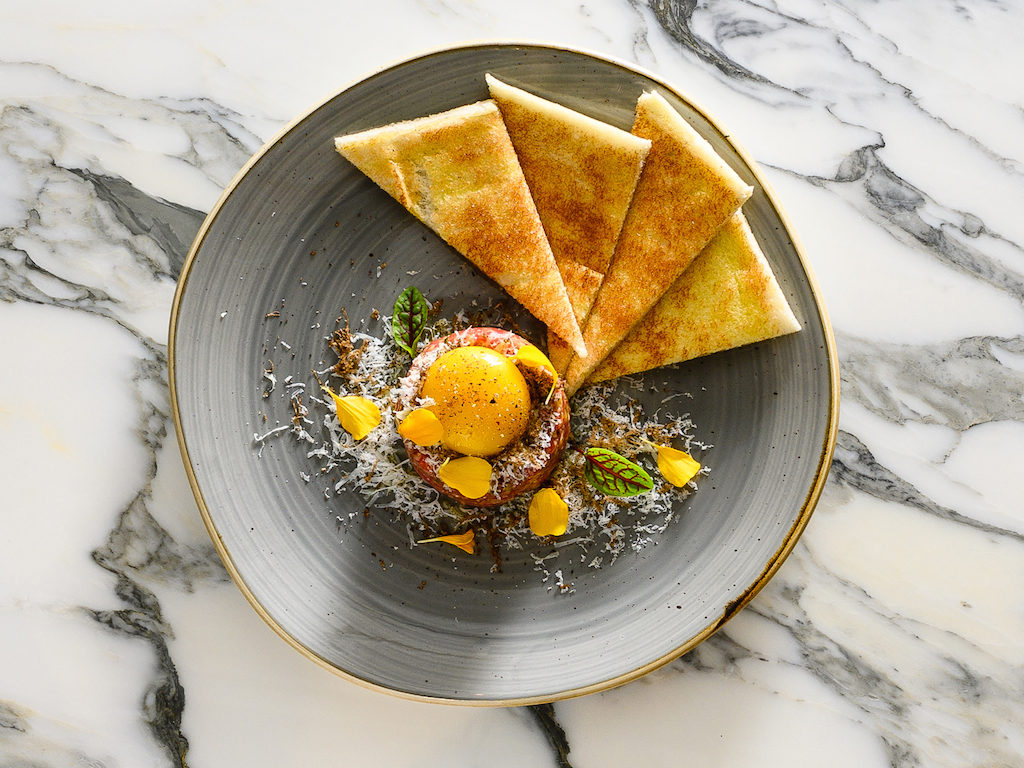 For years, For Your Eyes Only held the space at 536 King Street West and stood ground as one of Toronto’s last remaining strip clubs. When it shuttered in August 2020 after the owners sold the building that housed it, the vacant space raised a lot of questions. What would take over the massive space at King and Portland?

Now, finally, we have an answer. A restaurant called Mademoiselle Raw Bar and Grill has applied for a liquor license for the address, indicating it will be taking over the space.

Chef Evan Dickinson, who is responsible for the menus at Aria and Crush Wine Bar, will be at the helm. Mademoiselle will centre around raw food and seafood with an emphasis on sustainability. Full menu details have yet to be revealed, but it will reportedly include fish charcuterie, a chef’s table and an extensive wine program.

The restaurant comes from the same team behind Marbl, which is located just steps away at 455 King Street West (and features a lower-level champagne lounge that’s also known as Mademoiselle). Like Mademoiselle, MARBL’s menu focuses on fresh, sustainably sourced ingredients. Set on the food-focused corner of King and Portland, Mademoiselle Raw Bar and Grill joins the likes of Wilbur Mexicana, Lapinou, Baro, Gusto 101 and Lavelle.

According to a source for the restaurant group, the restaurant will feature a Miami-meets-Southern-France aesthetic. “As a team, we feel extremely fortunate to have the opportunity to open a restaurant at a time when the hospitality industry is at its lowest point,” reads a statement from the group.

Mademoiselle Raw Bar and Grill is slated to open this summer, pending the lifting of COVID restrictions, and is expected to employ over 200 staff. More details regarding the menu will be revealed as the opening nears. Keep an eye on the restaurant’s Instagram for the latest updates.