Losing their religion: cash-strapped churches are turning to developers and condos - Streets Of Toronto
Skip to content 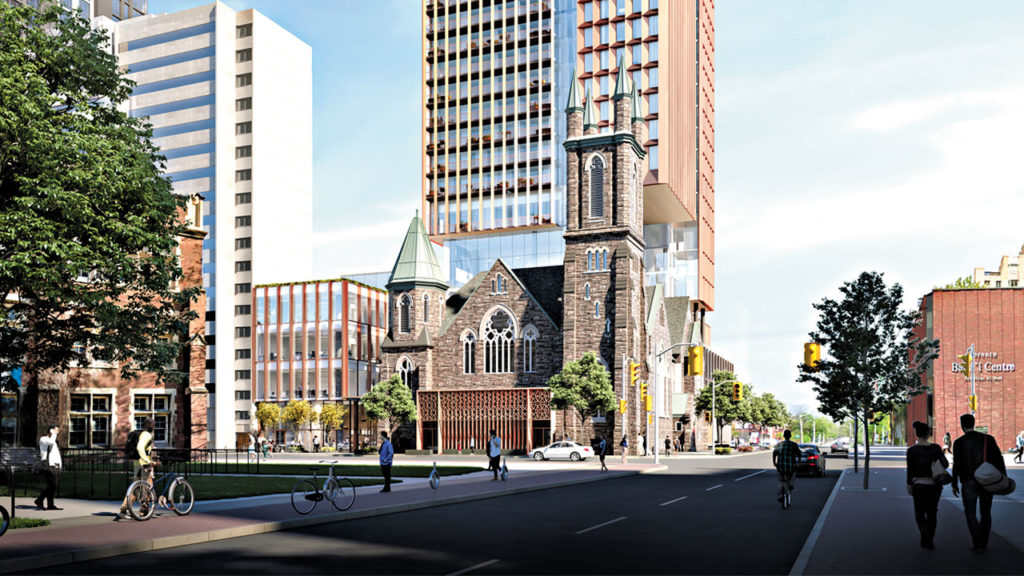 “Some of these churches — and depending on the age of the building — they may be looking at a lot of capital improvements or repairs,” explained Raymond Wong, vice-president of data operations at Altus Group, an advisory service for commercial real estate.

Joint ventures, then, can provide churches with new funding streams for upkeep and other community investments, even as their congregations and donations dwindle. On the flip side, developers get to build on what are often large, underused and well-located pieces of real estate — a rarity in Toronto these days.
About five years ago, Altus Group began tracking Toronto development applications related to properties that are, or have been, occupied by places of worship. It has 24 such files in its database, though not all are active.

The following examples are recently proposed or under construction. 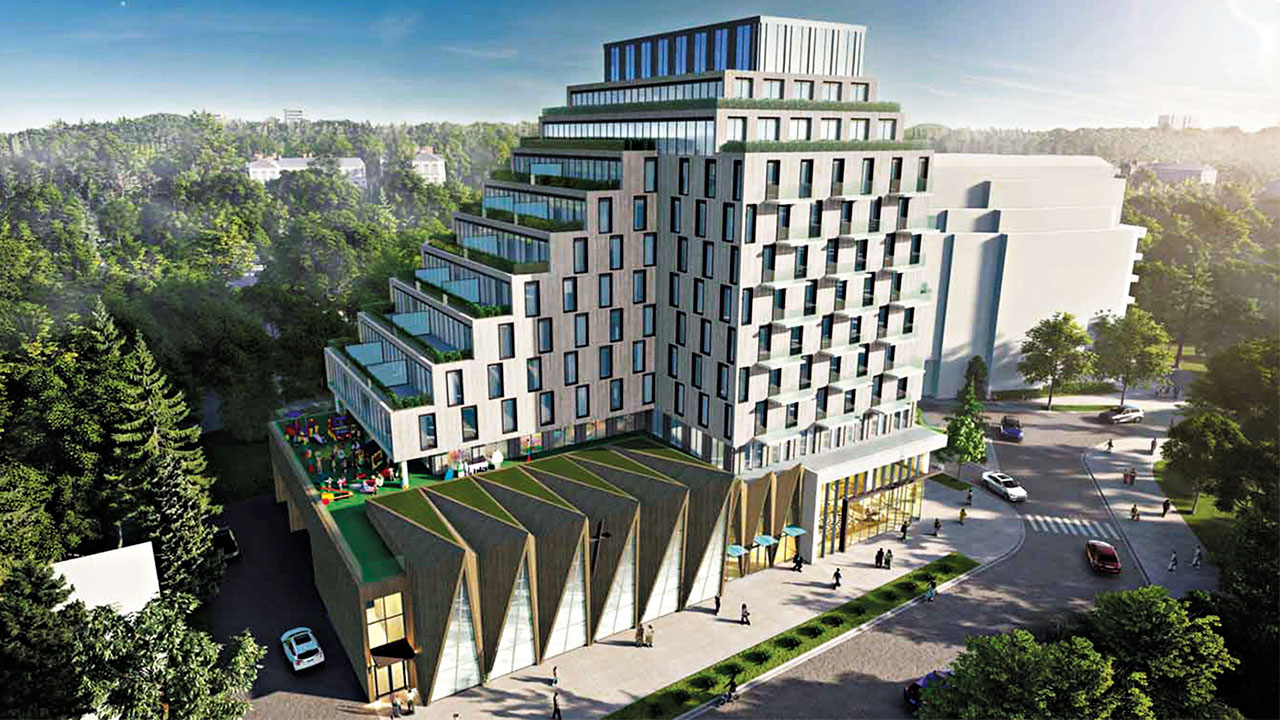 Agricola Finnish Lutheran Church, in Toronto’s Hoggs Hollow neighbourhood, puts a Scandinavian spin on the proposed redevelopment of the parcel of land its congregation has called home since the mid-’60s.

The congregation wants more room for cultural and religious programming — and to establish a new centre for the city’s Finnish population. Earlier this summer, with the help of consultants, it submitted a development application to raze its church in favour of a 12-storey tower.

The plan: Sell condos to raise seed money for new facilities, including a modern place of worship, classrooms, meeting spaces and a daycare.

Walmer Road Baptist Church and developer TAS began looking at redeveloping the former’s Annex property in 2019, hoping to restore the church’s beloved sanctuary space. They wondered: Could condos provide the means to revitalize the beloved community hub, which has been closed for years in a state of disrepair for lack of funds?

That’s exactly what TAS, in partnership with the church, is now proposing. If approved by the city, a July development application for a 20-storey, 162-unit condo tower would resurrect the site as a mixed-use complex, including a restored sanctuary with a redone interior — work the congregation’s pockets weren’t deep enough to manage.

The church, built in the late 1880s, would maintain ownership over 10,000 square feet of the sanctuary. TAS, meanwhile, would operate commercial space that could provide offices for social enterprises or perhaps a venue to stage arts and entertainment.

“Our intention is to make this a welcoming and inclusive space that maintains the congregation’s — and the sanctuary’s — historic role as a place for community and social innovation,” Ken Wilcox, vice-president of development at TAS, said.

“Cielo [Condos] is a great example of that — the tower coming out of an absolutely stunning church that grabs people’s attention and adds to the marketability of the project,” said Myers, who has consulted on at least one proposed church-developer project.

Cielo Condos is what developer Collecdev calls its mixed-use project on the site of the Bloor Street United Church, a late-19-century neo-Gothic heritage building. The development, which encompasses upwards of 200 condo units in a 29-storey tower, preserves and restores large portions of the spired, stone church (and the neighbouring Pidgeon House, a semi-detached home that dates back to 1890).

Collecdev is also joining forces with Saint Monica’s Parish, in north Toronto, on another similar project. However, in this case, the church is offering up its land on the condition that it gets a new facility. The plans, under review by the City of Toronto, propose erecting a 39-storey, 376-unit condo tower where Saint Monica’s currently stands and building a new church in front.

Aware that the existing church needed a major reno, the Archdiocese of Toronto began considering development opportunities six years ago, before settling on Collecdev as a partner.

In April, around the time Collecdev was breaking ground on its Bloor Street project, James Milway, the Archdiocese’s chancellor of temporal affairs, explained the thinking behind the group’s plans.

“When the dust settled, financially, the Archdiocese would be ahead,” he said.

Like many other church-related development schemes, the one for Wexford Heights United Church — whose history spans more than 175 years — saves the structure’s heritage elements while adding density, in this case with an 11-storey building and two townhouse rows. Unlike most others, though, the March 2022 proposal pitches all 100 homes as rentals, with nearly a third at below-market pricing.

Another difference is it’s part of a multi-year, nationwide initiative related to the church itself.

In May, Kindred Works, the newly established development manager for the United Church of Canada’s property arm, announced an ambitious target to create mixed-income housing for 34,000 people nationwide within 15 years.

Other active projects tied to Toronto’s United churches are for St. Luke’s and Wilmar Heights, as well as the Church of the Master United Church.

Tim Blair, CEO of Kindred Works, laid out the independent company’s vision: “We are demonstrating that it’s possible to provide equal benefits for your business, for the people you serve, for wider society and the environment.”