Looking Back: The early days of Toronto’s McLaughlin Planetarium - Streets Of Toronto
Skip to content 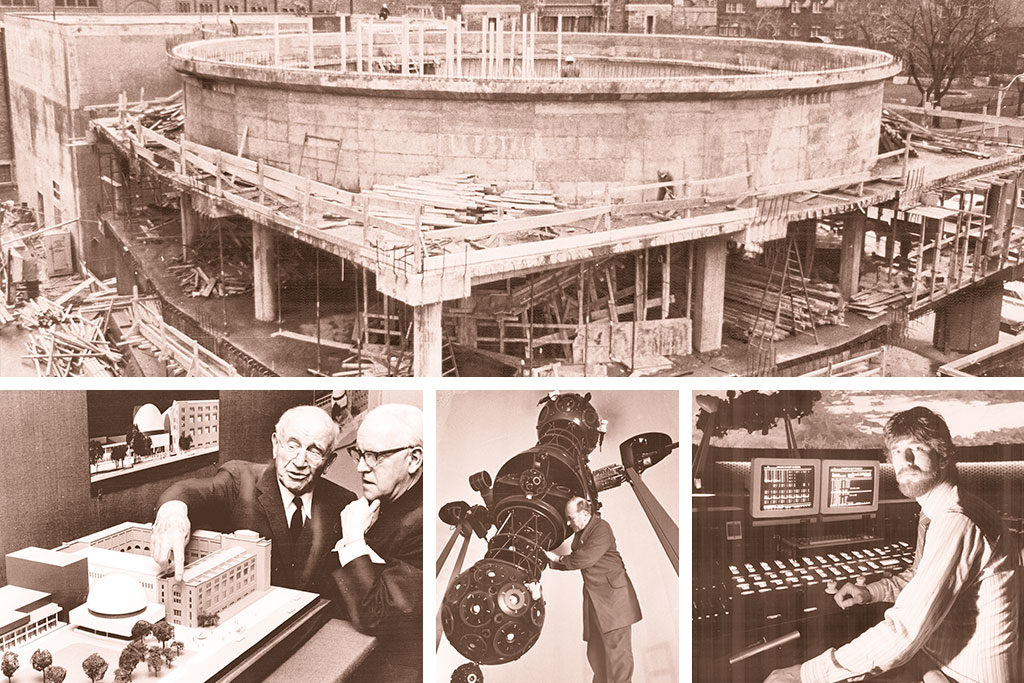 Toronto’s McLaughlin Planetarium, equipped with a (then) state-of-the-art Zeiss planetarium projector, introduced the city to outer space in a new way for the first time back in 1968 as part of the Royal Ontario Museum.

The planetarium was founded thanks to a massive donation by former General Motors bigwig Colonel R. Samuel McLaughlin, and it featured themed shows about stars and planets and other stellar phenomena.

The building had four floors and included gallery space for space-related exhibits, meeting rooms and more. The theatre featuring the astronomical shows was on the third floor and could seat 340 people.

The planetarium also housed the world’s first commercial stellarium and, in addition, hosted special holiday-themed shows, such as a Star of Bethlehem experience around Christmas.

In the 1980s, the planetarium saw a resurgence in popularity due to the popular music-themed laser light shows that featured music by, for example, Pink Floyd and Depeche Mode, Led Zeppelin and Nirvana.

The whole experience of bewildering laser shows combined with youthful, shall we say,  ahem, enthusiasm, proved to be a potent and popular mix.

But the momentum couldn’t be sustained, and the planetarium was closed in 1995 after Ontario’s premier at the time, Mike Harris, cut the ROM’s budget amidst dwindling attendance. Fourteen years later, it was sold to the University of Toronto for $22 million.

There have been a few attempts to save or revive the planetarium over the years, none of which garnered much momentum.

Recently, the university made public its new vision for the site, including a new Centre for Civilizations and Cultures. Plans for the centre also include a performance hall for the faculty of music.

Of note, the development will also provide a new plaza for the museum subway station and improved access to Philosopher’s Walk as well as Queen’s Park.