Local Hero: Two Thornhill girls are on a mission to collect 5,000 single socks for the homeless - Streets Of Toronto
Skip to content 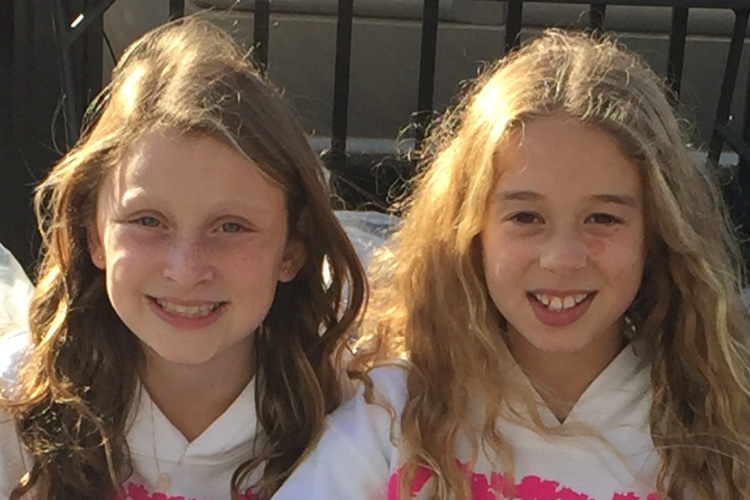 Best friends Carly Goldhar and Charley Rangel wanted to make a difference after seeing many homeless people while attending concerts and sporting events over the past few years.

Both students at Thornhill Woods Public School, they have known each other since they were two years old. “We both like to wear mismatched socks. But what about adults? They aren’t going to walk around with single socks,” Carly Goldhar says.

“When you have warm feet, you have a warm heart,” Charley Rangel adds.

So the girls, now 10, held their first sock drive at the Starbucks on Rutherford Road in mid-November, followed by a second one at the Ivivva store at Vaughan Mills a week later. There, the girls spoke to 40 kids about their mission to collect 5,000 socks, which they have dubbed the Odd-Sox Project. Councillor Sandra Yeung Racco paid a visit with new socks in hand. They have also received support from their peers at school, where they have placed Rubbermaid bins, which were donated by Staples, in the hallway to collect socks. People in the community have been dropping off socks at their houses, and Costco and the Bay have donated some.

At press time, the girls had nearly 5,000 socks (but they hope to collect even more), and had started sorting through them to create pairs, so they can distribute them to various homeless shelters in York Region. The third sock drive was held by Carrville Mills Public School at Stephen Lewis Secondary School in Mississauga, Ont., on Dec. 8. They plan to tackle gloves and get other schools involved in 2016.

Consider donating your single socks this holiday via odd-sox.org.