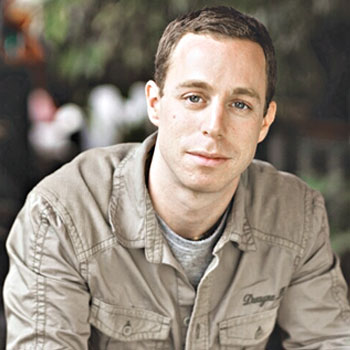 MARC KIMELMAN WAS on his way to becoming a successful choreographer in New York City when he was diagnosed with cancer. Within weeks, he was back in the GTA, living with his parents and undergoing chemotherapy.

Coming home helped the area resident to focus his energy on getting better, he says.

“I was able to give my body the proper time it needed to heal,” says Kimelman.

Not everyone he encountered was so fortunate, which is why Kimelman recently put together I Move Forward, a performance event designed to raise money for artists affected by cancer. So far, more than $23,000 will go to support the Actors’ Fund of Canada.

The event brought together choreographers, dancers, musicians and singers to perform six segments. Each segment reflected a theme from Lance Armstrong’s acronym for cancer, the first being courage.

For Kimelman, it was important to give back. He was touched by the stories he heard while he was undergoing treatment.

“I was very heartbroken in the hospital,” he says. “Not so much by my situation, but more so from meeting my fellow patients, who were unable to have the luck that I had.”

Of all the people Kimelman met during his treatment, he remembers one man in particular — a single father of two.

The man had only begun chemotherapy a few weeks earlier, and after a rigorous day of treatment, he drove from Sunnybrook Hospital to a Newmarket farm to do hard labour.

“He probably hadn’t felt the full side effects yet,” Kimelman says. “I just remember thinking how hard it is for me to get up the stairs to my bedroom after chemo, and even just focusing to read a book can be difficult, let alone work.”

The father didn’t really have a choice though, says Kimelman. He was doing it to support his sons in university.

The inspiration for the event came from Kimelman’s friends, who brought up the idea of putting a performance together to raise money for the charity of his choosing.

Kimelman worked on organizing it from his hospital bed.

“This has been an amazing creative outlet for me,” he says. “It gave me something to think about other than the illness, and it really energized me and inspired me to keep moving forward.”

The physical toll of Kimelman’s illness was tough. He couldn’t do the thing he loved for about five months.

“Dance is what drives my life, and it’s the means of expression that most satisfies me,” he says. “Just knowing that there were other people dancing their hearts out for me during that time gave me hope to just keep getting stronger.”

Kimelman finished his treatment a few weeks ago, and he’s doing well. Donations can continue to be made at www.imoveforward.ca.