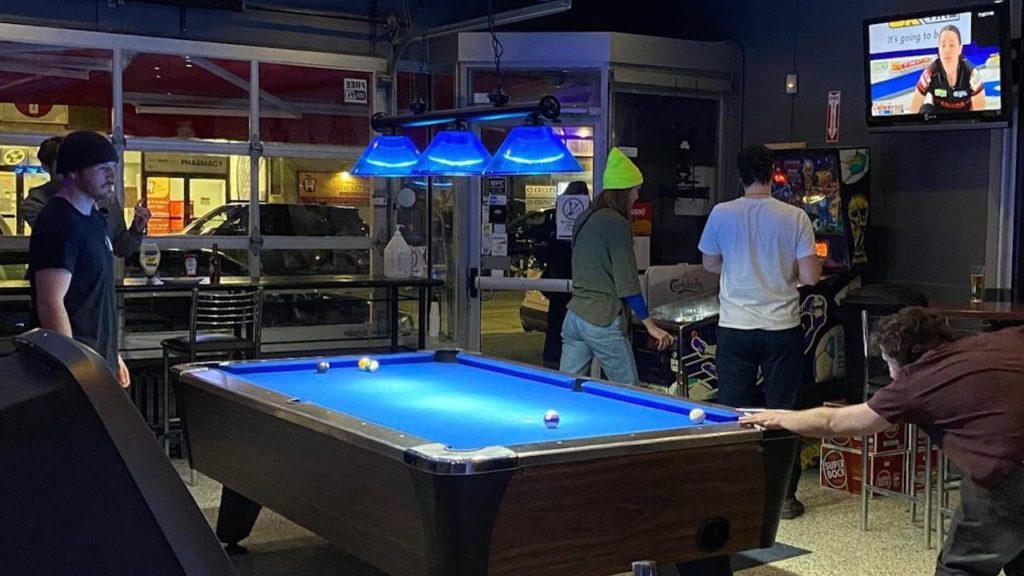 Little Portugal is recognizable for its standout street art, with many of its brick walls decorated with colourful murals. Little Portugal runs with Lansdowne Avenue to the west, College Street to the north and Ossington Avenue to the east. Little Portugal can be accessed easiest by hopping on the 505 or 506 streetcars, which both serve Dundas Street West, or by riding the Bloor-Danforth line and exiting at Lansdowne Station. And with the 2022 FIFA World Cup underway, Portgual fans might be looking for places to celebrate the beautiful game within the neighbourhood.

Catch the team play their first game in the group stage against Ghana at 11 a.m. on Thursday, and again at 2 p.m. on Monday, Nov. 28 against Uruguay.

Looking to be surrounded by Portugal fans while you watch? Amigos da Dundas Sports Bar is right in the heart of Little Portugal and will surely be teeming with soccer fans throughout the World Cup. Enjoy Portuguese classics including bifanas, a marinated pork sandwich, while cheering on your team.

Rosa Branca Sports Bar is also in the neighbourhood and ready to cheer on Portugal (and maybe a few other teams too). Open until 2 a.m. every day and home to a pool table for those who like to stay entertained while they watch, it’s the perfect place to host your unofficial World Cup watch party.

There’s plenty more to choose from; Little Portugal is home to all kinds of sports bars that will definitely be showing the World Cup over the next few weeks. Try The Dock Ellis for beer, large-screen TVs, foosball and pool, Opera Bob’s Public House for a place that’s accustomed to being descended upon by sports fans come game day, or Man of Kent if you’re ok with English pub fare while you’re cheering on Portugal. Or, try Nossa Casa Sports Cafe for those morning and afternoon games thanks to that pesky eight-hour time difference. Funky bars with Brazilian and Portuguese wine lists and family-run Portuguese-style bakeries all serve traditional pastries, sandwiches and freshly-baked breads and cookies. If you can’t book a trip to Portugal just yet, Toronto’s Little Portugal neighbourhood is the next best if you’ve been craving pasteis de nada or custard tarts.

Along Dundas Street West, which is the centre of Little Portugal, Brazil Bakery serves old-school specialties at prices normally unheard of in a city as big as Toronto. From behind a modest glass service counter, you’ll find authentic, indulgent Portuguese treats like chocolate drizzled or plain pasteis de nada, traditional Portuguese biscuit cookies (biscoitos) and a selection of cakes and tarts. The bakery also does a hot table, where foods like bifana, a pork sandwich simmered in sauce, can be ordered, along with a selection of other custom-made sandwiches to go.

If it’s classic Portuguese chicken you’re after, go for dinner at the humble Bairrada Churrasqueira Grill. The establishment specializes in traditional grilled meat and seafood entrees, as well as quick to-go bites including fried calamari. For a fine dining experience, don’t miss Chiado Restaurant, which pairs Portuguese wines with refined, old-world recipes and is run by one of North America’s leading chefs, Albino Silva.

One of the best ways to explore Little Portugal is by walking. Although the area is largely residential, located in Toronto’s “Old City,” Little Portugal is always a hub of activity, with events taking place year-round. Dundas Street West is also home to many art galleries, some established, and some up-and-coming, where visitors can view a mix of everything from modern art to fine art.

The neighbourhood is also home to the Little Portugal on Dundas BIA, which is a small and independent business collective located on Dundas Street West, between Shaw and Lansdowne Avenues. This eclectic mix of small boutiques, bars, venues and galleries makes it easy to see a lot of Little Portugal all at once, and also makes it easy to shop local, as big box stores and chain restaurants are scarce here.