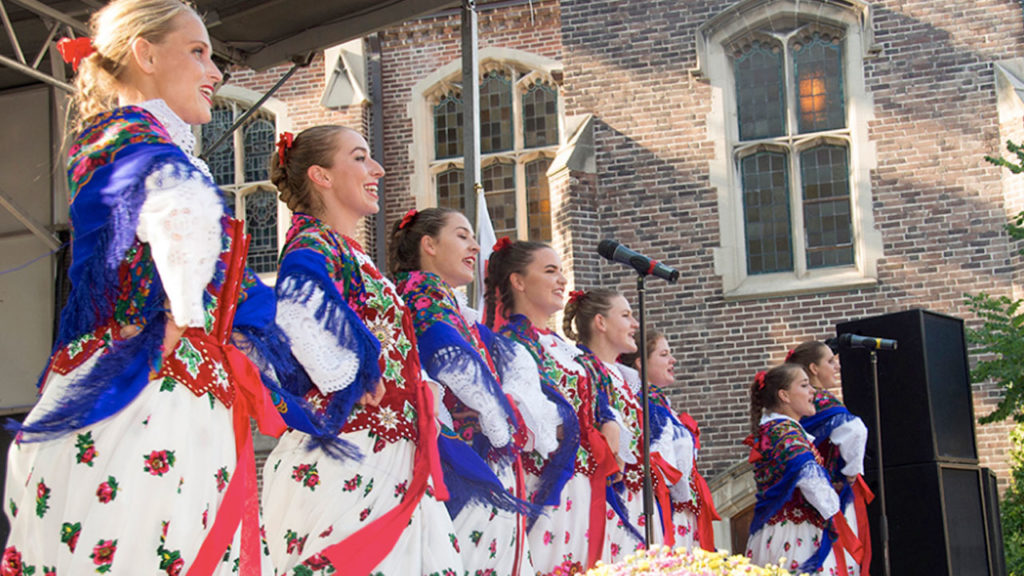 The Roncesvalles Village area of Toronto, also called “Roncy,” has traditionally been known as the city’s Polish-centric hub. To the east, Roncesvalles Village borders one of Toronto’s most sought-after green spaces, the 400-acre High Park, as well as the surrounding Parkdale neighbourhood. And with the 2022 FIFA World Cup underway, Poland fans might be looking for places to celebrate the beautiful game within the neighbourhood.

Catch Poland’s first game at 11 a.m. on Tuesday against Mexico and then again on Saturday at 8 a.m. against Saudi Arabia in the group stage while enjoying everything Little Poland has to offer.

Just want to grab a seat and a beer and keep your eyes glued to the TV for the duration of the game? No problem! There are a few Little Poland pubs and bars that will surely be turning the channel to the game when Poland is playing. Inter Steer Tavern has been around in the neighbourhood for over 30 years and, along with live music nights and amazing Polish eats, has hosted events with special beer and wing deals for sports events including the Super Bowl in the past. Pints and pierogies? Say no more.

Or, try Round the Horn on Roncesvalles Avenue, a dedicated sports pub that offers board games and pinball alongside great beer and pub food. You’ll definitely be surrounded by some major Polish fans while you’re there to cheer on your team!

Interested in checking out the rest of the area while you’re there? Start your trip to the neighbourhood with a stroll down Roncesvalles Avenue, where you’ll take in the sights and sounds of vintage shops, bookstores, cafes, restaurants and shops you won’t find elsewhere in the city. Eastern European fare is alive and well in Little Poland, with hundreds of small cafes and shops to choose from.

Located in the heart of the neighbourhood, Cafe Polonez has been catering to the Little Poland community for more than 30 years, serving home-cooked Polish foods, like traditional breaded chicken schnitzel (also available on a sandwich or as a melt), Polish sausage topped with fried onions, and, of course, pierogies served with a side of sour cream for dunking.

For a cool treat, don’t miss Ed’s Real Scoop, a local ice cream shop specializing in small-batch ice cream, gelato and frozen yogurt, as well as ice cream cookie sandwiches. One of the most enchanting things you’ll experience in Little Poland is just how well its butcher’s shops and cafes honour the Eastern European way of life.

In this neighbourhood, it’s not uncommon to see older gentlemen sipping czarna (strong, black coffee) in the mornings and well into the afternoon, chatting amongst one another and watching life go by on the crowded sidewalks. Grab a coffee and a treat to go from Cherry Bomb, a cafe located on Roncesvalles Avenue, known for its delicious baked goods and freshly-brewed coffee, and head over to High Park for a leisurely stroll.

With its cherry blossoms in the spring, breathtaking colours in the fall, warm, quiet nights in the summer and snowy trails in the winter, it’s the perfect way to experience the best of Little Poland year-round.