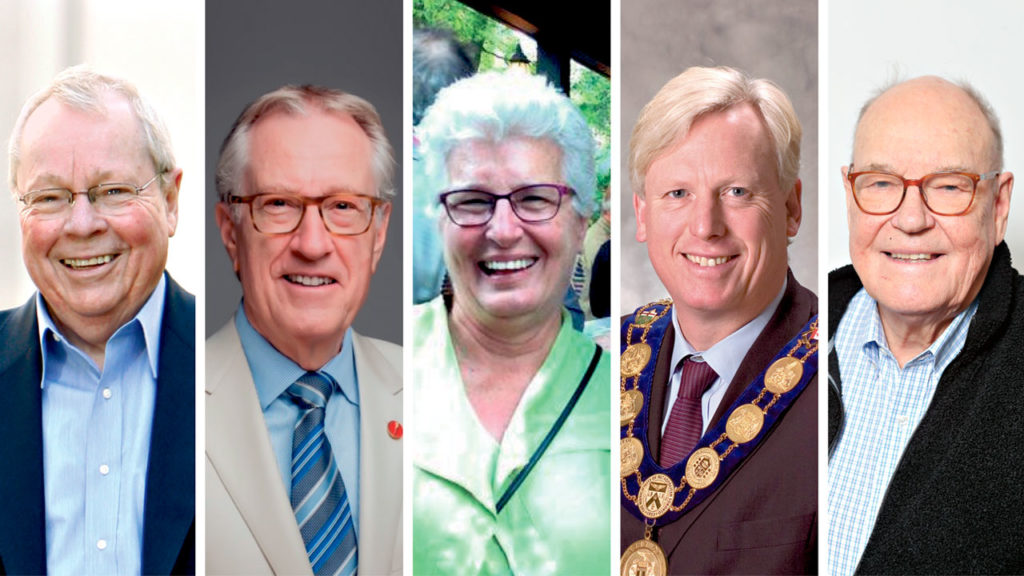 There are five former mayors of Toronto who are alive and well in the city. Every one of them opposes our current mayor, John Tory, accepting the unheard-of new powers granted to him by the province of Ontario under the proposed Bill 39.

Below is the letter in its entirety sent by David Crombie, former mayor and Progressive Conservative member of parliament, and signed by Art Eggleton, Barbara Hall, David Miller, and John Sewell.

Recently, you declared your support for the Ontario Government’s Bill 39—indeed, acknowledging your participation in its evolution.

This Bill would allow you as Mayor to pass bylaws with support from just over one-third of Council members in any matters somehow defined as “within a Provincial interest.”

We are appalled at this attack on one of the essential tenets of our local democracy and a fundamental democratic mechanism: majority rule.

We are fearful of the real substantive risks this change would pose for our City. The principle of majority rule has always been and must continue to be how Council conducts the public’s business.

We are now in a time when our provincial government is revealing its real agenda for our future. It is a disturbing future. It includes the unwinding of our Greenbelt and the hollowing out of the mandate of Conservation Authorities that were created to protect us from environmental disaster.

The province is also taking steps toward the intentional reduction of farmland in favour of more urban sprawl and the stripping away of rules and regulations supporting the building of healthy and affordable communities. All of this is taking place this within a matter of months into a new mandate, without having put these troublesome changes before the voters. This is alarming in the extreme.

With the integrity and wellbeing of Ontario and its residents on the line, people, communities and civic institutions are organizing for an historic struggle across the province.

In that spirit we ask you to join us and begin by, together with Council, soundly rejecting Bill 39.