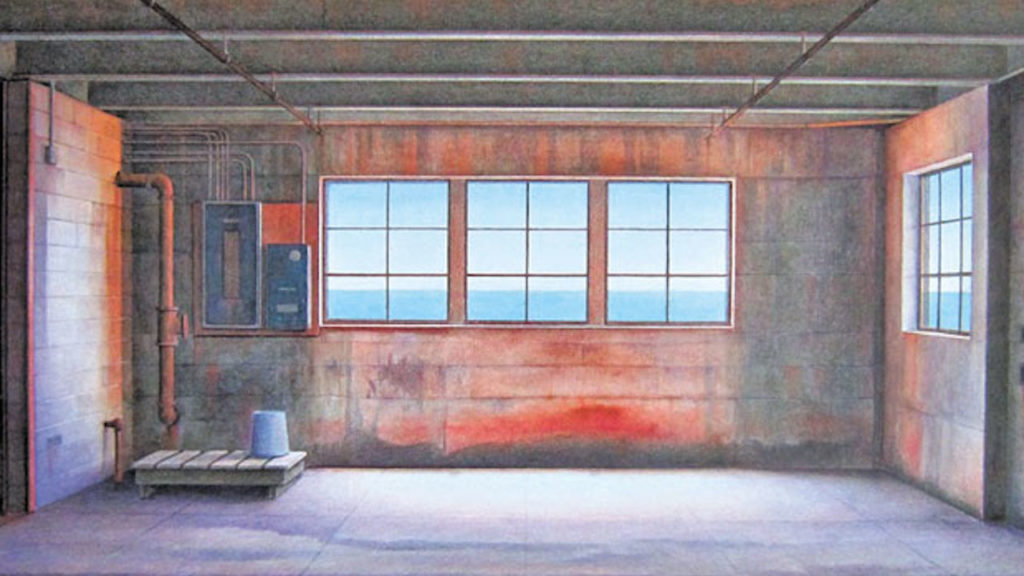 “I think most Newfoundlanders, certainly those of us who were born before Confederation, have a different sense of what Newfoundland is,” said Pratt, during a past interview with Streets of Toronto. “I was 13 and a half years old before I became Canadian.” And the master is no longer.

One of Canada’s greatest contemporary artists, Christopher Pratt,  passed away yesterday at the age of 86.

Pratt was a Newfoundlander through and through, though not, he once assured, to the detriment of his Canadian identity (he was a proud Companion of the Order of Canada, and designed the provincial flag of Newfoundland and Labrador). Born in St. John’s in 1935, he has only briefly resided off the island, and he had lived his childhood years not as a Canadian, but as a Newfoundlander.

This lifelong allegiance to the Rock was reflected in Pratt’s art. Local seascapes, boats, architectural elements and roads populate his paintings and prints. His work, he says, is a record of the world he lives in, and from early on, his paintings were “almost a daybook or personal diary.”

This quotidian use of the medium reflected Pratt’s natural ease with painting, which he first attempted at age 15 under the tutelage of his grandfather.

“It sounds corny,” he once said, “but it was almost like a calling.”

“He died as he wished, surrounded by family and friends in his home of 59 years on the Salmonier River,” said the family, in a statement issued following his death Sunday evening.

Pratt is considered one of the country’s greatest artists. His work is on display throughout the land including at the National Gallery of Canada and in Toronto, at the Mira Godard Gallery.