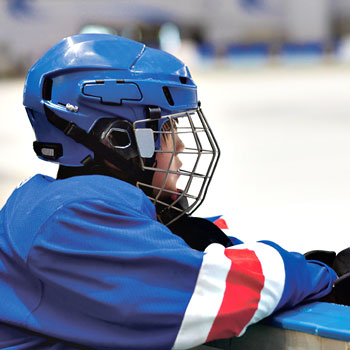 What do parents want most to do? We’re desperate to teach our kids the life lessons they’ll need in order to thrive. This is the most fulfilling job in life — and the toughest. Nobody goes to teacher’s college for parenting. If you did, and it was a better college than most, they’d tell you that kids learn best when the teacher asks questions to draw the knowledge out of them; no coincidence that the Latin root of educate means “to lead forth,” not to open passive brains and pour in info.

As parents we love to lecture. This is because our hearts are in the right place, but we mess up the delivery. There’s so much we want them to know — and they’re a captive audience (in the car, at mealtimes, when they want money). So we talk at them. We can’t keep our mouths shut. It’s convenient. And useless.

When we lecture, they’ve heard it all before. They close their ears (as we did before them when our parents lectured us). But if we don’t lecture, how are we to teach our children?

Try debriefing them after every experience they have that you figure they should learn from. Debriefing is the best teaching tool we have. It is reflecting on an experience in order to learn from it. Here’s how:

Let’s say, for example, that your son is allergic to trying new things. It’s a struggle every time. And then most times, after he gets over that initial hurdle, he’s fine with the new thing — once it’s not new any more. You’ve tried telling him that. Let’s call a spade a spade. You’ve lectured him about why he oughtn’t to fear new things anymore, because it always ends up being okay. Which probably works as well as me telling my daughter to stop being late all the time. My definition of a stupid person is someone who does the same thing over and over again — and it doesn’t work. So let’s both of us smarten up.

Here’s how you debrief your son about fear of new things. Imagine you forced him, for example, to join a house league and get on the ice for his first hockey game. He put up the usual fuss beforehand, and you had the usual miserable time getting him there. Then the other usual thing happened and he had a great time. But instead of doing the final usual thing and lecturing him about that process, ask him: “What happened there?”

He’ll look at you like you’re crazy and say: “What do you mean? Nothing happened.” Then he’ll wait for the lecture. By not giving it, you have his full attention. You then ask: “How did you feel about going to hockey before we went?”

After he tells you, and you listen well, without commenting, ask him: “How did hockey turn out to be?” Again you refrain from lecturing, and listen some more. Then you ask him: “What did that teach you about doing stuff you’re scared of doing?”

It will be hard for him to answer that question the first dozen times you ask it. But then he’ll start to believe that you really want to listen to his experience rather than tell him what to do. And he’ll start talking about it.

Then you go for the gold. This part is where you get him to generalize on that one experience to other similar situations. This is where you say: “That’s so interesting. You’re really smart to figure that stuff out.” You’ve just helped him feel proud of himself. The technical term for that is raising self-esteem. Then you ask him: “I wonder how you might use that learning other times when you’re scared of doing something.” And sit tight (and silent) while he figures that out and tells it to you. Which makes you the best teacher your child will ever have, because you’ve just taught your child a huge life skill.