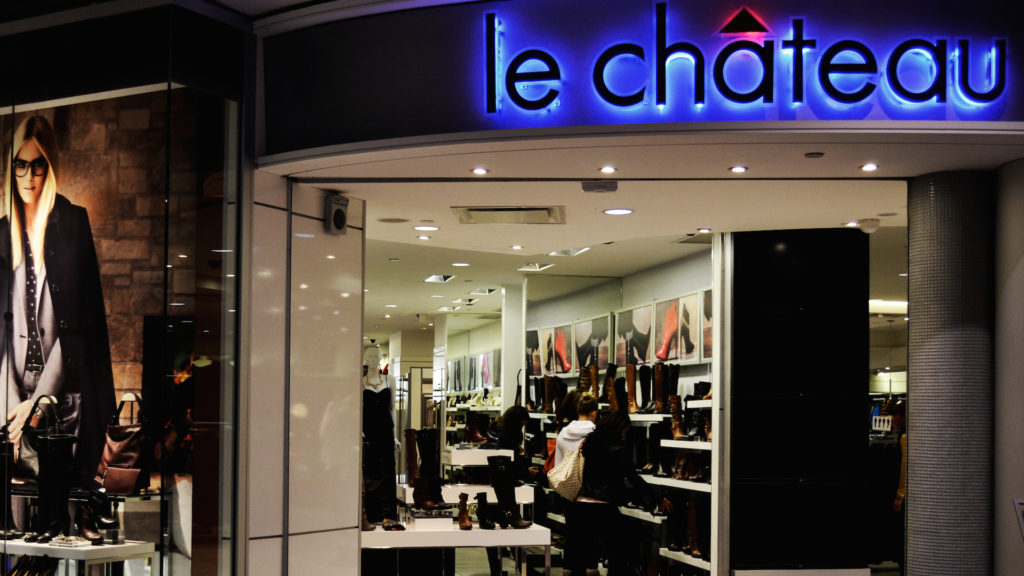 Lovers of nostalgia and fashion will rejoice to hear that Le Château is making a comeback after its pandemic-prompted closure in 2020. The brand will reopen in 37 stores across Canada after Suzy Shier acquired the company’s intellectual property, including seven stores in the GTA.

The new Le Château collection is focusing on evening wear, what the brand was known for before its closure. So far, only the locations in Scarborough Town Centre and Erin Mills Town Centre in Mississauga have opened, but by April 21, the rest will open, including one in Orfus Road in Toronto, Trinity Commons in Brampton, Vaughan Mills in Vaughan, Promenade Mall in Thornhill and Square One Shopping Centre in Mississauga. The brand will open inside already existing Suzy Shier locations.


Franco Rocchi, the senior director of marketing with Le Château and Suzy Shier who was with Le Château for 40 years up until it closed, said the reopening of the brand with Suzy Shier makes for a perfect “synergy” between the brands. “Suzy covers casual wear, work wear, day wear, whereas Le Château reigns supreme when the sun sets,” he said. “Customers will have a new experience where they get 360 degrees of service, all under one store.”

Le Château originated in 1959 in Montreal as a menswear store, but quickly pivoted to womenswear. By the ’60s, the brand focused on fashionable imports for a younger demographic, which turned into mainstream local fashion in the ’70s. For those growing up in the ’80s and ’90s, the brand was known as the place to go for more affordable, trendy clothing and “club wear.”

I learned of it this way
“Le Chateau is being ressurected…”
*nod okay fond memories of 90% of my clubbing clothes*
“…as a pop-up in some Suzy Shier locations.”
*huh didn’t that stop existing in the 80s??*

Rocchi said the new Le Château will be less “utilitarian” and focus more on on-trend fashion. “The new Le Château is really about fashion, constantly evolving with whatever is new and hot in the occasion fashion,” he said, referring to special occasion wear and evening wear.

With the reopening, the brand is still focusing on affordability. “Dresses here start at $69, and you can get fully beaded gowns for $190.”

Rocchi said the Canadian market is missing someone catering to the niche of affordable dresses and evening wear, and after the pandemic, there’s a real need for it. “After two years of people being at home, they’re ready to step out again and take back the night,” he said.

While Le Château had a few offers from companies looking to acquire the brand after they closed, according to Rocchi, other contenders would have seen the brand leave Canada and enter the U.S. market. “Suzy is still in Canada, which is great for the store at the end of the day.”