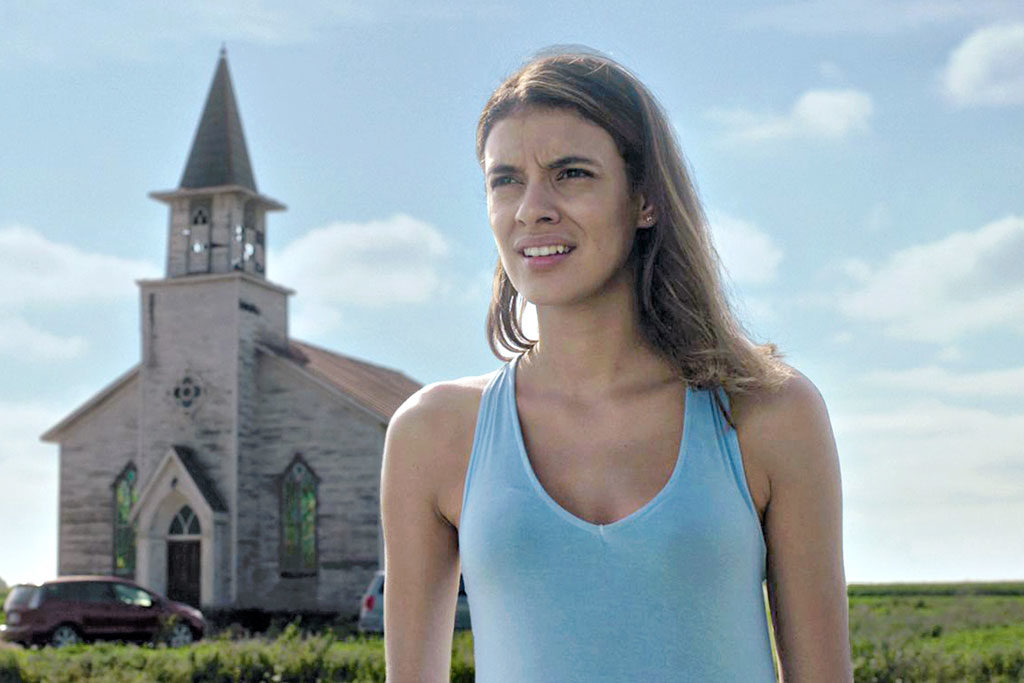 Recently, whenever actor Laysla De Oliveira finds herself driving along Bloor past her old alma mater, Rosedale Heights School of the Arts, she rolls down the window and yells, “I’m going to be OK. I made it.”

And made it she has. The Toronto actor made a big splash at the Toronto International Film Festival last month and is set to unleash her next big thing: The frightening movie In the Tall Grass, based on a novella by Stephen King and his son Joe Hill.

The new role comes on the heels of the young actor’s breakout appearance in Atom Egoyan’s latest, Guest of Honour, which was featured at both the Toronto and Venice film festivals.

In Guest of Honour, she portrays Veronica, the daughter of a restaurant inspector (British actor David Thewlis). It was an intricate role wherein she played the same character over three time periods.

Given Egoyan’s propensity for creating these meaty roles that act as springboards for young actors, it is no surprise that Laysla De Oliveira is having something of a moment.

“This is kind of like my first major introduction to the world, if you will,” she says. “Venice was such an unbelievable experience. I’d never gone to Italy before, let alone to be there with all these people I admire and have a film in competition there. I had to pinch myself the whole time.

“The Toronto [International Film Festival] was a full circle moment for me because I’m from here, went to theatre school here, my family is here,” she adds. “To have them be able to see that and what I did was amazing.”

In the Tall Grass is directed by another talented Torontonian:  Vicenzo Natali. De Oliveira gives the director high praise.

“It’s such a dream come true to work with [him], he’s so sweet, and he creates such a safe space for us to work in,” she says. “Every day, he’d send a text or email thanking us for our hard work. And because he was so nice, we wanted to give our best, give him whatever he’s asking for. Plus, he really has a great vision.”

The movie, which premieres on Netflix on Oct. 4, tells the story of a pair of siblings travelling to San Diego who stop alongside a field of tall grass, thinking they’d heard a boy cry out for help. And, as one does in scary movies, they see no other choice but to wander into the field. Then stuff starts to happen.

De Oliveira, a self-professed “scaredy-cat” doesn’t have a lot of experience in horror film.

“I’m terrified of scary movies, so I don’t really watch them,” she says. “I couldn’t even sit through It. But I like psychological thrillers, and this is more in that vein. That’s why I was very interested in doing it.”

De Oliveira didn’t really consider acting as a viable career option until high school but was always a performer, especially during dinner parties at the family home.

“I did always want to act. I just didn’t know it could be a career,” she says. “My mom would host dinner parties and I would charge guests $2 for dinner and a show, and I would lip-synch to Britney Spears.”

She actually ended up in modelling at a young age after being scouted on the street. She did some commercials, and there were opportunities, but after her first drama class at Rosedale, she was all about the acting.

“After that, I went to a theatre school that I really liked and they encouraged me to maybe try and go to L.A.,” she says.

“Which I did, and that’s how I ended up right here.”