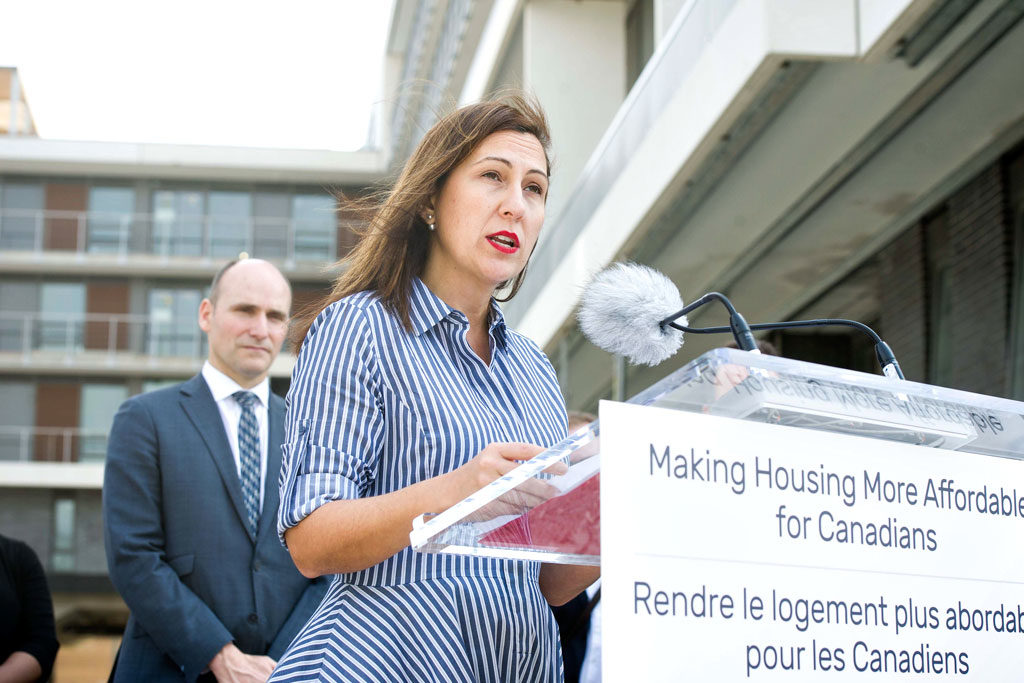 Lack of affordability and low housing supply continue to hamper the city of Toronto, but there are creative solutions forthcoming that could at least help, if not solve the problem.

One innovation, laneway housing, has proved so successful  since its introduction last fall that Toronto City Council is looking to expand the scope of the project to the entire city.

A laneway suite is a dwelling at the rear of a residence detached from the primary home and adjacent to a laneway that runs behind the lot.

Last month, council’s planning and housing committee adopted an agenda item that calls for a review and consultation, with a view to expanding the reach of the Changing Lanes policy.

Councillor Ana Bailão, the city’s housing advocate, sees the policy and subsequent increase in laneway units used as secondary housing suites as another tool in the city’s tool box to tackle issues around rental housing stock and affordability.

“We know it’s not going to bring thousands of units,” she said. “It will be a gentle increase in density.”

There are more than 325 kilometres of public laneways in the entire city of Toronto, of which 235 are covered under the current bylaw. The remaining 99 kilometres could be included in the near future.

Bailão is satisfied with the progress thus far but thinks word hasn’t really gotten out yet.

Many in the industry are excited about the possibilities of this new market.

Lanescape, along with non-profit Evergreen, developed the laneway suites report upon which  the Changing Lanes policy was based.

“It’s incredible because I really see, once the dust settles on the policy and some laneway houses get built, homeowners are going to see that it is possible,” Cunha said.

As he explained, the possibilities regarding this type of project will become more clear when suites get built and data starts to come in about how laneway suites influence property values, the return on investment in the short and long term, as well as what kind of inventory there is.

“Using Vancouver as an example, it is doing 500 permits a year for laneway houses. The city of Toronto is twice the size, so the sky is the limit,” he said.

The current policy was enacted last August, and already there are dozens of building permit applications in the city’s core study area, which extends from the waterfront up the middle of the city to St. Clair Avenue in midtown Toronto, and roughly from Parkside in the west to Victoria Park in the east.

Bailão explained that although most of the usable laneways were covered under the first policy, there are a few areas with laneways with potential for suites that will be covered by the expanded pro  gram in the future.

“Eventually I really see the low-rise housing stock  in the city almost doubling.”

Such areas include the northern part of Bailão’s ward, between St. Clair and Eglinton, to the west in Ward 4, which includes Roncesvalles village, Parkdale and High Park, as well as small pockets in councillor Josh Matlow’s Ward 12.

“We wanted to make sure now that the opportunity was available to the whole city,” she explained.

Bailão said there have been relatively few concerns coming from local residents regarding the policy.

Even with regard to parking, there have been relatively few feathers ruffled, she said.

With laneway suites, there is no requirement to provide off-street parking, so residents of said units would simply not have a car or apply for an on-street parking permit like any other resident.

Given that Toronto already has 70,000 secondary suites of some sort or another, it seems residents are used to the idea.

“It’s not like thousands of people are turning their laneway garage into a unit with an apartment on top,” Bailão said. “It will happen slowly. Given the affordability issues in the city, for someone to have their parents living close by could have a huge impact on family and financial life.”

According to Cunha, there are three main reasons why homeowners develop an interest in the construction of a laneway dwelling.

First, it looks like they are becoming necessary from an affordability standpoint and are replacing the idea of having a basement apartment for added income.

Second, homeowners may have aging adult children who are finding it difficult to break into the Toronto real estate market. It may also be an option for families with aging parents who want to have them close to home.

And third, the suites could provide much-needed extra room for anything from an art or music studio to a place for a home-based business or office.

Cunha said the current policy is very flexible with a lot of room for creativity.

“The current policy was enacted in August, and to be honest, I had imagined much stricter rules surrounding the policies, like limiting square footage and parking requirements, but the actual bylaw is very open-ended,” he explained.

“You can build quite a large square footage.”

It is also possible to have more than one secondary unit in a laneway suite, but it would require a very substantial lot property to meet the city’s guidelines.

What is not allowed is the severance of laneway suites to be sold independently.

But Bailão recognizes it is always a risk that a homeowner could take the city to the Committee of Adjustment and the Local Planning Appeal Tribunal to try and force through a severance.

To combat that very scenario, the city established a development fees deferral program.

“When you build a secondary suite, you don’t pay development charges, for instance if you build a basement apartment,” said Bailão.

For laneway suites, those charges are deferred, not cancelled, just in case.

“If there is any chance in future you ask for that severance and you get approved, you will pay,” she said.