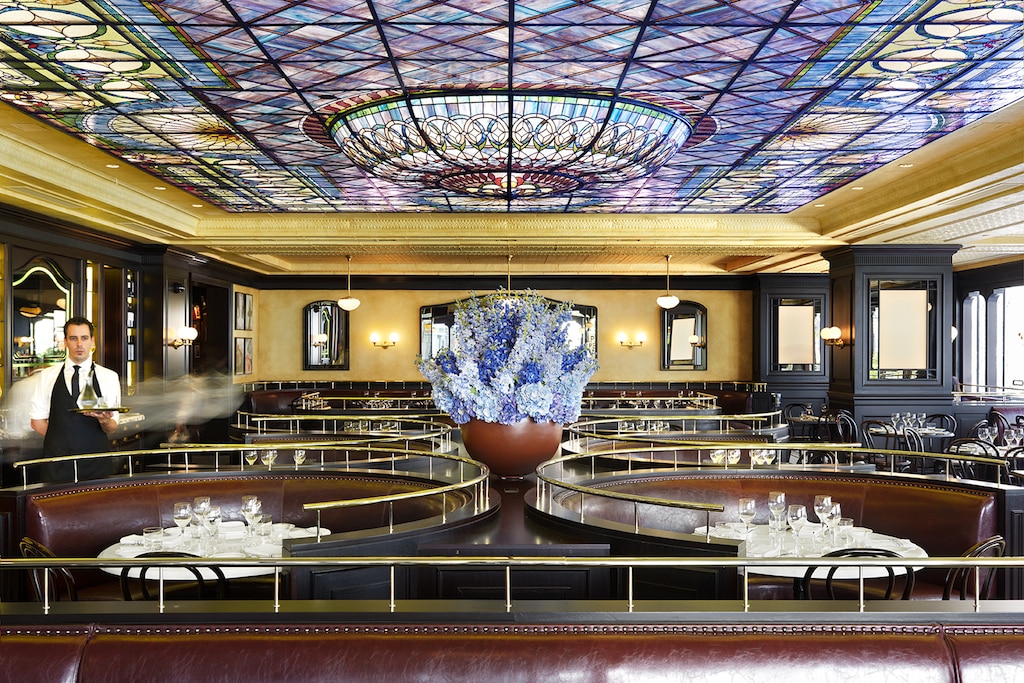 Yorkville’s swish French bistro La Société has announced it will close its doors on New Year’s Eve. The Parisian-influenced restaurant owned by INK Entertainment opened in 2011 and became known for its dramatic stained glass ceiling, excellent wine list, and well-executed French fare.  Also a favourite for posh weekend brunches, La Société’s popularity in its first year prompted INK to launch a second outpost of the restaurant in Montreal in 2013. Although it’s sad news for lovers of fancy brunch and fine French fare, the bistro is going out with a bang. To commemorate the last night of service on Dec. 31, La Société will serve a $100 prix fixe menu. The evening will also feature DJ music and free sparkling wine at midnight. In addition, the restaurant is hosting a four-course farewell dinner on Dec. 10, with a $90 set menu and a $45 wine-pairing option.

Fans of INK Entertainment, which also owns Byblos, Estia, and Sofia, among other restaurants, will be pleased to learn that the group has a new concept in the works for the La Société space. Although no details have been revealed yet about the new restaurant, it will open “in the near future” according to a press release.