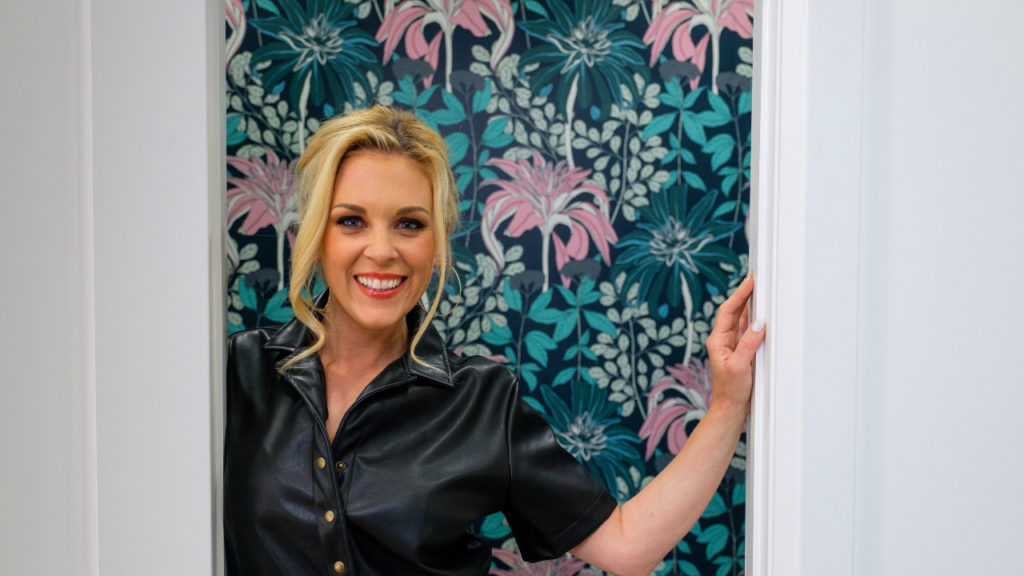 Fall is here, and the change of seasons might have you itching for a modification when it comes to home design. Instead of a full home renovation, making simple decor alterations to arguably the most important room in the house – the bedroom – might be all you need. We spoke to HGTV’s Kortney Wilson about some of the key ways to invest in freshening up your bedroom.

Where do you start to change the vibe of a bedroom?

Layers. Layers and more layers. The key to making a bedroom feel warm, comfy and glamorous is layering linens. Step one: start with some clean, fresh white sheets. In the end, even with pets and kids, they can be bleached. Step two: find a beautiful comforter or a duvet cover and overfilled duvet. By going with a duvet cover and investing in a really nice duvet, you can change up the look from season to season.  Step three: have four fresh pillows that don’t flop over when you sit them up. Two that match the sheet set and two shams that match the duvet, a quilt or accessorize with the room.

What are some low-budget ways to make meaningful changes to your room?

An inexpensive way to create a put-together look without spending a fortune on a headboard is to put some peel and stick wallpaper on the accent wall behind the bed. Buy a couple of extra-large pillows to create a cosy backdrop. This works really well in kids’ and dorm rooms but even in staging houses. I’ve been known to just buy a bed frame and let the accent paint or wallpaper create the backdrop.

Adding a quilt over the sheets and using a higher thread count will give a luxurious feeling. The weight and softness of the sheets have also been known to be helpful for a good night’s rest. I’ve also experimented recently with weighted blankets in lieu of a quilt and then layered with a fluffy-filled duvet.

Why is the place we sleep in such an important and focal part of home design?

It’s our place of rest. A long time ago, I was in need of a mattress, and a friend suggested that I go with a fairly expensive one. I was really having a hard time getting over the price. She told me that I’m going to spend nearly half my life in that bed (clearly this was pre-kids) and I should invest in a good night’s sleep. It was the best decision I made. Years later, I took it a little bit further recognizing that walking into my bedroom was my place of refuge. Investing in a space that also made me happy when I walked in and gave me the feeling of peace and solitude affected how I ultimately fell asleep. In this crazy world, it becomes the little things that make a difference in daily life.

What are some of the biggest mistakes people make when designing the look for their room?

The biggest mistake that I see over and over is not having symmetry in the bedroom. One way to do it is to have two side tables on either side of the bed that are exactly the same with lamps that are exactly the same. You can change up the accessories like candles and picture frames, but the bulk of what’s there should ground the space. Often people use mismatched things from different parts of the house just to have somewhere to put their coffee cup in the morning. Invest in some nightstands and lamps for beauty, ambience and function.