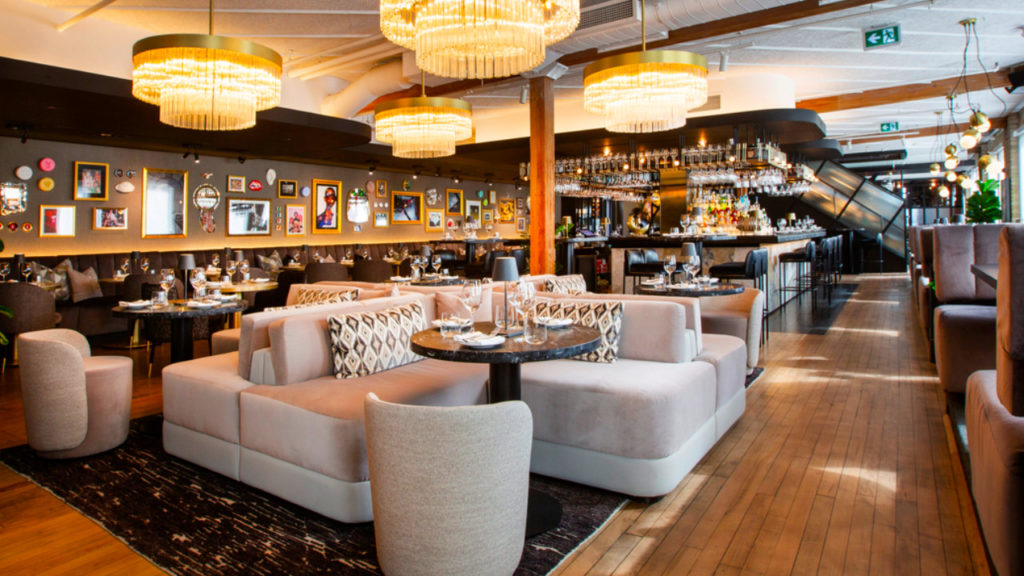 Restaurateur and nightclub king Charles Khabouth is putting his signature spin on the private members club experience with CLIO, newly opened in September in a building that will look familiar to anyone who ever walked by or set foot in The Spoke Club at 600 King St. W. But that’s where the similarities end. Khabouth took over The Spoke Club, which operated for 14 years until the start of 2020, with the intent to shut it down and reopen an entirely new club, with an entirely new focus.

A representative for CLIO explains that this is a private members club nothing like The Spoke Club, adding that the space has been re-imagined into “a creative, leisure-oriented sanctuary.” Various lounges,  a restaurant, vibrant bar, contemporary art gallery, cinema, roof terrace, and private spaces for events can all be found here with the intent of offering not only an exclusive experience, but also a well-rounded one for members.

CLIO bills itself as “a unique gathering place for a diverse community of bright minds and inspiring leaders who share a passion for collaboration and conversation.” In summary: this is not meant to be the stuffy “old boys club” private associations of the past.

Though you may still need old boys club money to get in, and maybe a few old boys club connections; annual membership comes in at $2,750, plus a $500 initiation fee, or $4,000 if you’re aiming for their international membership. Anyone hoping to become a member will have to provide the contact information of two active club members to support their application, along with a headshot, so it’s clear members are meticulously vetted.

The representative for CLIO adds that since the pandemic, people have been seeking more meaningful connections with like-minded peers in a secure social setting – and CLIO has created that space. “Through cultural programming, a superior culinary offering, guest speakers and a welcoming and inclusive environment, CLIO aims to set itself apart from other members clubs. It’s also the perfect place for today’s hybrid work model.”

In terms of what your membership will get you (aside from inside the doors), CLIO promises an elaborate calendar of events and programs throughout the year, including art tours, movie screenings, book launches, fashion shows, monthly theme parties, wine and beverage events, speaker series and more. The private dining room will be open daily for breakfast, lunch, dinner and light bites, presented by executive chef Michael Parubocki.

International members will also have access to more than 30 private clubs around the world through Sonato Alliance, some of which include CORE: NYC, The Britely in Hollywood,  The Battery in San Francisco, Allbright in London, 1880 in Singapore, and Kjarval in Iceland.

Current and soon-to-be members can look forward to several upcoming events appealing to a variety of interests, from art and music to food, fashion and design. A few examples in the next few weeks include a wine and food pairing, a prohibition-themed Halloween party, a new-release film screening, a wellness day, a cooking class with Parubocki, as well the continuation of the club’s speaker series on relevant topics of interest to CLIO’s members.