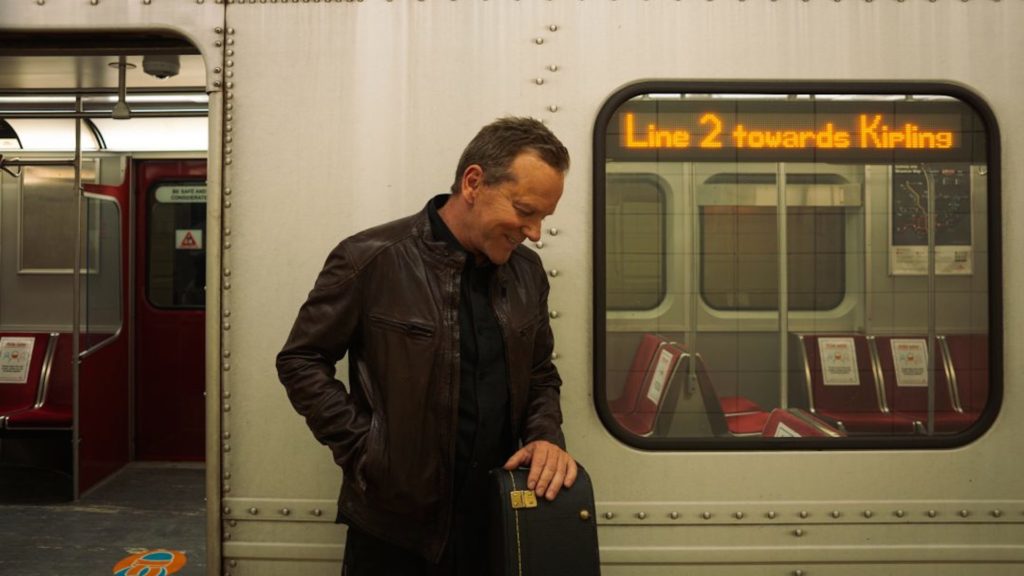 Kiefer Sutherland is putting his Toronto roots front and centre with his new country and western album. Bloor Street is the acclaimed actor’s third album following on the heels of his 2019 album Reckless & Me, and his debut Down in a Hole.

“Writing and recording this album was a unique experience given the pandemic and subsequent restrictions that followed,” said Sutherland, in a press release. “I found myself, like so many, with a block of time that I had never been afforded before, which allowed me to not only reflect upon my life but also to write about it. Music has always been a personal extension of storytelling for me. I couldn’t be more excited to share these new songs.”

The video for the title track “Bloor Street” features flashes of old-timer Toronto landmarks such as the original location of legendary Chinese restaurant Lichee Garden, the CNE, and more than one streetcar, interspersed with cute boyhood images of young Kiefer.

Although born in the United Kingdom, Sutherland grew up in the city and kept a home in North Toronto for many years.

Streets of Toronto interviewed Kiefer Sutherland upon the release of his debut album, and at that time, the actor turned troubadour was just getting used to the idea of a music career, for which he hadn’t really planned.

“The irony is that I had no intention of making an album. I’m acutely aware of the stigma of an actor doing music, but I had written a bunch of songs that I liked, and I wanted to record a few of them,” said Sutherland in 2016. “I was going to send them out as demos in the hopes that maybe another artist would record them. A friend of mine suggested that I keep doing them. I said, “No way,” but he took me out, and we got drunk, and all of a sudden it sounded like a better idea.”

In the interview, Sutherland also spoke of his time as a bona fide cowboy on the rodeo circuit, and his love for Toronto watering hole and live music venue the Horseshoe Tavern.

“That place has always been one of my favourite bars,” he said. “Playing the Horseshoe is going to be like coming home and playing in my living room.”