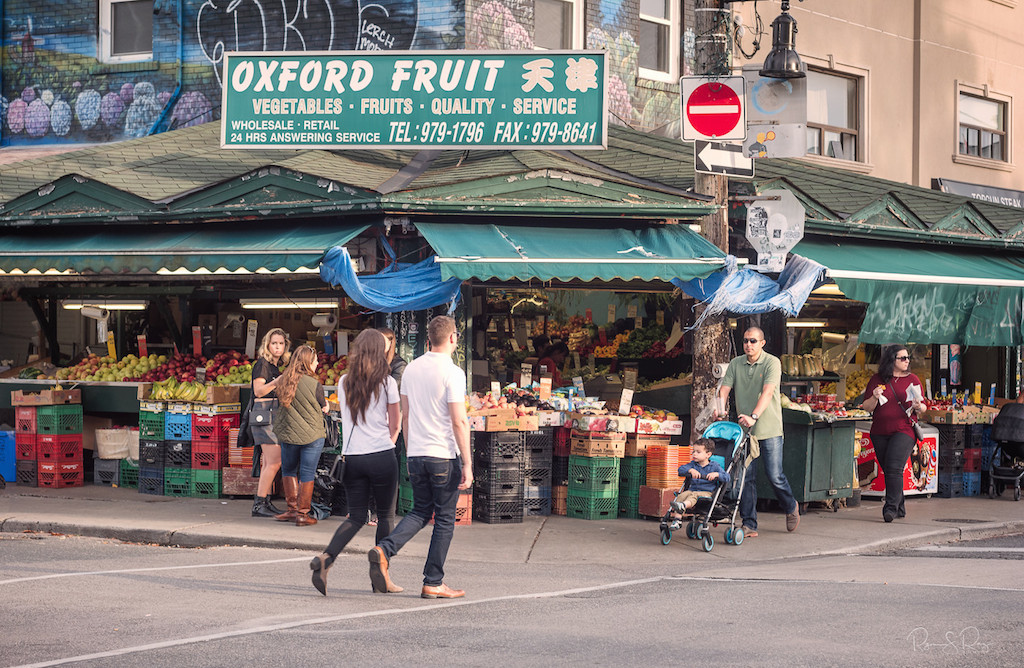 Oxford Fruit, a Kensington Market fruit store that has operated for nearly 25 years, is set to close at the end of March. The store is located on the corner of Nassau Street and Augusta Avenue and has been run by Ah Tee Ng and her family since it first opened in 1996.

According to the Ng family, the closure is a result of rising rents in the Kensington Market area — and across Toronto. The announcement follows the reported closure of its neighbour Big Fat Burrito, which will close March 1. And the already-closed military apparel outlet, AAA Army Surplus, will be replaced by a hummus restaurant, Abu Hummus, in April.

I just found out that Oxford Fruit, a pillar of Kensington Market, run by Mrs. Ng for 25 years— cannot afford skyrocketing rent when their lease is up. They will be forced out by March. It’s a sad, maddening day in a city losing its soul to gentrification. What can be done? pic.twitter.com/SnuEgEuWug

Businesses in Kensington Market have been particularly impacted by rising rents and gentrification in Toronto. Oxford Fruit is the last fruit market standing, after others in the same area, such as Joe’s Fruit Market, Castle Fruit, and J&J Fruit Market, which all operated for years, were forced to close. Kensington Fruit Market, one of the last remaining fruit stores in the area, is also temporarily closed due to a recent fire. Family-owned and operated businesses have also been disproportionately impacted by skyrocketing rents. Zimmerman’s Freshmart, a mainstay of Kensington Market, was forced to close in 2014. Its former storefront will soon be converted into a cannabis dispensary.

Some Torontonians are calling for Oxford Fruit to be designated a heritage site, to protect it from closing. Others, including many Kensington Market residents, are lamenting the loss of yet another institution in the area.

Bought my fruit & veggie there for years. Very sad news. I expect zero leadership from @cityoftoronto on this issue @JohnTory #topoli #kensingtonmarket https://t.co/I6MVdvEY4J

The City of Toronto has also begun working on a proposal to designate Kensington Market a heritage district under the Ontario Heritage Act, which could help halt the closure of businesses in the area.

It remains to be seen if efforts to save Oxford Fruit will be successful.