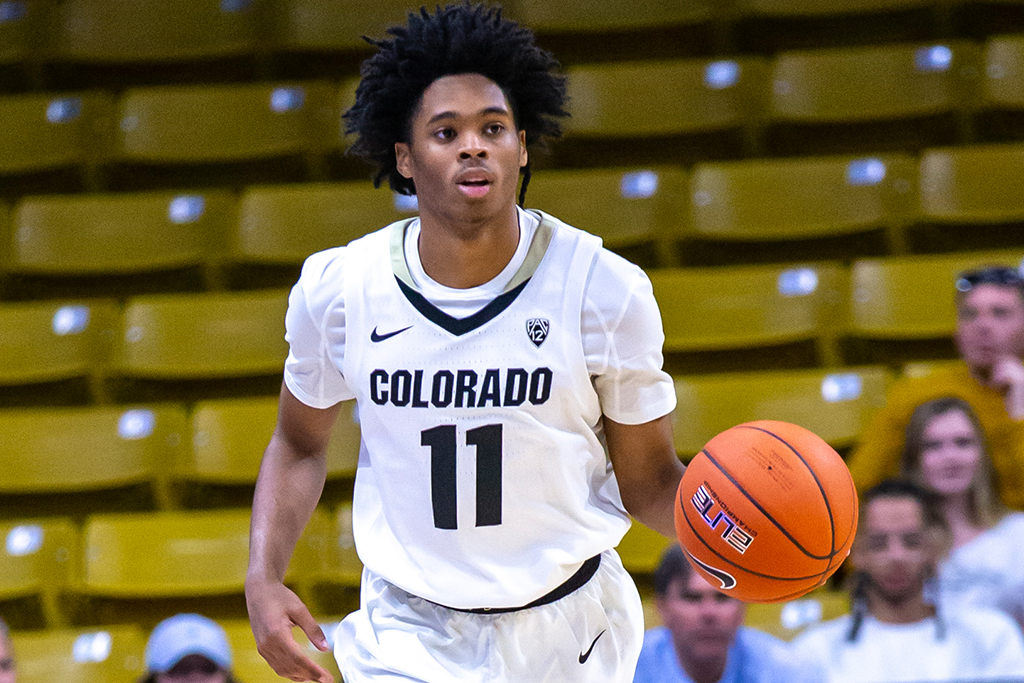 Keeshawn Barthelemy, NCAA basketball player for the Colorado Buffaloes, was six years old when he began playing basketball, and coaches and parents knew he was special before he reached high school at Thornlea Secondary.

But when Barthelemy was nine years old, he considered quitting.

“Because I wasn’t the best, I didn’t feel like I was good enough at the time,” he says.

He says his parents kept him in the game. They knew he had too much talent to give up. Since then, Barthelemy says he hasn’t let the mentally debilitating side of the sport get to him.

That has even been the case this year, during his first year on the Colorado Buffaloes at the University of Colorado Boulder, where he has practiced with the team all year but hasn’t appeared in a regular season game.

“I was mentally challenged to just keep working at it and knowing that my time will come.”

Barthelemy was recruited by the Buffaloes while in high school at Thornlea Secondary. He says it was while he was in Grade 10 that he realized basketball was something he could get serious about because he was getting international recognition.

“[The Colorado Buffaloes] were the ones that were pursuing me the most in the recruiting process, and they seemed like they prepared guards pretty well to be professional athletes,” Barthelemy says, whose position is guard.

But even before the possibility of a career in the U.S., Barthelemy had already made a name for himself in Canada. He was named to the 2019 Ontario Scholastic Basketball Association (OSBA) Second Team All-Stars and participated in the 2019 BioSteel All-Canadian Basketball Game, which represented the top 24 players in the country. And in what Barthelemy says has been his proudest career moment so far, he made the national team in 2018, playing in the 2018 FIBA U17 Basketball World Cup in Argentina.

When Barthelemy thinks about his basketball role models growing up, he immediately mentions the late Kobe Bryant.

“My first ever basketball jersey that I owned was his. He’s just been a role model for me when I was a younger basketball player just playing for fun,” he says.

This has been a strange first year for Barthelemy, due to COVID-19. His team was in line for a March Madness tournament bid, but the tournament was cancelled due to the virus.

“It’s been very hard for our team because we were kind of on a losing streak, and the tournament was one big goal ahead of us.”

Barthelemy is back in Canada as the university has moved to remote learning for the remainder of the semester due to the pandemic. While here, he plans to stay focused and work on his conditioning and getting stronger.