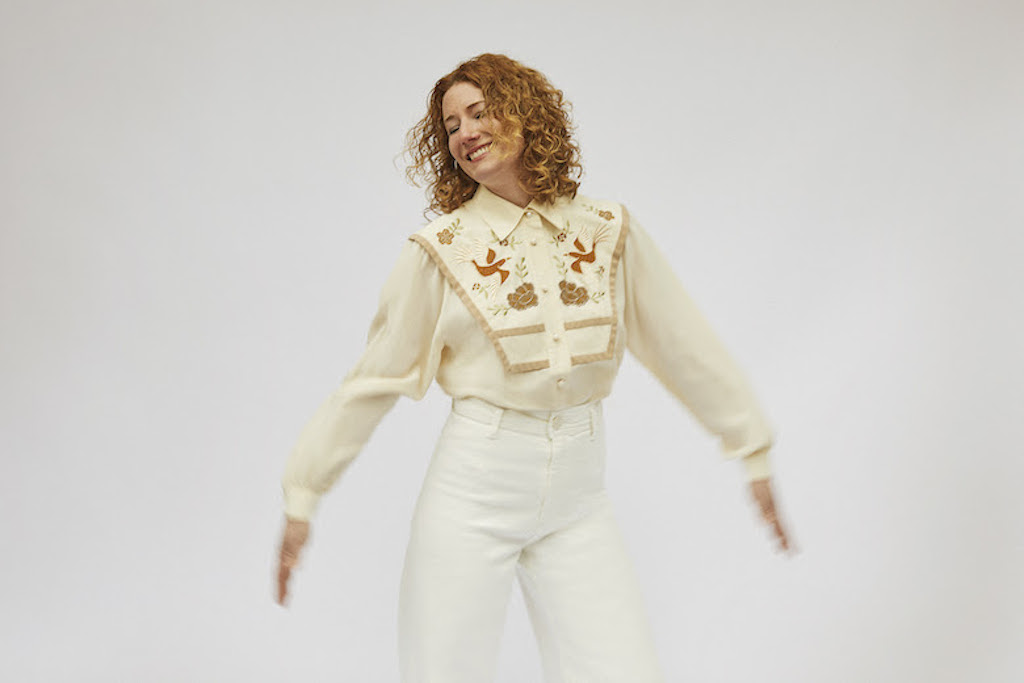 At long last, acclaimed Canadian singer and songwriter Kathleen Edwards is set to return from what she calls a “working sabbatical.” Her new album Total Freedom is set for release Aug. 14 and her new single “Options Open” is out now.

The new album is her first since 2012’s Voyageur, after which she announced a break from the music biz and opened Quitters Coffee in the small town of Stittsville, Ont.

“I had no desire to write, no desire to play,” she says, of the time.“It allowed me all the time and space I needed to even just enjoy listening to music again.”

On the new album, Edwards revisits past relationships from a new perspective, one of resilience and optimism. “I don’t want to write songs that are going to keep me in a dark place for two years,” she says.

In December, I was flying home from Nashville having just finished my new album the night before and stumbled into the airport bookshop. I purchased this book on a whim and not 20 minutes later received a text from a close friend in Toronto, saying, “You have to read this book, I just finished reading it, it’s beautiful and devastating.” It’s the story of a Vietnamese boy and his immigrant family who come to the U.S. A raw and tragic story of coming of age, beautifully written from a poet-turned novelist. It served as a wonderful cultural thread for my overseas trip over the winter to see my brother and his family living in Vientiane, Laos, and our travels into Hanoi and some southern Vietnamese towns. It gave context to the human cost of Vietnam’s difficult history, and spoke of the beautiful resilience and fragility of people, scarred by war.

This novel is set in Tehran during the brink of the revolution and tells the story of young love. I adored this novel, as it so wonderfully described a pre-revolution Iran full of vibrant colour, books, young women thriving intellectually, mentorship, food, culture. How the memory of first love never leaves us, and how the chance to replay painful moments that shape our lives offers us healing and closure.

I know, I know. You’re tired of the Brene Brown fan club culture. But, good advice and the work her team does to find sociological research and statistical solutions to human conflicts and misunderstandings, unhappiness, and resentments are worth reading about — especially if you’re someone’s boss or a leader in any capacity. This won’t spoil anything, but her message, “Clear is kind. Unclear is unkind,” has been my mantra the last five months. It has helped guide some tough choices and conversations I needed to have, personally and professionally. It helped me re-visit and re-organize my goals and take ownership of what I wanted to change, to frame how I want to grow as a businesswoman and employer.

Full disclosure: I fell in love with this author’s brother only months before the COVID shutdown, during which we discovered a social connection from each of our pasts. People and places we both knew were the basis of this work of fiction, and it made this read a page-turner of epic proportions. It’s dark, set in Ottawa, involves the diplomatic community, and a private school I grew up hearing about. For all these reasons, I found it eerily familiar. When you fall into the web of a sociopath in your adult life and wonder how those people go undetected, hidden in their communities, books like these always remind you you never really know someone, especially when they’re hiding behind the mask of privilege.

Such A Fun Age, Kiley Reid

I only just started this book, after hearing her interview on CBC radio. This book will put a spotlight directly on our uncomfortable truths regarding racism, especially when talking about the “but I’m not racist!” white do-gooders, who fundamentally don’t see their own missteps. I’ve been told it’s got people talking and even yelling, in debating the characters who struggle to overcome an incident involving a demoralizing mischaracterization and racist profiling of young Black women.