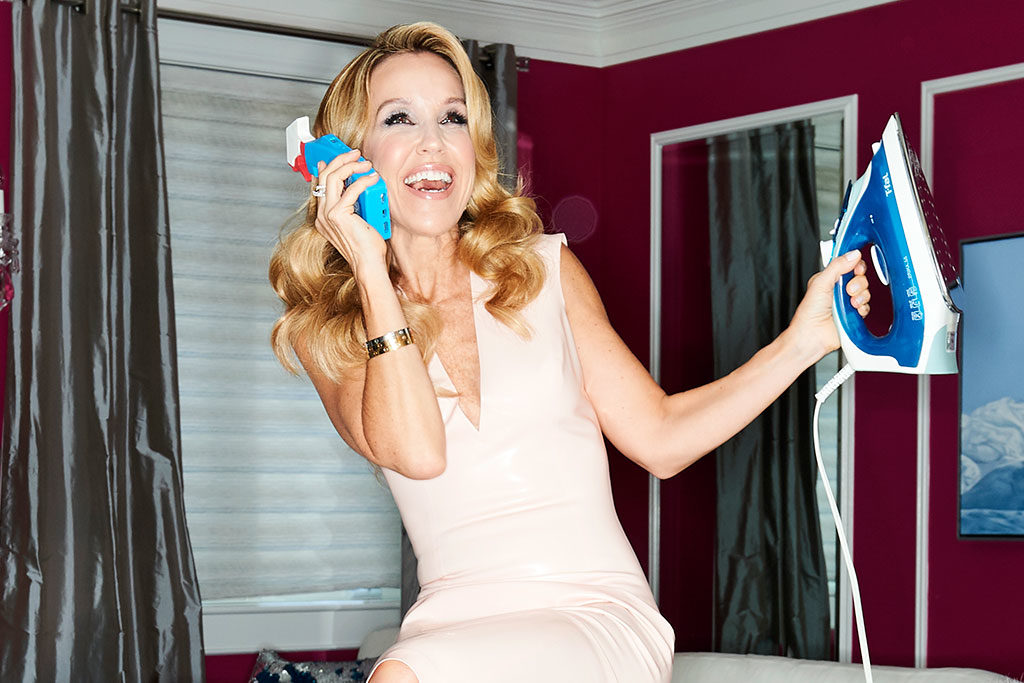 Cattiness, conflict and … born-again Christianity? When it comes to The Real Housewives reality series, some things are to be expected — and others less so. To the joy of local fans, the buzzy new stop on the addictive series’ train is none other than our fair city. In The Real Housewives of Toronto, local gal Kara Alloway is one of the six different personalities from the Six.

Alloway, a longtime resident of North Toronto, is the fashionista, philanthropist and born-again Christian of the group. The well-clad women of the series — billed as some of Toronto’s wealthiest residents — include outspoken lifestyle brand builder Roxy Earle and French-Canadian actress Gregoriane Grego Minot, who, as a mom, has put her career on hold. Self-made business woman Ann Kaplan Mulholland, TV host and producer Joan Kelley Walker and Joga CEO Jana Webb round out the cast. The show follows the women as they navigate their jobs, their relationships and Toronto’s most elite social scene.

Prior to becoming a name to know in T.O., Alloway was all about knowing her neighbours. “I grew up on McRae Drive in Leaside,” Alloway says. “I knew the names of every single person on my street. It’s a real old-fashioned community. We even had a milkman. It hasn’t lost that charm at all.”

After studying English at McGill University, Alloway headed west to live in Beverly Hills, where she worked as an event co-ordinator for a restaurant and hung out with fellow housewives Kyle Richards and Bethenny Frankel.

“That was how I ended up meeting Kyle. She used to come into my restaurant all the time, and Bethenny Frankel worked up the street. Kyle was like the apex of the triangle between Bethenny and myself,” Alloway says.

Alloway’s glitzy Beverly Hills gig allowed her to rub elbows with the high society of L.A., including Graydon Carter, the editor-in-chief of Vanity Fair.

“I remember Ivana Trump was on the cover of Vanity Fair in this iconic yellow dress, and we did this big party with everything yellow — yellow flowers, yellow linens. It was amazing,” Alloway says. “I had always wanted to work in magazines, so I sent around some of my writing samples.”

Alloway then went on to join the media world at Condé Nast, where she wrote for Allure magazine as the assistant west coast editor. “It was a really fun job and I learned a ton,” she says. Some of Alloway’s most memorable Allure anecdotes include delivering jewels to Naomi Campbell and helping with a Kate Moss cover shoot when the ’90s grunge phase was in full swing.

“We were the first ones to put Kate Moss on the cover of a magazine,” notes Alloway. “It was a really cool time in magazine publication.”

As fate would have it, the next time Alloway headed home to renew her American visa, she met her now husband at a party. “It was literally love at first sight,” she says. “I went back to Toronto and that was it.”

Today, Alloway splits her time between writing and marketing for her husband’s brokerage, ReaLawState (she came up with the name), and doing charity work for poor societies in places like Malawi and Nicaragua. “My life mantra is you can’t take it with you, so you might as well send it ahead,” she says. “I think it’s very crucial that I teach my children to give back.”

Most recently, Alloway travelled with her family to Nicaragua, where they helped to install reverse-osmosis water filters, and Ecuador, where they worked in mobile hospitals.

“People had 18-month-old babies that had never seen a physician. We take our medical care for granted here,” she says.

Alloway’s philanthropic efforts don’t stop when she comes home, though. One of the charities she’s most passionate about, Kids, Cops & Computers, is devoted to helping financially disadvantaged kids access electronics so they can succeed at school.

“This program provides inner-city kids with electronic devices, which are delivered by police officers to break down the negative stigmas. I’ve seen the kids that come through this program, and it really is life changing,” she says.

Alloway and her family now live in the Hogg’s Hollow neighbourhood, which she and her husband love for its peace and quiet. With three boys, one attending Crescent School, one at Blyth Academy Lawrence Park and the oldest at the University of Miami, Alloway has her hands more than full. Although the family members are all on different schedules, they still find ways to spend quality time together.

“It does get crazy sometimes, but we are a very tight-knit family. We all support each other,” she says. “If my sons know I’ll be at a charity event downtown for the night, they’ll offer to cook dinner. I have a lot of support.”

As if Alloway’s schedule wasn’t hectic enough before, her involvement in The Real Housewives of Toronto has upped the ante. “If I could describe the show in one word it would be ‘Crazy.’ ‘Manic.’ ‘Demanding’!” Alloway says.

What’s next for this busy housewife? Alloway is currently in the research phase for a book on female friendships — a fitting subject for a real housewife. The book will discuss the relationships women have with another and the reasons why so many women lose touch or “break up” with their friends. “I’m in the throes of researching right now,” Alloway says.

“The show gave me a great platform to do a ton of research on what happens when you put six women from different socio-economic backgrounds together. It’s a really interesting dynamic, and I think that’s why everyone tunes in to the show,” Alloway says. “It’s a really important project for me.”

Although the drama and juicy secrets from The Real Housewives of Toronto are under wraps until it premieres, Alloway, whose traditional values sometimes put her at odds with the more liberal ladies, says she’s confident that viewers will be glued to their television sets once it’s released.

“The dynamic between all the women really is fascinating, and I think that’s why the franchise is so successful,” she says.

“I also think the show will be really popular with all those secret male watchers who would never admit to watching it. There’s something to be said for the escapism of it all.”

The Real Housewives of Toronto premieres March 7 at 10 p.m.