How can the recently sold Toronto Star thrive in a country disinterested in paying for journalism? - Streets Of Toronto
Skip to content 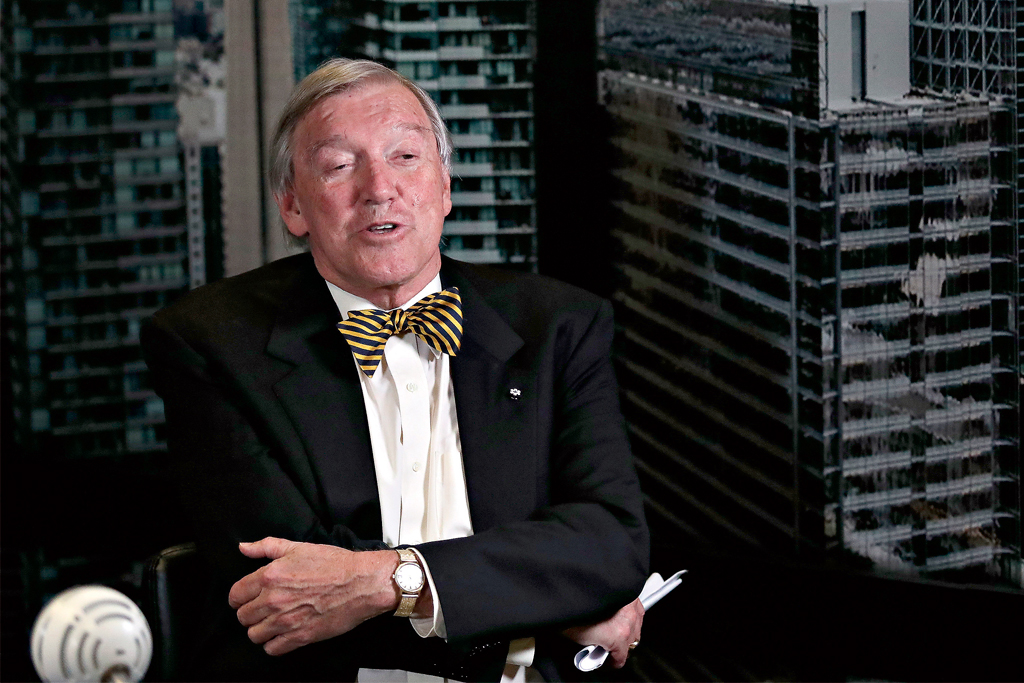 John Honderich spent 44 years at the progressive and liberal Toronto Star. Now, the company has been sold to conservative financiers and people are concerned. We asked him what comes next.

Has there been apprehension in the newsroom, given the financial background of the new owners?

Yes, there has been concern. I’ve certainly been asked about it. One of the things I’ve said is that they have certainly committed themselves to the principles and done so quite a few times. What they’ve also told me that gives me some heart is that they see this as a good business strategy, that it doesn’t make sense to turn the Star into another conservative paper. It’s got a very distinct brand. It’s the progressive paper, and that’s what they should try and promote as much as possible. And they said that’s what makes sense from a business point of view. Their background has raised questions, but I believe what they are telling me.

Why now for this deal?

The newspaper business had been under stress for a long time. We had a plan in place to try and transfer things around, but quite frankly, we were nearing the end of the runway. And, with COVID, that accentuated the situation. So we came to the conclusion that we needed people with determination but also more resources to carry it forward.

The owners said they’d maintain the principles of the Toronto Star. But, there is no assurance of that, right?

The short answer is no. We have their commitment, but there is a reality when you sell a company and give someone else control. They can do what they want. And, you know, to be observant of principles is one of those commitments that is very difficult to put into enforceable language. So, no, there is not any provision in the agreement. It’ll be out there, and given the fact that news about the media always gets a lot of attention, if they change dramatically there will probably be publicity about it, which won’t help them.

Is there room for three national newspapers now or ever?

My answer to you is, in this digital age, no, there is no room for three. I don’t think there has ever been room for three. The Post (Media) has never made money. The Globe certainly has a billionaire owner who can help keep it afloat. But in this digital era, I do not believe that three competing digital properties can succeed.

But it’s not just direct competition from other newspapers, is it?

We have an unbelievably competitive market here. The biggest competitor for newspapers is CBC.ca. It is our biggest, and they of course are government-subsidized and they are free. So that makes for quite a battle.

And what about the impact of what is called FANG: Facebook, Apple, Netflix and Google?

The business model for newspapers is badly broken. It used to be that newspapers got a lot of advertising, but they then hired reporters, editors, photographers, etc., and put out a paper. Now, 80 per cent of all digital advertising is owned by Facebook and Google — 80 per cent. They don’t pay any taxes here. They don’t pretend to be publishers. They don’t use the product. And they in fact allow the posting of our stories on their site for free. So that’s the new model. There’s been a lot of talk. Other countries are far ahead of Canada on this one. Australia and France have just put provisions in. And they [Facebook, Apple, Netflix and Google] don’t pay any corporate income tax because they aren’t situated in Canada. So, it’s a great deal if you can get away with it.

Why hasn’t the government done more?

I think for a long time the Liberal government’s thinking was that Facebook and Google were the companies of the future, that this was where investment and jobs were going to come from. But the question to ask is that, if all of these companies go under and are not around, who is going to provide the news?

What will the end result of the pandemic be for news media?

News media is under more threat than ever before. This I think is a question for the Canadian public and the public policy people. How important is news? I happen to think a vigorous press, doing a lot of reporting and a lot of investigations, is an essential element of a healthy democracy. If you don’t have that reporting, how are we going to evolve? Where are we going to be getting our news to be able to make intelligent decisions?

What does the future hold for news media?

To do good journalism, and a lot of this stuff takes resources. And we are facing an issue of are people prepared to pay for journalism? And so far the evidence is not very convincing. Some are, but it’s not exactly a large percentage. So that’s worrisome.

What will the Toronto Star look like a decade from now?

Boy, that’s quite a question. With new ownership, I think we wait to see.