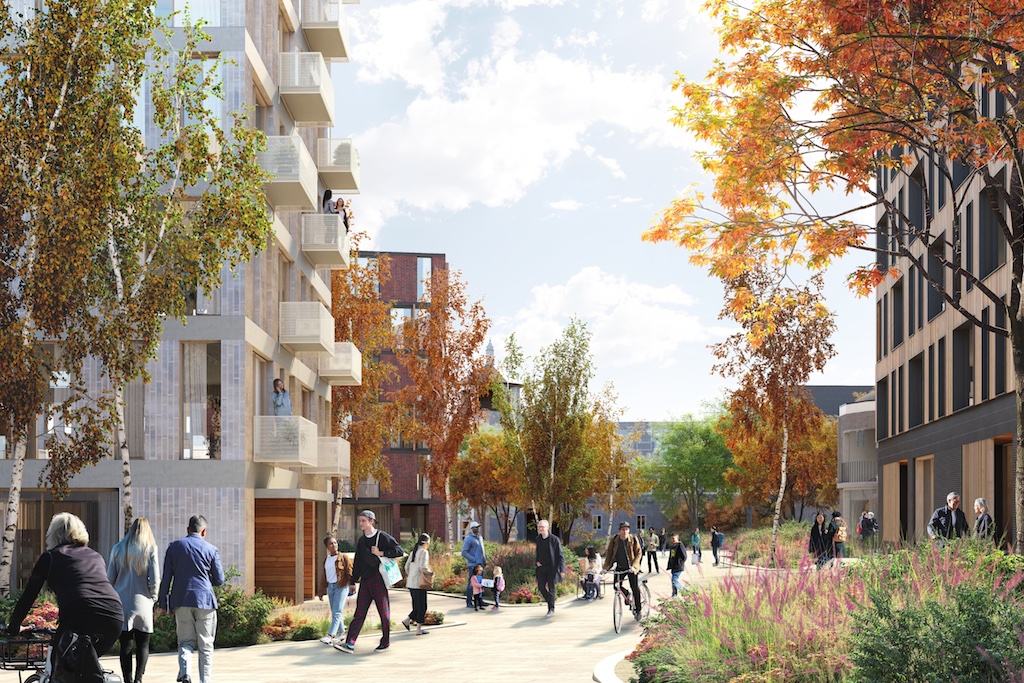 Former chief city planner Jennifer Keesmaat, co-founder of Markee Developments, has revealed the details for her new (and first) community development in North York on the site of historic Tyndale University.

The 22-acre site is currently home to a private university with one main building along with ancillary uses and surface parking. It backs onto German Mills Creek, a tributary of the Don River.

According to the project submission, dated June 13, the proposal would permit “15 buildings (with 19 building components) across the three-phased development areas. Most of the buildings range in height from 5 to 8 storeys, with three buildings from 12 to 20 storeys. These buildings will accommodate 1,504 units, comprised of 752 affordable units (the remaining at market rates) that will remain affordable in perpetuity.”

In addition, according to City of Toronto information, the application states that “Tyndale University would own the residential components and would remain operational.”

But the site will be more than housing. It will be a complete community, according to Keesmaat, who spoke with Post City when the project was announced.

We are thrilled to announce Tyndale Green: a new rental housing community by Markee Developments in partnership with Tyndale University. All the good things: an extension of the ravine landscape, a new community hub & cafe, a new daycare, shared streets and 752 affordable homes. pic.twitter.com/dYqSwP2Tkh

“This site presents an opportunity to create something that doesn’t exist today, and that is a community hub,” said Keesmaat, “and a community where you can do a series of things within walking distance, including for the existing neighbourhood today. There will be a coffee shop on our site and a bookstore and a daycare. There will be amenities within walking distance where they don’t exist today.”

The site will also be close to transit, including the Sheppard subway, and Keesmaat envisions separated bike lanes along Bayview Avenue.

“Bayview has a significant amount of space that could be allocated to a cycling lane,” she said. “It’s really only a short bike ride to higher-order transit on Sheppard if you have that separated bike lane. But right now there isn’t a bike lane.”

Keesmaat said it is important to note that the “majority of the site will not be developed.”

“Part of what we want to do here is thinking really carefully about how we can add some density in a very careful way while creating a community hub that respects the ravine landscape,” she said.

The next step for the project will be a preliminary report to North York Community Council.