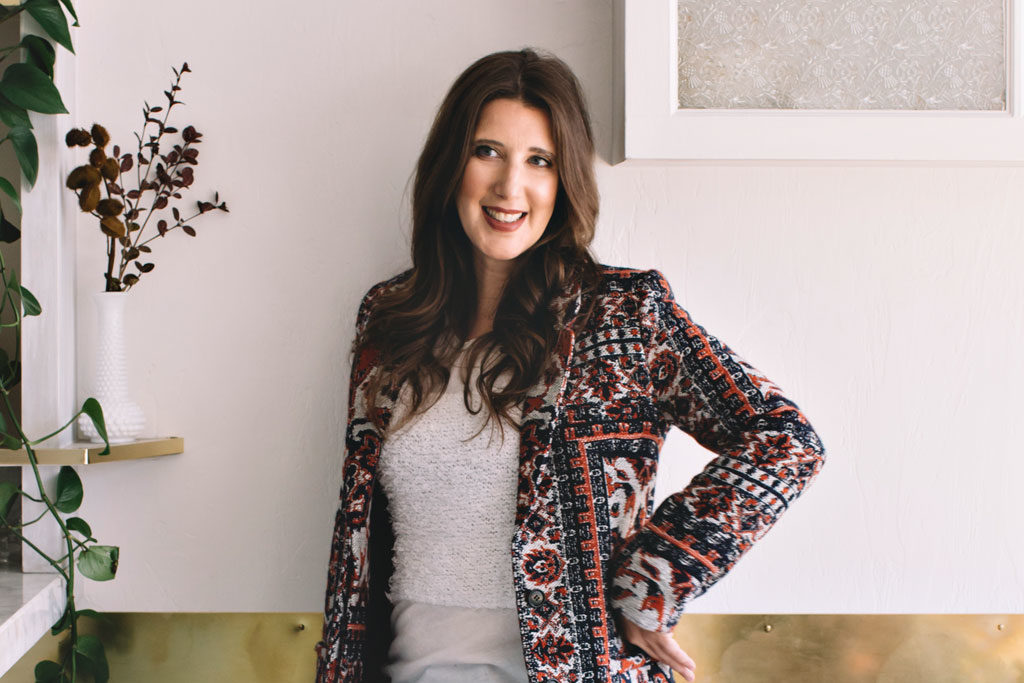 When restaurateur Jen Agg opened the Black Hoof, it changed everything. Suddenly, everyone was slurping bone marrow and fine dining was tossed aside for bold food with an indie rock vibe. Now, as of Aug. 20, it’s closing, and it’s a big deal. Post City caught up with Agg to talk about the Hoof, the opening of Le Swan on Queen West (her next big thing) and, well, her idea of perfect happiness.

The Black Hoof is closing this month. If you could control these things, how would you want it to be remembered?

Who says I can’t? But really, I just want it to be remembered as the mould-cracking, corner-turning restaurant it was. The restaurant was the launching pad for quite a few culinary careers and definitely a turning point in the local restaurant scene.

What did you do differently that made such an impact?

I just made the restaurant that I wanted to hang out in. No pandering, but still very hospitable. And it was the right time for that magical combo of great food and service in a cool casual space with loud indie rock and low lighting.

Tell me about the photo of you and the late Anthony Bourdain with him doing bone luge shots.

LOL, OMG, so embarrassing! I was (God, it still doesn’t feel right to use the past tense) famously very fond of Tony, but I definitely felt like a shooter girl in that moment. I can’t look at that pic.

Was there anything that helped you to realize it was time to close the Hoof?

I decided years ago that 10 was the magic number — I’m literally walking away from the Hoof on the cover of my book. It’s hard to leave money on the table but feels very good to be the arbiter of a dignified death for a thing I deeply love. Going out on top is always how to leave.

You’ve said Grey Gardens was your last opening. What was so great about this new opportunity to take over the Swan that changed your mind?

I mean I only said that because the build was so stressful, and I was just coming off it. What can I say? I’m mercurial. And I f***ing love building restaurants.

What is your vision for the space?

Secret! But obviously it has great bones. We’re doing some reupholstering and making some big lighting changes (but ones that’ll look like they’ve always been there).

What do you find to be the most challenging part of opening a new restaurant?

All the hoop jumping with permits and the city and the AGCO [Alcohol and Gaming Commission of Ontario]. I hate it. And am very grateful I can pay someone to deal with it at this point.

You’ve been at the forefront of gender equity issues in the restaurant industry. We see cases such as Norman Hardie (a winemaker facing sexual misconduct claims), but is that the tip of the iceberg?

Yes, tip of the iceberg, for sure. What’s particularly funny is watching men I know horrible stories about, condemn men like Hardie. Like LOL. I mean I’ve said it a million times: fear is a far greater motivator than benevolence, and it’s what’s pushing the needle. People don’t want to be called out as abusive assholes, so I’m sure they’re somewhat adjusting their behavior, but it’s just so ingrained. Then there’s the problem of men who are perhaps terrible but not “rape-y” enough to be brought down, and that’s such a part of restaurant culture. A lot has to change. I wish us good luck!

You have a knack for seeing what Toronto really needs in its culinary landscape. What are we missing right now?

I really think we could use a French diner with well-executed comfort food in a super-cool room.

What restaurants inspire you?

Sqirl [L.A.] is the restaurant I most wish we had here: Jessica [chef Jessica Koslow] please! I love Superiority Burger [N.Y.C.], Brooks [Headley] is just a genius. And Wildair [N.Y.C.] (basically whatever those guys do is cool). Momofuku is amazing. I don’t know how he does it. And closer to home, I think what Terroni has done is to be hugely admired. I eat at Foxley and Imanishi weekly, and not just because I’m a creature of habit, but because they’re awesome restaurants.

What is your idea of perfect happiness?

Laughing with my husband and pals, chugging great wine (or maybe it’s watching some ’90s rom-com alone in my room. Why not both!).

My greatest fear is that life without my much older husband, Roland, won’t be worth living.

What is your most treasured possession?

My collection of family photographs, so whenever I start to feel the terribly depressing isolation of being orphaned too soon, I can live in my beautiful childhood for a moment and see my parents as I remember them.

Which living person do you most admire?

Sorry, but it’s Roland, whose story is filmic and grand and who has my heart forever.