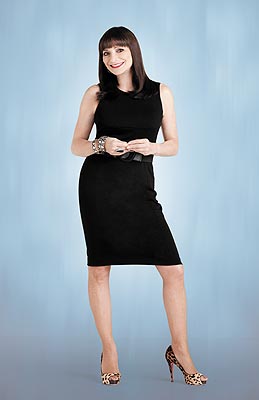 “Toronto is a very international city, a very eclectic city, and that’s what’s so great about it. That’s what fashion is at its best: this great criss-crossing of attitudes and sensibilities. That’s what you see in Toronto. There’s a lot of creativity and originality here.”

“Jack is really suave. He just looks like a character from a romantic novel! He’s got such a strong sense of self-confidence, and he really turns it up. His choice of accessories, like ties that have a great whimsy to them, will put a smile on your face. But he still has this inherent elegance about him. He really has a great eye for aesthetics, and it translates into the way he puts himself out there. He pulls it all together in brave ways. He’s not afraid to take chances with an interesting print or a light suit or an offbeat coloured shirt. He really has a great sense of panache.”

“Mosha is a beautiful person, and her mother (Linda Lundström) obviously taught her well. She’s gorgeous, and she really has a great eye for fashion. She puts things together in wonderful ways. She’s always a delight to see. I always think, ‘I can’t wait to see what she’s wearing.’ She has a ladylike way of dressing that’s really current. She’s really chic, in a young Grace Kelly kind of way.”

Where she shops: “My mom’s atelier and the boy’s section at Brooks Brothers”

How she describes her style: “Polished ’60s Parisienne on a good day”

“When I talk about someone with style, it’s someone who has the savoire faire to move through the world and connect with people on a profound level, and Jian just has that in spades. He’s the kind of guy who could walk in a room in a denim jacket and just knock your socks off. There’s something very unstudied about the way he turns himself out. It seems to come to him very naturally. He’s the perfect example of someone who has great style not just because of the clothes he wears.”

Where he shops: Gotstyle and Holt Renfrew

“Suzanne is a divine fashionista of the highest order. She loves clothes. She’s incredibly statuesque, so she can really pull off dramatic looks. She’s always making entrances. She’s legendary in Toronto for her fashion. She’s reached a pinnacle of style in the city that’s quite extraordinary. She’s fearless. She makes big statements, and you may not always love what she chooses to wear, but she is very true to herself with her fashion choices, and that’s very important.”

“Sonja is just style personified. Elegant, always classic, timeless. She’s over 90, and I want to be like her when I grow up! And she obviously knows her shoes. She has brought so much style to the city in a multitude of ways. I idolize her. She looks lovely in classic chic suits. She wears pants very elegantly — the kinds of clothes that don’t make a broad statement, and that’s a statement in itself. She always wears the clothes, the clothes never wear her.”

“Trevor is always stylish, even on the job in his clinic giving injectables in his Prada suit! He’s just really chic. He looks fantastic. When I think of Trevor, I think of him in a gorgeous suit. He’s impeccable, totally GQ, really a beautiful specimen of fashion. He takes it seriously, and he enjoys it, which is great. He inspires you. And that’s his business. He’s involved in aesthetics. He has the eye. He understands great design and quality.”

“She’s just a wacky fashionista about town! I met her at a dinner at Bonny Brooks’ house, and I was very taken with her joie de vivre with fashion. She was wearing a fascinator and a feathered dress, and it was just really out there. I thought, ‘Anyone that goes that distance and celebrates life through fashion, I have to applaud.’ She doesn’t take herself too seriously. She dives in. I just love that she doesn’t go only halfway. There’s an exuberance about the way she dresses.”

Where she shops: The Room at the Bay

“She walks the wild side, she’s fearless, she’s dramatic, she’s interesting. She tells a story with the way she turns herself out. Whether she dresses up or down, there’s always a sense of edgy elegance. She has a punk chic look that she really manages to pull off.”

“The Greta Constantine men are so fabulous, each in their own way. And Kirk just brings a smile to my face. He has a sense of whimsy to the way he puts himself together with wacky accessories and a fun sense of colour and interesting proportions. He dresses very unusually and it’s great.”

“Oh, Yasmin is so beautiful! You can’t really go wrong with a body like that! It’s like someone drew her, like she’s a fashion illustration. She’s exquisite, but it’s not just because of her physicality: it’s who she is as a person. She’s very spiritually aware. She also knows fashion inside out and really understands how dramatic and elegant things can look on her. She has a natural sense of style and a confidence with the way she moves her body — she could wrap a potato sack around it and look sensational!”

Where she shops: “I love shopping on Queen West.”

How she describes her style: “Whatever I’m in the mood for that day.”

“Fashion in the sports arena is something that’s really growing, and the intelligence and savvy of Patrick to go to someone like Tu Ly to design his skating costumes just says it all. He’s always very well turned out, and I see him off the ice as well, but it’s this level of fashion that he has when he’s performing that has impressed me so much.”