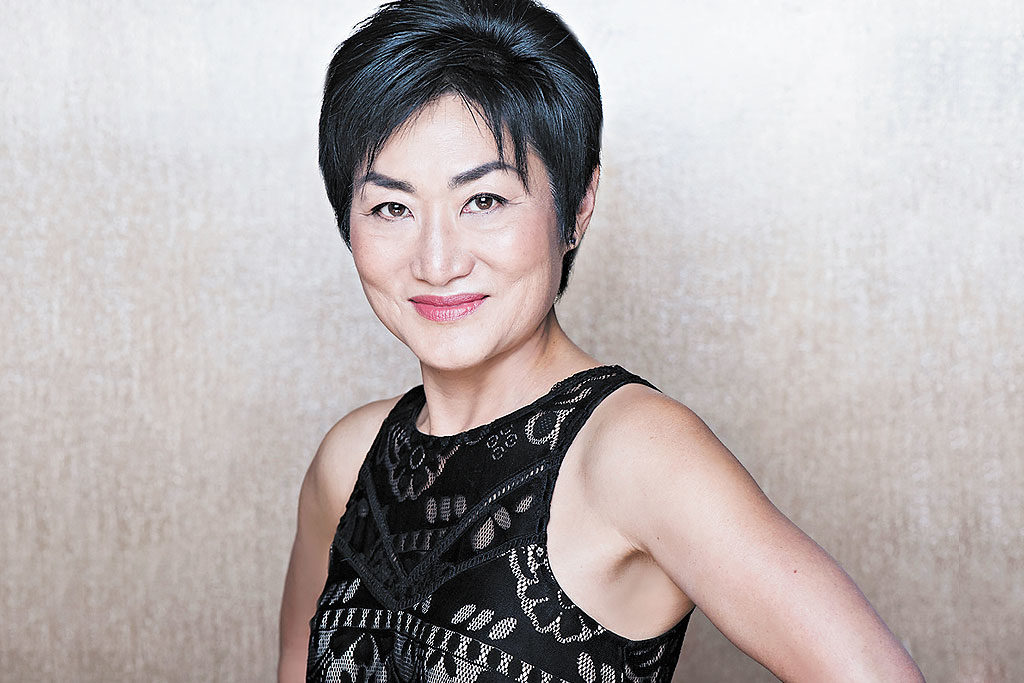 By now, Kim’s Convenience almost needs no introduction. Centred around the Kims, a family of Korean-Canadians who own a convenience store in Toronto, the sitcom features Jean Yoon as one of the leads. The stage play, originally written and directed by Ins Choi, was recently developed into a television series for CBC, premiering last fall to great acclaim. Kim’s Convenience is just one of a host of recent shows, such as Fresh of the Boat and Second Jen, to explore the experiences of Asian communities in North America.

Based in Toronto, actress and playwright Yoon currently stars in both the television series and the play. (There have been other onstage Ummas). Yoon originated the role of Umma — Korean for “mother” — in Kim’s Convenience the play and, to date, has put in over 300 performances across six cities. The TV show, co-produced by Thunderbird and Soulpepper, has been renewed for a second season and recently garnered 11 Canadian Screen Awards nominations, with Yoon nabbing one for Best Actress.

“I am proud and grateful that our show received 11 CSA nominations across a range of disciplines,” Yoon says. “I can’t quite believe that both Andrea Bang and I are nominated next to giants of comedy Catherine O’Hara and Kim Cattrall. Pinch me: is this real?”

Previous to this, the play won Best of Fringe at the Toronto Fringe Festival.

It was in 2011 that Yoon first played Umma in the stage production. Set almost entirely within the Kim family’s convenience store in Regent Park, Mr. Kim, played by Paul Sun-Hyung Lee, dreams of his children taking over the business, but his daughter Janet (Rosie Simon) wants to be a photographer, and his son Jung (played by Richard Lee in T.O. and Montreal; and Choi in N.Y.C.) is estranged from the family. Meanwhile, the neighbourhood is transforming. Condos have begun to sprout up, and the arrival of Walmart threatens the Kims’ business. It is an hilarious and heart-touching play that is at once a portrait of everyday Canadian life, a celebration of the resourcefulness of immigrants and a social commentary on a city that is changing at a rapid pace.

“I’m a Toronto girl pretty much through and through,” says Yoon. The actress was actually born in the States but moved to T.O. at a young age when her academic father got a job at the University of Toronto. The family moved around the city a lot, and during her formative years, Yoon attended a number of schools — Huron Street, Roywood and Harrison Public Schools, Windfields Junior High and York Mills Collegiate. Following graduation she undertook a degree at U of T.

“Along the way, I fell in love with acting and with drama,” says Yoon of her time at York Mills Collegiate. “I had extraordinarily good drama teachers in high school.”

Despite her teachers’ prowess, they were cautious about encouraging her to pursue an acting career.

“I was discouraged from pursuing it by pretty much everyone,” Yoon says. “Even my drama teachers were concerned. At the time, there were no Asians on TV. All you could see was a lifetime of hardship.”

Her parents, both scientists and academics, certainly had their reservations about their daughter’s career plans. “There were some epic biblical battles,” Yoon remembers. Against everyone’s advice, Yoon pursued her dream and soon landed roles in a Shakespeare in High Park production of A Midsummer Night’s Dream and the Obie Award–winning play FOB.

But it was not long before Yoon experienced first-hand the severe shortage of roles for actors of colour. “It was not a good time to be an Asian actor. In Canada or anywhere,” she says. “I hit the glass ceiling before I even started.”

Fed up with the lack of opportunities and the constant rejection that plagues all actors, she quit acting and moved to China to teach English.

“Theatre breaks your heart over and over again,” she says. “It’s like the bad boyfriend who is super sexy and tells you how beautiful you are, but then, all of a sudden, some other new shiny thing comes along, and all that’s left is a debt on your credit card and a whole lot of dirty laundry.”

Yoon spent two separate years in China and after her second stint returned to T.O. to find a changing landscape for actors of colour. A new awareness of cultural diversity and non-traditional casting was growing in Canada’s theatre, film and television industries, and Yoon took up a post as cross-cultural co-ordinator at Theatre Ontario. She then helped revive Cahoots Theatre Projects, a theatre company with a mandate to present culturally inclusive work. The company is still going strong.

Yoon started to develop her own work, and in 2000 mounted The Yoko Ono Project, a multi-media performance art comedy about Ono and her art. The play earned a Dora Mavor Moore Award nomination and several Jessie Richardson Awards. Yoon then adapted a Korean folktale for the stage, entitled Hongbu and Nolbu: The Tale of the Magic Pumpkins, for Young People’s Theatre. Coincidentally, Kim’s Convenience creator Ins Choi and Richard Lee, currently Jung, also performed in this play. Yoon also worked extensively on television, appearing on shows such as Orphan Black, and also voices Connie on the Emmy Award-winning PBS show Peg + Cat.

This summer Kim’s Convenience will have its U.S. premiere in New York with Soulpepper. Yoon is excited for the premiere and is confident the play will translate well to U.S. audiences.

“I think it’s time for Canadians to stop apologizing and covering up our Canadian-ness. Americans will have to figure it out.”

Kim’s Convenience is at the Young Centre for the Performing Arts through March 4, at the Segal Centre in Montreal March 8-19,  and at the Pershing Square Signature Center in New York City in July.