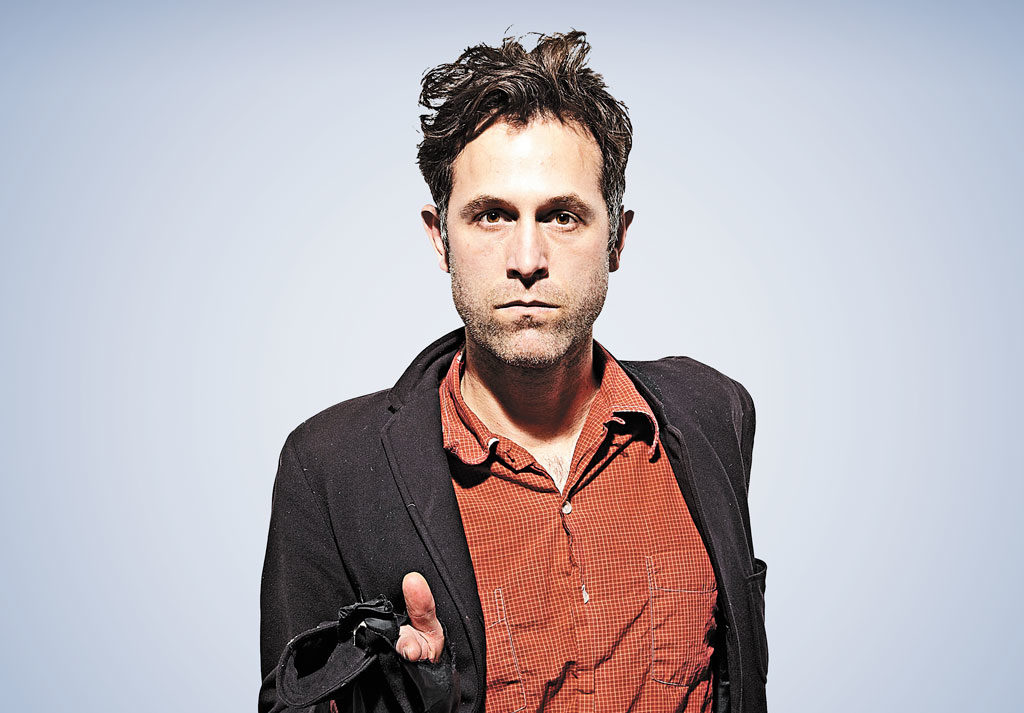 As a festival, Luminato has, in just a few short years, made a big splash in Toronto’s annual arts calendar, bringing in internationally renowned artists and projects like Marina Abramovitch, Philip Glass’ Einstein at the Beach and the Roots. But for all its success, there’s been occasional blowback from the local arts communities at the perceived lack of significant local involvement in the festival, which has benefitted substantially from public funding.

Many in the local arts community grumble that local involvement in the festival seems to be an afterthought after all the big-name international acts are programmed.

When it comes to bringing together those out-of-town artists and local talent, Luminato’s best offering is also its least formal: a special festival edition of Jason Collett and Damien Rogers’ Basement Revue series. Each night special unannounced guests entertain the packed crowd with unusual stage offerings. Past performances at Luminato and Collet’s December Revue have included anything from Margaret Atwood collaborating with country rockers the Sadies to Michael Ondaatje partnering with Feist.

Collett, a lifelong Toronto area resident, is best known for his own music career and as a core member of Broken Social Scene, the sprawling indie rock collective.

His musical career has allowed him to perform alongside other artists in intimate venues across the city and develop connections to an ever-expanding spiderweb of artists. Those connections are what make his Basement Revue series so popular as the show, which is always held at one of Collett’s favourite spots, the Dakota Tavern, is always sold out.

“I drink coffee at the Common, eat and drink wine at Union,” says Collett. “And the annual Basement Revue is every December at the Dakota — I can walk to all those places.”

Collett describes the revue concept thusly: “Our template is an old school revue show where the acts are short: some poetry, some music, then maybe a story, then music with poetry and so on — and a house band, so by the end, it turns into a frivolous dance party.” Their first edition of the revue for Luminato in 2013 featured, in addition to many Luminato artists, Hydra, a collaborative project between fellow Broken Social Scene-ster Feist, Daniela Gesundheit of Snowblink and Ariel Engle of AroarA. The house band was fierce feminist cover band rockers Vag Halen.

“I’m a big fan of mining the cover band scene in Toronto,” explains Collett, “cover bands of musicians who play in other well-known bands.”

Lately, the success of the original Basement Revue (and the ensuing Luminato editions) has had Collett and Rogers programming versions of the revue outside of the city.

“We just did a festival at the National Arts Centre in Ottawa,” Collett says.

And the concept has evolved as the pair have continued their association with Luminato.

“Like a lot of festivals, they have an after-party for their artists,” Collett explains.

“Most often, those after-parties are related to the top floor of whichever hotel the artists are staying at, and they’re usually stale — I’ve been to many myself,” he says, referring to his extensive worldwide touring experiences with Broken Social Scene.

“Damien Rogers and I, we bring to the party the curating and hosting skills we’ve developed. It’s a salon for the artists, and for the public, you get to see a really interesting variety show.”

The scale of the Luminato version of their revue has also changed since the first one in 2013.

“This year we’re at Pecault Square in a spectacular tent — they’re transforming the grounds,” says Collett.

“We wanted that outdoor feel. It’ll be interesting for our show to be at ground zero for the festival.”

As for the format, that’ll remain the same — with surprise guests every night from the Luminato roster and a wide range of local artists Collett and Rogers are familiar with.

“We augment Luminato talent with local talent. You don’t know who you’ll get, but you know you’ll see different dimensions of artists that come to the festival, another side of them that they may not be known for.… A great thing about having an international festival like this in Toronto is that you get to also mix in and showcase some rich local talent.”

At the end of each night, the locally sourced house band will get the crowd of diverse attendees moving.

“It’s almost like a wedding reception, muses Collett, “which I really love. Weddings are one of the few times as a culture we gather intergenerationally.”

And as with a good wedding, that exceptional house band will run through some standards, with many different guest vocalists.

“We extend the invitation to our guest artists to treat [the house band] like a live karaoke band. They may be here without their regular backing band, so we give them a ready-made one, with a large set list to choose from, so they can jump up onstage and sing.”

Collett has been busy with all this revue programming, but his own music is also proceeding apace, after several years of focusing on other work. (His last full solo album, Reckon, was released in 2012.)

“I’m working on a new record, yeah, after putting it off for a few years now. I’m happy to be in the studio again.”

When asked if he’ll be previewing some of the new material at the Luminato Basement Revue, he seems to pause to consider the idea.

“Yeah, I think I will. I tend not to play much myself at the revue, because I’m so busy wearing my producer hat, but maybe I’ll slide some in, as a way of introducing people.”

As for the artists appearing, when again pressed for some hints as to who might be onstage in the tent, he laughs.

“You have to look at the Luminato brochure and make some educated guesses. That’s part of the fun, the mystery!”

It’s no mystery as to which act at the festival he’s most looking forward to himself, though.

“There’s a lot of great music this year, of course. But I’m most looking forward to David Byrne’s project [Contemporary Colour, featuring Byrne’s frequent collaborator St. Vincent, Nelly Furtado, Tune-Yards and many more]. I get goosebumps just thinking about it.”