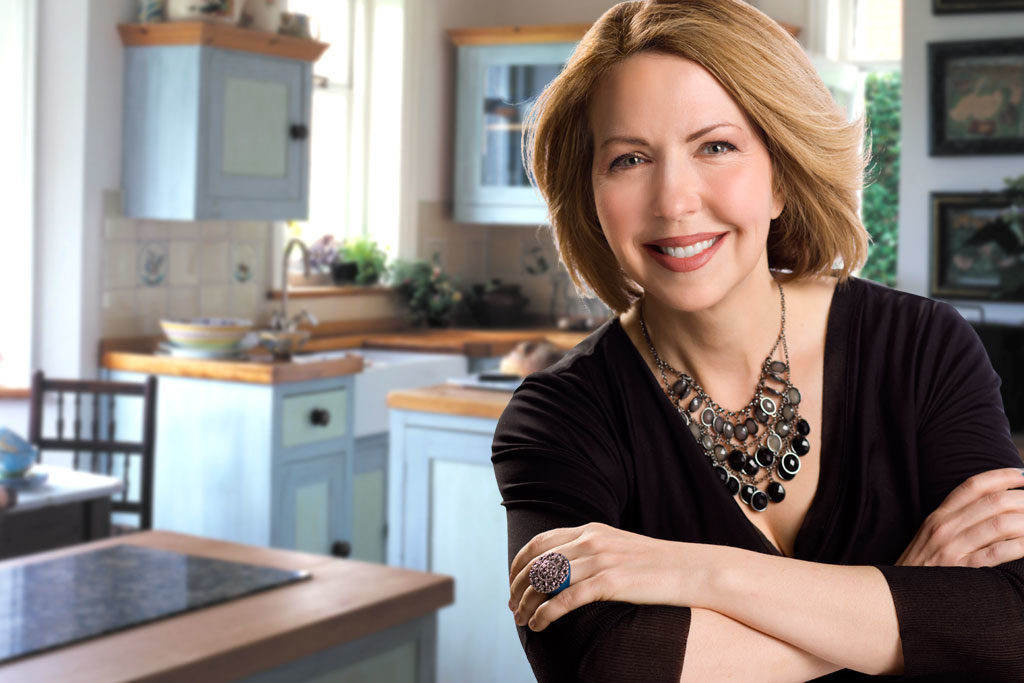 Jane Lockhart, now an award-winning designer, developed a passion for design at an early age but a career in design wasn’t always her goal. Little did she know that she would later have two hit design shows, One House, Two Looks and Colour Confidential, which aired across the U.S. and Canada.

After graduating from Branksome Hall, Lockhart started her post-secondary life as an economics student. The original plan was to move on to a post-graduate architecture program, but the pull of design was strong — something she partly attributes to the comprehensive art education she received at Branksome Hall.

“I had an amazing art teacher, Mary Simpson, all the way from Grade 10 to 13, and that really helped me understand art, art history and architecture and the political and economic forces that inspired art throughout history,” she says.

When she made the leap from economics to design, she headed to Ryerson for a bachelor of applied arts in interior design and subsequently launched Jane Lockhart Interior Design in 1997.

Prior to starting her own firm, Lockhart worked at Benjamin Moore in their retail design department. At the same time, she began providing design expertise on television for Cityline, soon after which HGTV came calling.

“HGTV came on board in Canada and called me to audition for a show. I needed to make a decision: stay in corporate or leave and do the TV show,” she says.

But since the TV show One House, Two Looks didn’t pay very well, she had to make another leap.

“The show paid almost nothing, which is why I had to start a design firm. I always knew I would start my own firm, but it happened way sooner that I thought.”

She dove right in.

“I had no idea how to even write an invoice. I didn’t even have a car, so I rode my bike to see the first client I had and hid it around the corner so they didn’t know I didn’t have a car,” Lockhart says.

While running her firm full­-time, Lockhart was also hosting, writing and designing spaces for her television series Colour Confidential.

And along with her guest expert spots on Cityline, she has also appeared as an expert on The Marilyn Denis Show.

Since her firm’s beginnings in 1997, Lockhart’s profile has grown exponentially, with clients all over the world, from Spain to Singapore.

One of the things Lockhart is most proud of, in addition to doing high-quality design work, is teaching other designers how to deliver excellent design drawings.

“We really think about that process,” she says. “I can make it so you don’t fight with your husband in the kitchen because you keep getting in each other’s way,” she says as an example of how space, when used correctly, can create more harmony in the home.

For any aspiring designers, Lockhart emphasizes the importance of learning as much as you can in the time you have and to always continue learning.

“In design you never stop learning.”

She also points out that design isn’t just what you see on TV.

“TV is TV. Design is design. Expect it to be harder than what you see onscreen and know that there is going to be a learning curve,” she says.