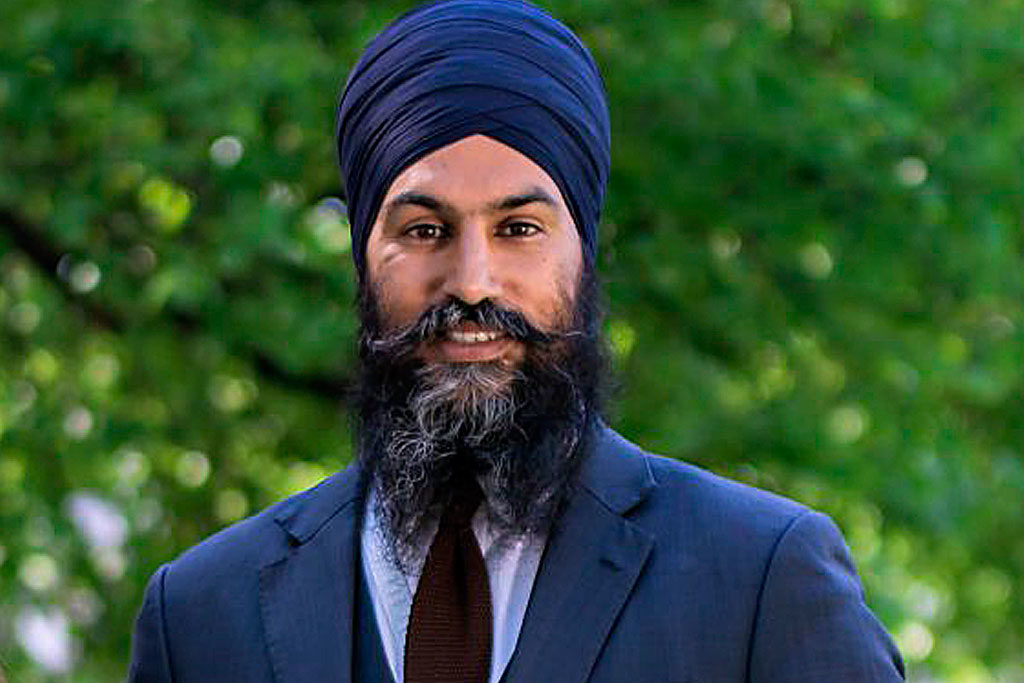 Federal NDP leader Jagmeet Singh’s new memoir tells the story of how he overcame a tragic childhood of bullying, sexual assault and life with an alcoholic father through love and courage. Here is the real Singh that Canada needs to get to know ahead of the next election.

Why was now the right time for this?

I knew there would be a lot of attention on me as a national leader writing a story, so I really wanted to write a story that was meaningful and impactful and that could do some good. I wanted to tell the story about those frustrations and fears and sometimes moments of shame and guilt that I had. And I know a lot of folks have those same experiences and feelings, and I wanted them to know that they aren’t alone and really inspire them to have the courage to love.

Why were you bullied?

How did your parents react?

My parents were worried. Education was so important to them and what they believed would give me the ability to live my dreams. My mom was a teacher before, so she really believed in the importance of learning. So they tried to figure out a way to give me more confidence and let me know how to defend myself, so they suggested taking some martial arts classes.

And that was really good for you, in the beginning, right?

I was excited about the idea. I watched Karate Kid, and the idea of going to a dojo and training was appealing to me. I really liked it off the bat. It was really rewarding getting stronger and learning the technique. So it did build confidence in me. But my instructor noticed that I was vulnerable and put in place a plan to exploit that.

So many people who go through that kind of trauma don’t make it out the other side. How did you?

It’s a really important part of my story. That is true: it is very difficult to make it out, and many don’t. One of the things I really want to drive home as a message: I didn’t make it through on my own. It was because of so many people who helped me out — friends, family, even sometimes people I didn’t know.

What are you hoping people take from your story?

The book title, Love & Courage, is to explain where my love and courage came from and an insight into why I care and the type of Canada we can build together. And really the purpose is to make people feel less alone and to help people who are hurting.

Was it hard to revisit all of this?

Yeah, it was tough to put my whole life in front of me and things I hadn’t thought about and just having to confront it all. For me, it was an opportunity to heal more because there were things I didn’t really think about or confront. If you don’t, they’re still there. Telling the story, sharing it and being open about it made me feel less trapped by it and more liberated and free.

Politics is a tough business, and, with an increasingly intolerant society, this election could get ugly. Are you ready for that?

Sadly, I faced a lot of that intolerance and a lot of hatred and negativity based on who I am, and that’s prepared me for the type of negativity in the political space.

But beyond that preparation, what I think I bring to the table is finding those connections with people you wouldn’t imagine there’s a connection. My mom reminded me throughout my life that we are all connected and we are all one, and that’s been my goal — to find the connections. The fact that we are in this struggle together, we have so much more that unites us than separates us.

Have you set a goal for yourself?

To form government and become the next Prime Minister of Canada.

How is Burnaby? You must really miss our long, snowy winters.

Oh man, the weather in Burnaby is always epic. It’s always a little warmer and milder, except in the summer. It’s still mild here, but I love the intense hot summers of Ontario.

What are you hoping to impress upon people ahead of the election?

What I see happening is that there is a genuine sense of frustration, that they are worried about the future and their kids. There are some politicians who are going to use that frustration and fear and blame those who are not responsible: co-workers, your neighbours, new Canadians and refugees. And they are not to blame. It is not their fault. We are where we are right now because of decisions being made in Ottawa by Conservative and Liberal governments who have chosen a certain path that has rigged the system and makes it harder and harder for everyday families and easier and easier for the powerful and wealthy. That’s what I want people to focus on. We can make better decisions.