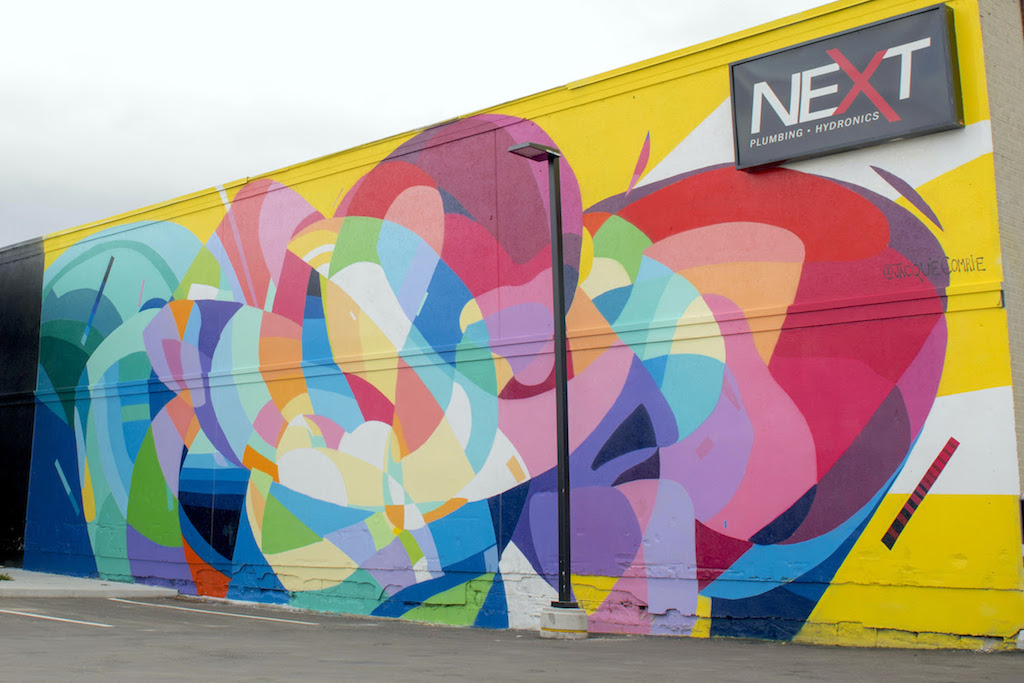 There’s a new mural on the corner of Dupont and Dufferin that’s purposely hard to ignore. The mural, named The Renaissance of Mother Gaia, is by local artist Jacquie Comrie and draws upon colour psychology to help brighten pedestrian moods.

“My work has always been inspired by colour and the incredible impact it has on our wellness and mental health,” says Comrie in a press release. “It’s been a difficult year across the world, and now more than ever, I wanted to create a space for people to take a break, nurture themselves and experience the healing power of colour.”

Panama City-born Comrie is called the queen of colour for her love of vibrant colours that are anything but boring and is known both locally and internationally for her bold use of geometric shapes. Comrie released this time-lapse video of the mural’s completion on Instagram.

Comrie’s work often brings life to everyday objects, including a recent TTC streetcar installation and rainbow-painted park benches alongside abstract portraits and mixed-media pieces. Her work has been featured across Toronto and in Miami, Madrid, and Panama City. Comrie’s work is for sale on her website and through her Instagram account, and her larger murals can be seen across the GTA.

ELAD Canada commissioned the Dupont and Dufferin mural in conjunction with the STEPS initiative to help revitalize Toronto’s West End. The Renaissance of Mother Gaia spans 86 feet wide and 22 feet tall and is hosted on the west exterior wall of NEXT Plumbing Hydronics Supply.