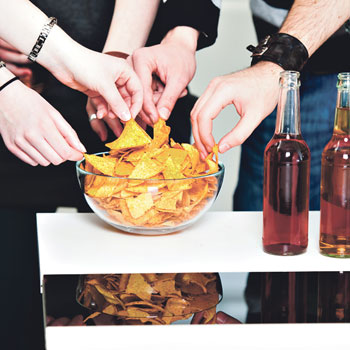 When parenting young children we suffer exhaustion, we’re overwhelmed and we’re hungry for free time and sleep. And also blissfully in control. Until kids hit adolescence, there’s not much they can do without us knowing about it; our locus of control is wonderfully large. The awful thing about them growing up is that we’re no longer in charge. Before I had teens, I enjoyed the illusion that one magical day they’d become sensible grownups, and until that moment I’d be in charge.

The way it really works is that our little angels begin to test their wings around the time of puberty. Their growing up process requires them to individuate and separate from us. By definition that includes doing stuff that a) we don’t want them to do and b) they hide from us. As parents we hate that. After 14 or 15 years of enjoying pretty much total control over their lives, and using that control to keep them safe, we have come to rely on our ability to protect them.

And then suddenly it’s gone. They start doing things we abhor. They withhold information. They un-friend us on Facebook. They lie.

One of the toughest parental challenges in this phase is their parties. In my perfect world, no parents would ever go out or away and leave their teenagers unsupervised on a Saturday night. Why? Because all teens are always looking for “an empty,” and when they get it, the crowds arrive with alcohol and drugs. No engraved invitations necessary. The average 15-year-old can gather a crowd of 80 kids in about 22 minutes using Facebook.

Will your child tell you that’s what’s happening at their friend’s house tomorrow night? Sure, and Santa Claus is coming down your chimney next month. It can happen at your house too.

So what is a parent to do? First off, don’t stay out after 11 on Saturday nights or they’ll be at your house. Don’t go away for the weekend and leave a powerless nanny in the basement, because they’ll ignore her and party anyway.

Can you stop other parents from doing that? Fat chance. Because too many parents have their heads in the sand about teen partying behaviour. So let’s keep it simple: Our primary goal is to keep our children safe. Which means they don’t die of alcohol poisoning or get in a car with an impaired driver whose parents were stupid enough to give him/her the car that night.

The simplest way to do that is to acknowledge to yourself that your child will be going to those parties, and help them to learn to set their own limits. Which means starting off by keeping them on a very short leash. When they first start going to parties, make them give you the address of where they’re going to be, and phone you every 45 minutes. Keep them on the phone chatting for two minutes. The phone call is a natural limiter of their behaviour. Tell them that if you don’t receive the phone call on time, you’ll get in the car immediately and go get them. They don’t like it? Too bad. Stay home.

Curfews are great too. A well-enforced curfew helps teens learn to build their own internal limits. Have a midnight curfew and enforce it aggressively. Fifteen minutes late means no going out next weekend. An hour late costs two weekends out. Meet them when they come home. Talk for a few minutes. Watch them walk. Having to interact with you is another natural limiter.

The phone calls and the curfews can begin to ease up over time, as teens develop an internal compass and learn how to keep themselves safe out in their social world. It takes years. Then they will be ready for first year university — and making their own choices without reference to you. Roots and wings.

Parenting columnist Joanne Kates is an expert educator in the areas of conflict mediation, self-esteem and anti-bullying, and she is the director of Camp Arowhon in Algonquin Park.