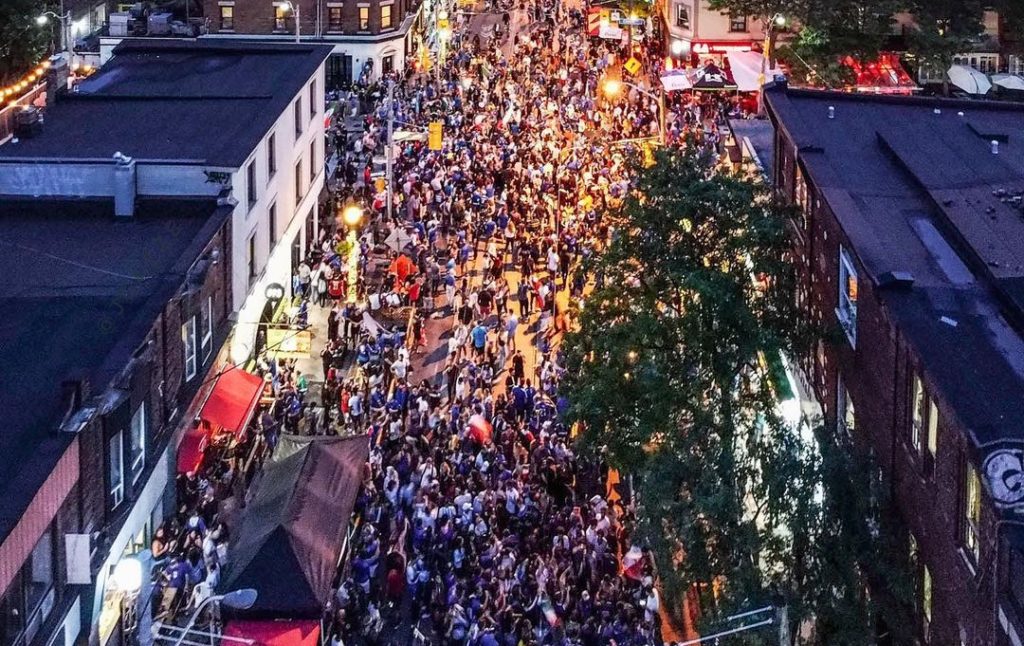 Soccer fans from across Toronto and the GTA came together on Sunday to celebrate Italy’s second Euro cup win after defeating England, filling streets, patios, and city centres.

Many in Toronto watched as Europe’s top teams faced off at Wembley Stadium in London for the nail-biting final match of the 2020 tournament— delayed due to the ongoing Covid-19 pandemic.

The festivities continued well into the night in Little Italy with fans chanting “Italia” as they filled College Street, across from Cafe Diplomatico.

Corso Italia was also closed due to the celebrations as the Italian team made history as the first team to win by penalty shootouts twice in the same tournament.

Areas of Toronto— including  St. Clair West— were livened up by music and dancing, with fans singing songs in Italian and English together.

Fans north of Toronto flocked to Market Lane in Woodbridge to celebrate Italy’s European championship title, while others flooded the streets of Little Italy downtown.

Following an overtime score of 1-1, the Euro final ended in Italy’s victory over England in penalty shootouts with a 3-2 score.  The Euro Cup went home to Italy for the first time since 1968.

Family and friends from across the GTA were brought together for the tournament, as well as the celebrations which followed. The celebrations were long awaited—offering a much needed dose of cheer to the summer.