Is Toronto becoming more polarized and angry? - Streets Of Toronto
Skip to content 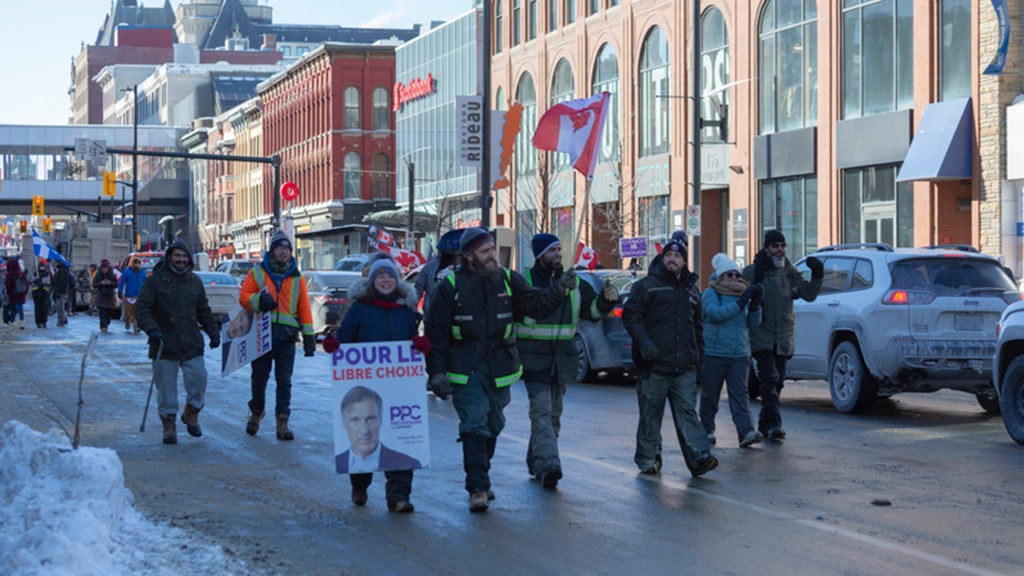 The Freedom Convoy folks met their match in the Toronto police. The police blocked trucks and other vehicles from parts of the central city, so the protestors were on foot, something many of us can easily live with.

Toronto police learned from the failure of police in Ottawa and on Windsor’s Ambassador Bridge to control the occupation or insurrection or whatever one might call it.

What is surprising in Toronto and elsewhere is the significant number of people that these events attracted. More than 90 per cent of Canadians have received at least one vaccination, so it is clear that many of these protesters are reacting to more than just the vaccine mandate, which some truckers said was their issue.

Yes, some of the convoy consists of those wanting to bring down the government by any devious means, but most everyone agrees that most of those attending the protests probably do not share those twisted values.

I think the larger issue is that too many people feel disaffected. They do not feel part of the larger society.

It is an inchoate disappointment or anger, one that is not fully formed and searching for some new kind of cohesion. The terrifying worry is that cohesion might come from fascism or dictatorial rule, which seems to be hovering at the edges and ready to seize the opportunity for power.

What can be done to bring people back into a sense that they are an integral part of society at large? Surely it is more than just ending mandates — that won’t provide the needed resolution.

The idea of recreating social cohesion is the problem that faced the western world after the Second World War. Societies were at a crossroads, and the solution was the welfare state: distribute social goods, such as health care, education, income and wealth, more broadly.

It was a powerful program, resulting in what some even call a golden age. Jobs were plentiful, virtually everyone had good money, and social institutions expanded enormously: witness the growth of universities, health care facilities and housing people could afford.

No, it was not perfect. Some were mired in poverty, racial discrimination was far too prevalent, the natural environment was put under too much stress, and the legacy of colonialism was not addressed.

But for the growing middle class there was a strong social cohesion. Our challenge, if we are to confront the fractured society we now live in, is to devise ways to again make everyone feel they are part of something larger.

It will probably start with finding ways of sharing our financial resources broadly: a fairer tax system and ways for our public institutions to fund and deliver programs that give everyone fair opportunities.

Critical, of course, is finding ways to address climate change and acknowledging that the fossil industry is leading us to widespread calamity and death.

The great disappointment is that our governments hardly seem up to these tasks. Justin Trudeau’s regime has no interest in a fairer tax system, nor does the

We must construct a more progressive system of government and democracy. We need our leaders to talk seriously about creating a society in which everyone feels they have a part, that they can share in the wealth and opportunity.

Yes, it means a government more active in changing the distribution of wealth and income, and that is a tall order.