Is the Waze map directing an unsafe number of cars onto quiet neighbourhood streets? - Streets Of Toronto
Skip to content 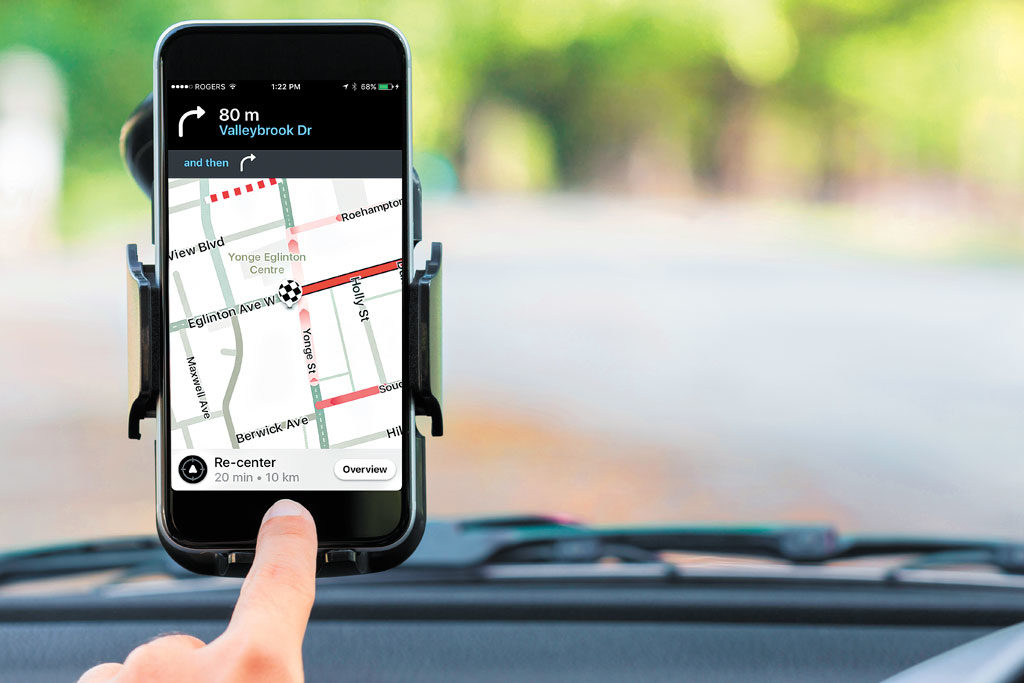 Traffic app Waze was trumpeted as a gridlock-solving wonder tool when the city signed on to share traffic data last year. But questions abound, and some are wondering if this and similar map apps, such as Google maps, are causing more problems than they are helping to solve.

With all the construction and bumper-to-bumper traffic in the GTA, Waze is routinely suggesting alternate routes that send drivers careening along once-quiet residential streets. It’s like every driver in the city suddenly has everyone else’s favourite shortcuts that were once reserved for locals only.

In November 2017, the City of Toronto announced a partnership with Waze, which uses user-supplied data to recommend quicker routes for cars, often off the beaten path. Waze was purchased by Google for $1.15 billion in 2013.

The partnership allows both the city and Waze to access each other’s real-time traffic and road data, according to a statement from the city, in order to allow Waze to provide better route instructions based on the city’s data, while the city can use Waze’s data from anonymous drivers to make what it calls “data-driven infrastructure decisions.”

Although the partnership appears to be one made in driving-efficiency heaven, Waze has been receiving backlash across the United States and now in Toronto over traffic being diverted from main roads to quieter side streets because of the app’s recommendations.

Stories have appeared out of the U.S. of bumper-to-bumper traffic on a residential street in L.A. or in Leonia, N.J., where “people can’t get out of their driveways,” the town’s police chief told the New York Times.

Now there have been similar complaints of traffic hitting residential streets in Toronto. And with continued focus on traffic safety project Vision Zero and numerous pedestrian and cyclist deaths on our city streets, people are justifiably looking for answers.

“[Waze] is a huge problem in Leaside and Davisville Village.”

Toronto mayoral candidate Jennifer Keesmaat tweeted out the L.A. Waze story and said she has seen the “insanity” herself as Waze recommends “circuitous routes.”

“[Waze] is a huge problem in Leaside and Davisville village,” said Ward 26 councillor Jon Burnside. “It is sending people down streets that were previously quiet.”

Burnside explained that, due to construction along Eglinton Avenue West for the LRT, people are hungry for quicker routes, which Waze is providing to the detriment of the neighbourhoods.

“[Residents] talk about their feeling that the Waze app is sending traffic down their streets when previously it was beyond their street,” Burnside said.

Burnside sees the increase in traffic as a safety concern because of people that are in a rush speeding.

“Now that you have traffic on previously quieter streets, it changes the dynamic between pedestrians and their surroundings, so people have to be more vigilant,” he said. “That is often a little more difficult with children, so that’s the worry.”

The Leaside neighbourhood has seen the tragic results of reckless driving on residential streets.

In 2014, a seven-year-old girl named Georgia Walsh was killed on a neighbourhood street by the driver of a minivan, putting traffic and safety in the spotlight.

Waze already has a strong foothold in Toronto, with approximately 560,000 drivers who actively use the app as of late 2017.

So what is a tech-hungry city to do to tackle the unwanted consequences? The City of Leonia has taken drastic measures to fight residential traffic due to Waze. The city has restricted 60 side streets to residents only during rush hour by issuing a bright yellow tag to keep in your car for residents of Leonia.

Waze does seem willing to work with communities to limit residential traffic. Terry Wei, a Waze spokesperson, told the New York Times that if a road is legally reclassified into a private road then Waze’s map editors will respect that change.

“Our speed limits are still too high on quiet residential streets.”

Some residents have even resorted to reporting false blockages in an attempt to not have their neighbourhood as a route, but such an attempt couldn’t fool the crowdsourcing of Waze.

Steven Farber, an assistant professor of transport geography at University of Toronto, agrees with the idea to lower speed limits.

However, Burnside disagrees that lowering the speed limit will affect the influx of cars from Waze.

“That isn’t going to change the drivers who are already using the streets. The cat is already out of the bag,” Burnside said.

Although Waze does have negative consequences, Farber highlights its benefits.

“I do see the positive of app-based routing because it really could increase the efficiency and optimality of our transportation system without spending money on new infrastructure. That’s a major win,” he said.

“Then it is about figuring out whether or not it is fair [to local residents].”