Is the public being shut out of Woodbine Beach volleyball courts? - Streets Of Toronto
Skip to content 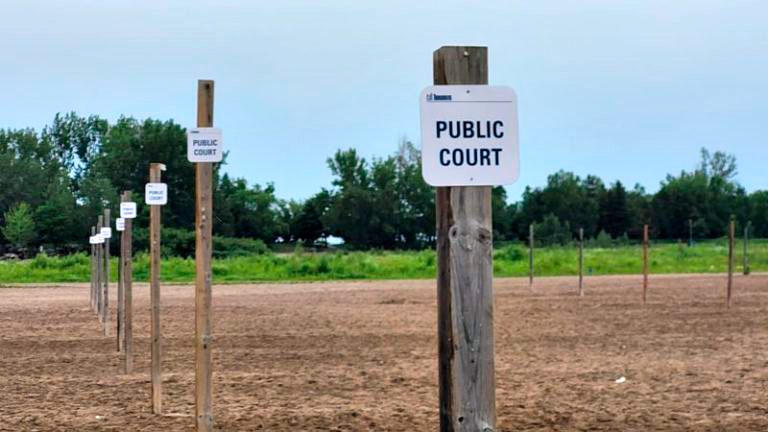 A petition to the City of Toronto is gaining attention as it calls for more public access to the beach volleyball courts at Woodbine Beach. The petition is asking that the city only permit 50% of the courts at one time to allow for more public use.

According to the petition, in the past five years, the city has permitted 96 out of 107 courts, leaving only 11 available for public use. The city recently and unexpectedly closed two public courts along with a recently developed accessible court.

The permitted courts are only allowed to be used by those paying to play in leagues and weekend tournaments.

“As an amenity of a Toronto public park,” the petition reads, “people should not be limited by economic means if they cannot afford to join the leagues, or limited by work schedules etc., which are set by the permit holder.”

The petition states that providing more public courts will connect a community that is currently divided by having the public courts on the furthest ends of the beach away from each other.

“This is a community that is continually growing, that is inclusive, strives to keep the beach area clean, and gives back to the community,” reads the petition.

It further highlights the ways the COVID-19 pandemic demonstrated the high demand for more public courts. The closure of volleyball leagues and permit cancellations, along with increased government messaging for people to get outside and get active, had people enjoying the space more freely and even setting up their own nets.

“All people of Toronto deserve to have access to this public amenity,” the petition reads. “Dealing with Covid has led to a change in lifestyle for many. More families and individuals are getting out, getting active and have had to do so in an unstructured environment.”

If the city allows for 50% of the courts to have public access, permit holders could still use over 50 of the courts, allowing for over 100 teams to play at one time.

Toronto’s public has already shown massive support for the public volleyball courts with almost 300 signatures on the petition and over 800 on a similar petition calling for an additional 10 courts.

One person who signed in support of the petition said it is “critical” to have public access to courts as beach volleyball is one of the few free and healthy outdoor activities left in the city.

“Public access to recreation is important in a society that encourages community, health, and physical activity,” writes another. “It is counter-productive to those purposes to restrict free access to a public amenity.”

The petition can be found and signed on Change.org.