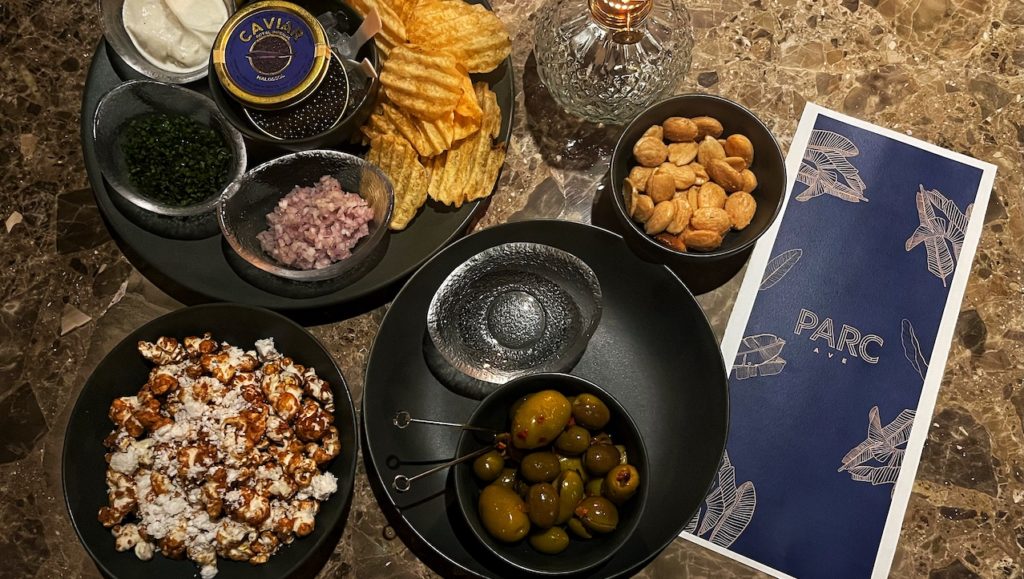 At Yorkville’s snazzy new bar Parc Ave, Ben Kingstone opens a fridge behind the bar and uses a pair of small tongs to remove a tightly-folded, white towel.

“It’s hot outside, so before you enjoy a cocktail, cool down first,” he says, placing the ice-cold towel in my outstretched palm.

As restaurants grapple with inflation, and diners weigh the cost of going out through a more finicky lens, bars and restaurants in the city are looking for new ways to attract and retain a different clientele.

Seeking to create a refined and high-end experience, beverage manager Ben Kingstone and his team officially opened Parc Ave on July 20. Located at 265 Davenport Rd. in Yorkville, the new cocktail bar serves sophisticated drinks that range from $24 to $135 and are often accompanied by luxurious ingredients, like a dainty scoop of black caviar or a piece of decadent, ruby chocolate.

Kingstone has worked in restaurants around the world, and is a well-known figure in Toronto’s bar scene (Mother Cocktail Bar, Belfast Love, Death and Taxes). He says Parc Ave was three years in the making.

Despite the impressive space that includes two sprawling bars and a candle-lit lounge with cherry red couches, there’s no kitchen or food menu. There are, however, high-end snack options that include a luxurious black caviar platter served with sour cream, shallots and Ruffles chips, inviting guests to build their own “sandwich.” Popcorn with miso and caramel and sliced macron almonds (some of the most expensive you can get) are also on offer.

To start, Kingston’s “cocktail library” as he affectionately calls it, will include 30 luxurious options. As the ingredients change with the seasons, he will revamp the menu where he sees fit. Also on the menu are a selection of barrel-aged cocktails that see a selection of spirits aged in new French oak anywhere from several weeks to several months. The result is more of a slow-sipping, sensory experience than what can be expected from the round ordered at a typical neighbourhood watering hole.

“There’s nothing really like it in the area so we thought that it was a good place to have something like this,” Kingston says, noting that Parc Ave’s concept ties in well with Yorkville’s affluent residents and other businesses. “It’s easy to make something taste good, but it’s very hard to make something taste good and have clarity and flavour. If it tastes like the ingredients that are within it, and if you’ve achieved that, then I believe that’s a successful cocktail.”

Notable cocktails include Kingstone’s favourite, The Godfather ($36), which produces a smokey, buttery taste brought on by the brown butter-infused Laphroaig (a Scottish whiskey), accompanied by cinnamon Amaretto, hazelnut liqueur, and coffee-infused Cinzano vermouth. The Godfather is one of two barrel-aged cocktails patrons can try, the other being the Vampire Campfire which blends notes of peppercorn and cacao alongside Bulliet Bourbon.

The Slightly Dangerous ($24), another crowdpleaser, is a tequila-based cocktail that blends Dejado Blanco, Martini Fiero, passionfruit cordial, mint cordial, and bubbles, and is garnished with a fresh piece of passionfruit that’s set alight with a blow torch.

But perhaps the most impressive cocktail of all is the Sazerac ($135) —found on the Vintage Reserve section of Parc Ave’s menu, the drink uses Rémy Martin XO Michter’s US-1, sour mash, and Peychaud’s sugar syrup and is garnished with a small white spoon that balances atop the glass and holds a scoop of black caviar. The Vintage Reserve at Parc Ave is, according to Kingstone, “ultra high-end and ultra-premium cocktails with a little bit of a high-end twist and using the best spirits out there.” 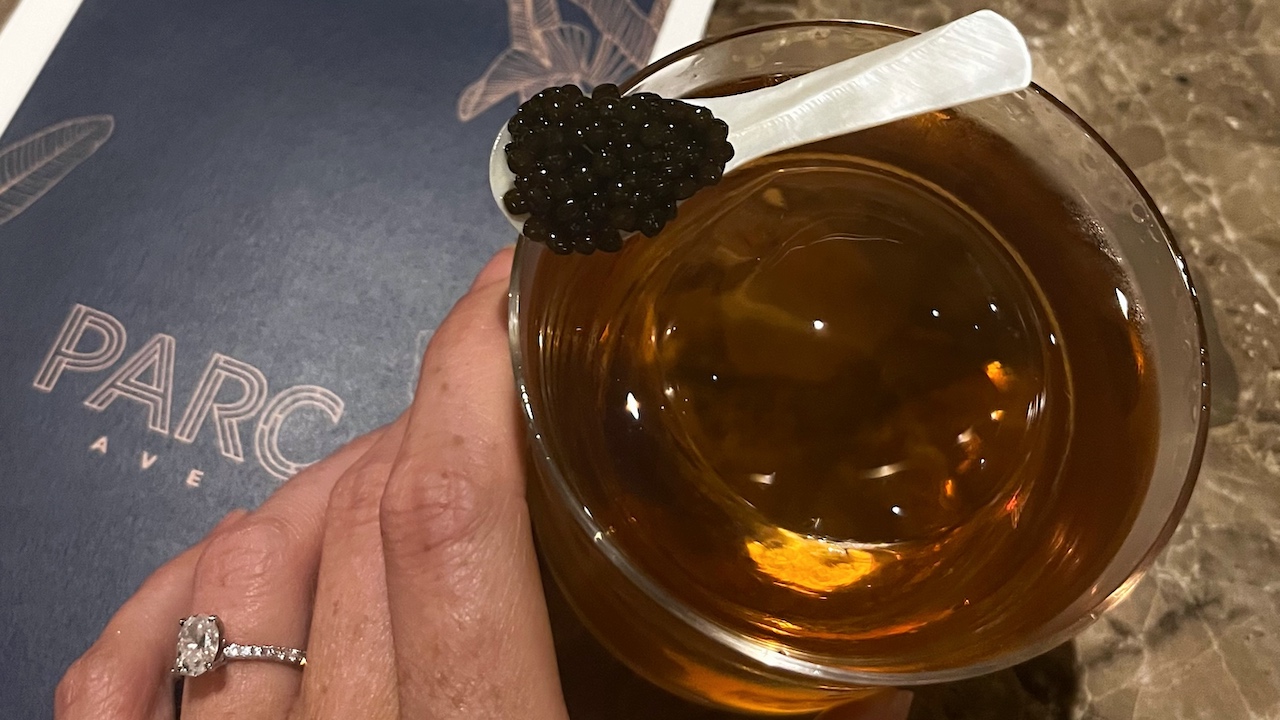 While his cocktail menu is the focus for now, Kingstone says that Parc Ave will also offer high-end pizzas through a partnership with Blondie’s Pizza. All of the pizzas will be made from the same housemade, fermented dough that Blondie’s is known for, but the pricepoint will start at $100 and will feature imported, luxurious toppings.

When asked about the creations guests can expect, Kingstone replied, “Stop by and ask for the caviar pizza.”

Parc Ave is open Wednesdays and Thursdays from 6 to 11 p.m. and Fridays and Saturdays from 6 p.m. to 2 a.m.