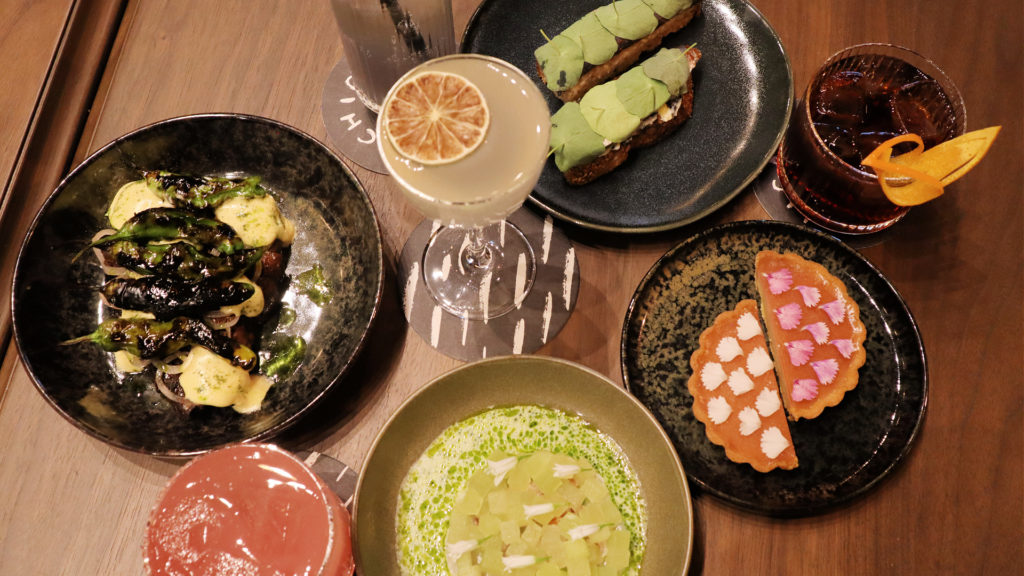 Chica takes over Bar Buca’s former space on Portland Street, where a blink-and-you’ll-miss-it entrance with frosted windows and a subtle sign gives way to a dramatic, high-ceiling dining room. “You really get that energy, that buzz, that excitement,” says general manager Michael Garrett of the 60-seat restaurant. “People are even talking to the table next to them and asking what they’re eating.” 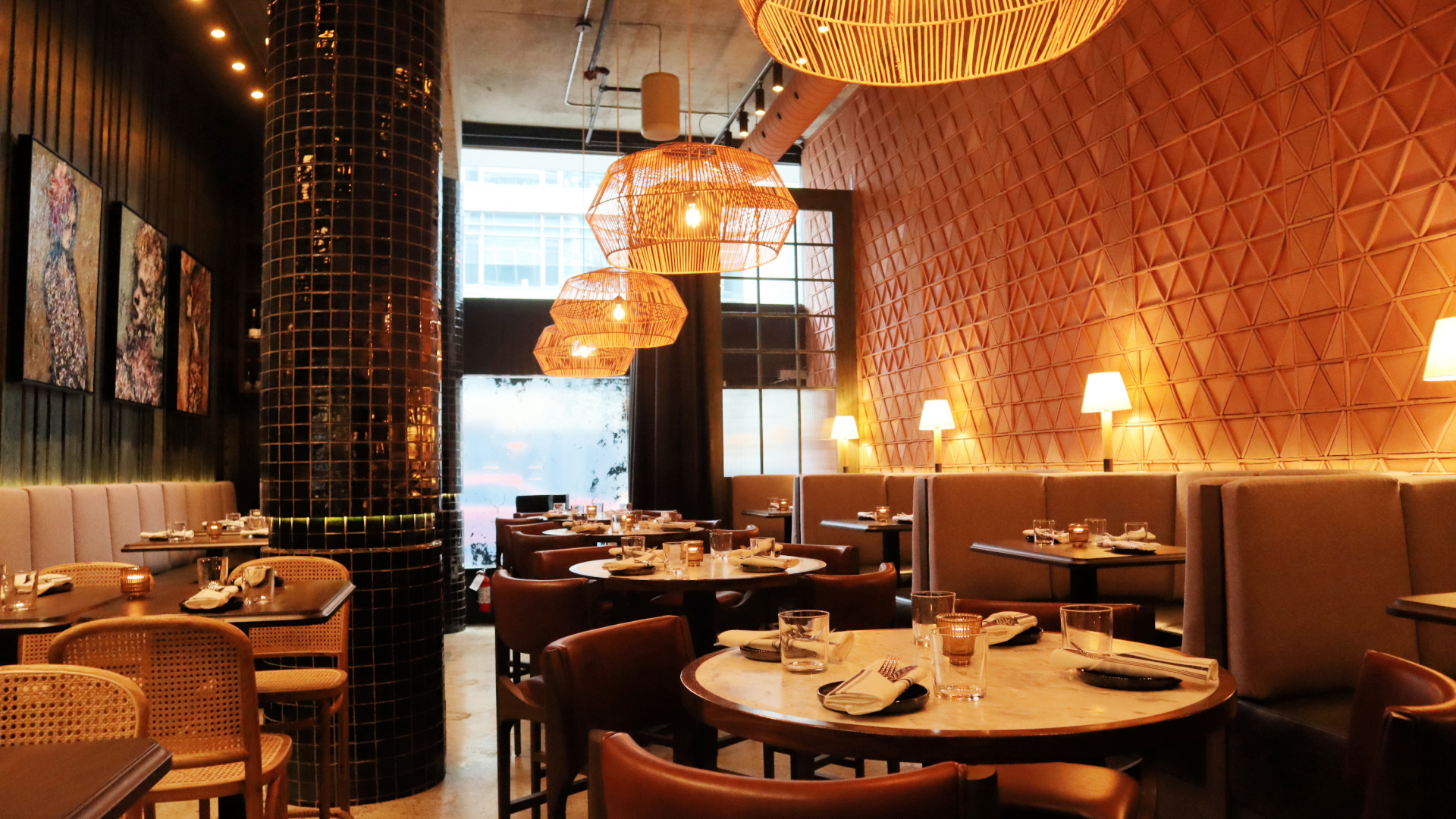 The lively ambiance, snack-style menu and thoughtful drinks program lend well to lingering dinners and convivial late-night meals with multiple rounds of drinks and nibbles. “When someone gets a dish they like, they’re like: ‘just give me another one,’” says Garrett.

Led by executive chef Ted Corrado and head chef Kevin Le – who previously did a stint a Copenhagen’s legendary restaurant Noma – Chica looks to put a creative spin on traditional tapas. “We take a lot of dishes and ingredients from Spain and do our own play on it,” says Le. “We’re a little modern and a little playful.”

Beautiful plating is a theme throughout the menu and, in true tapas style, all the dishes are made to be shared. Taking a cue from Noma’s renowned flair for fermentation, many of Le’s dishes also incorporate pickled ingredients. 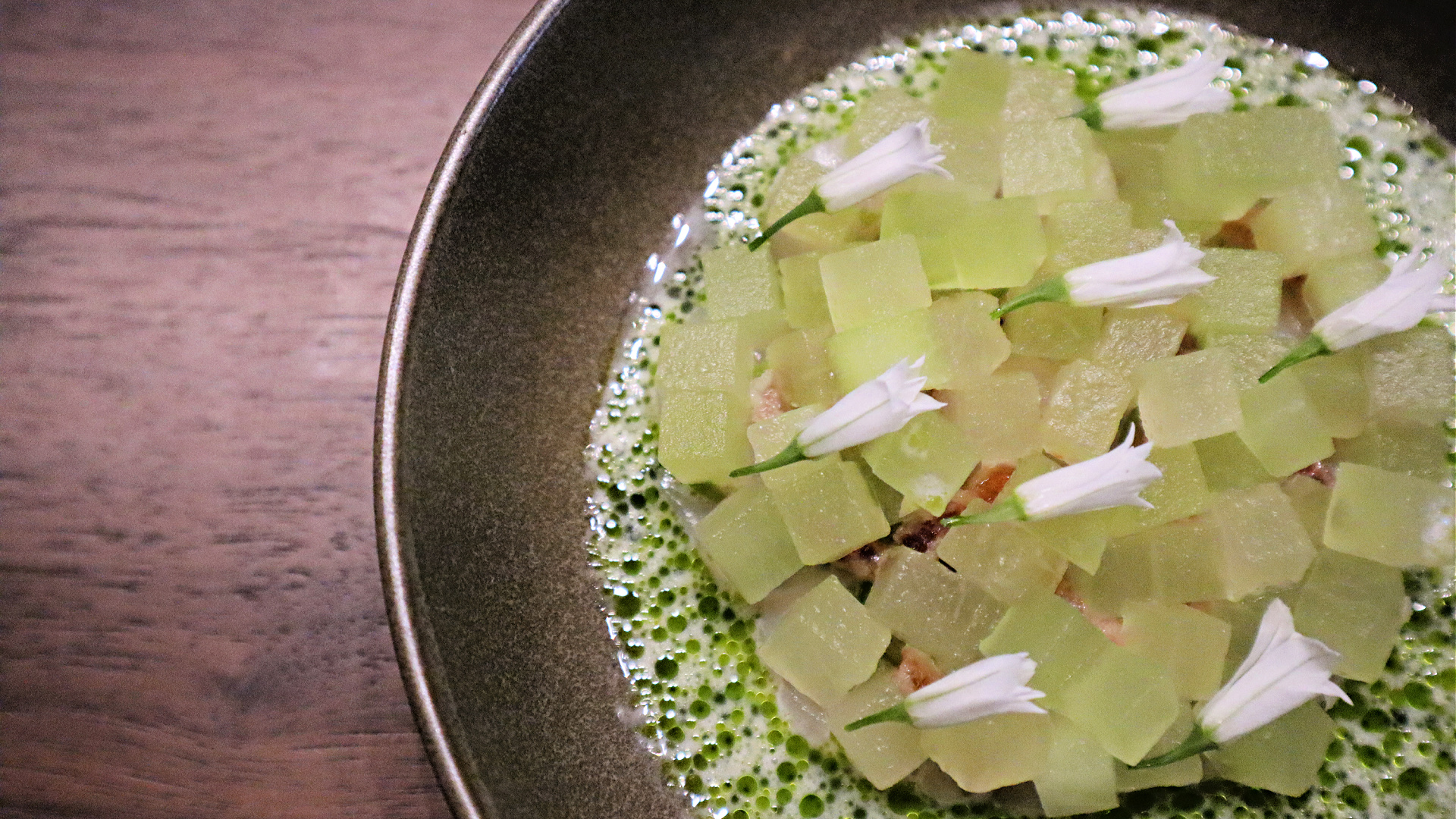 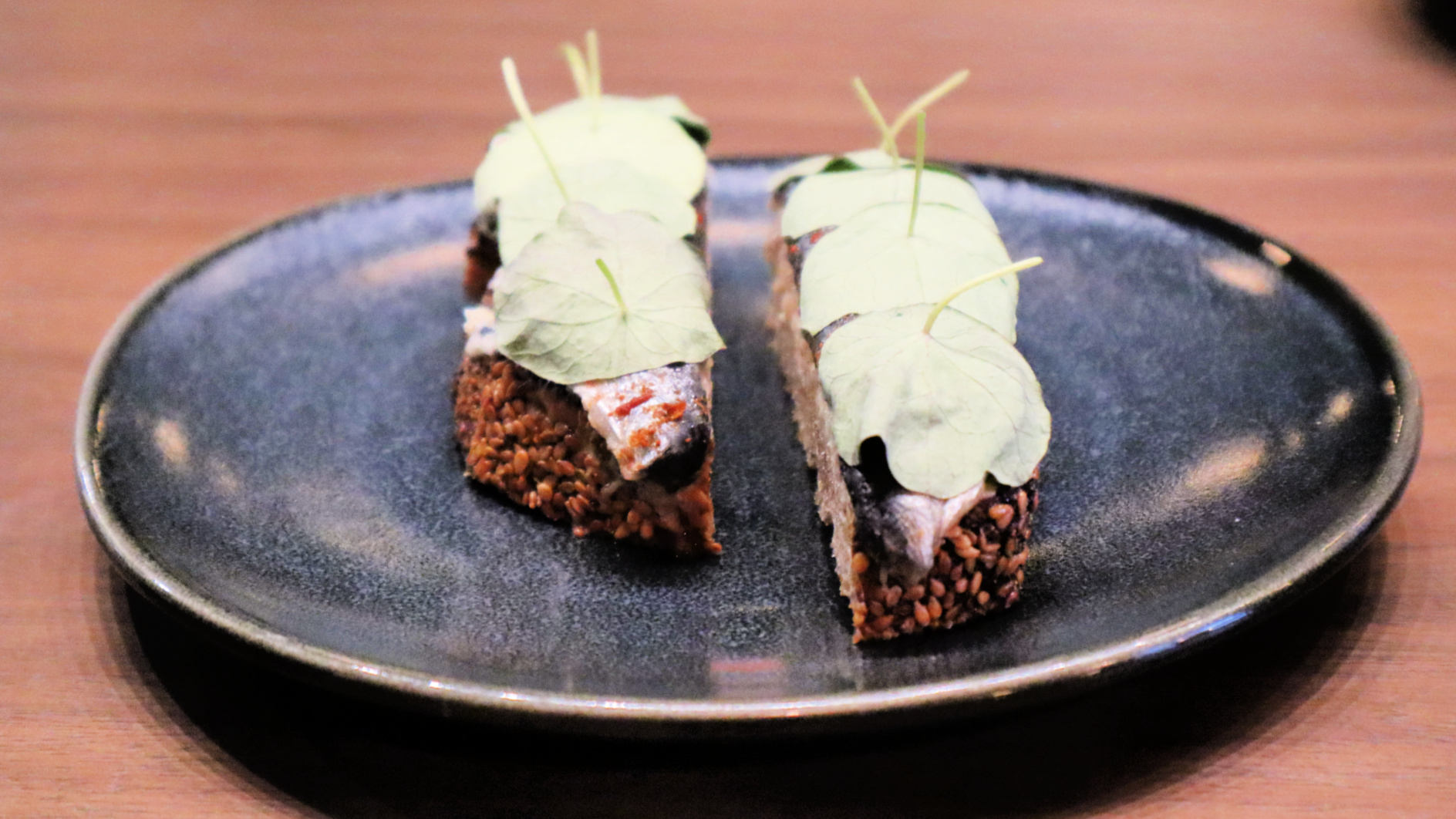 The Tostadas con Sardinas is a pleasantly briny bite that sees sardines marinated in ramp vinegar and served on a wedge of Blackbird Baking Co. sourdough along with cultured butter, garlic aioli and ramps. 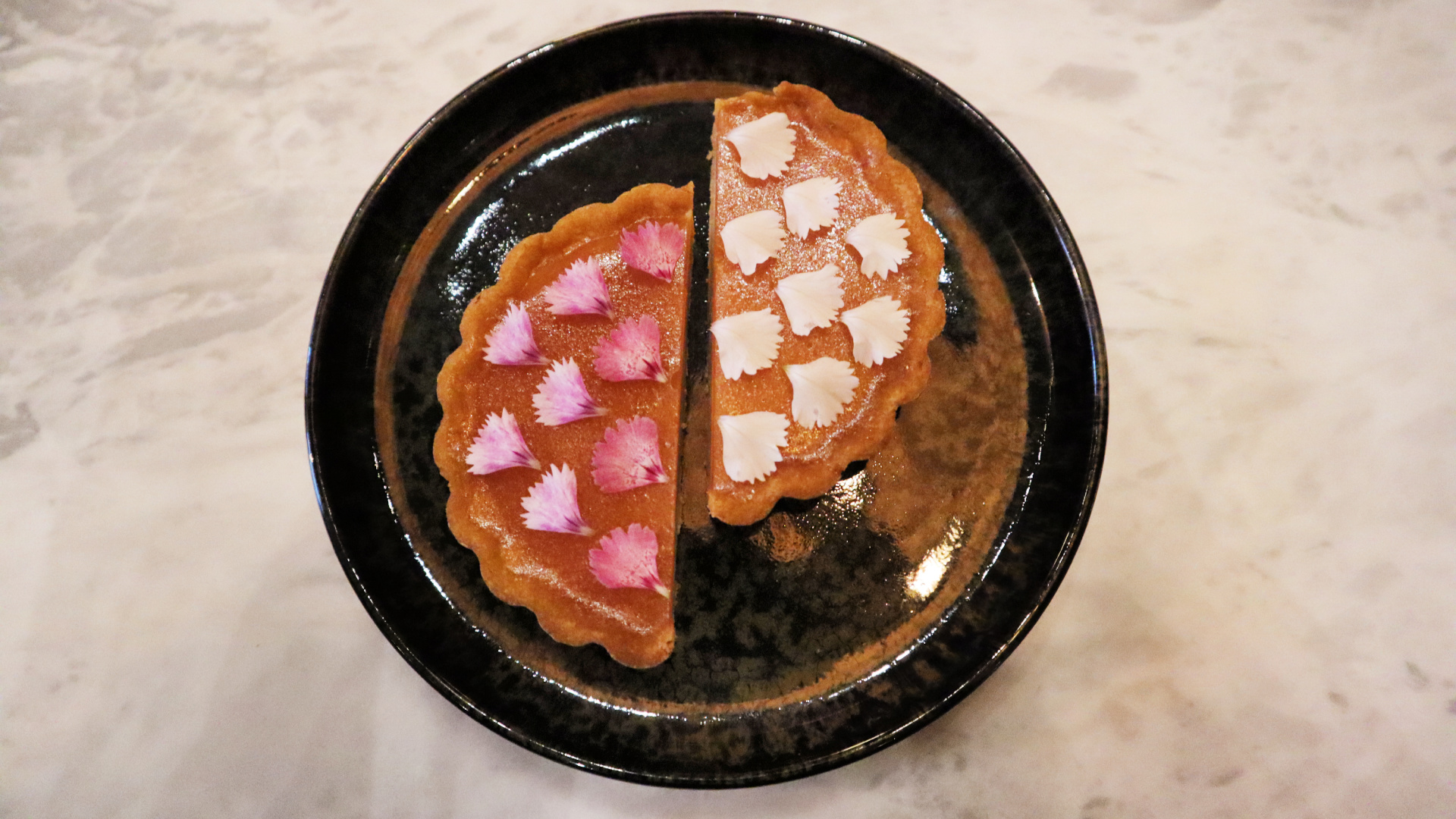 The Tarta de Pate de Higado could easily be confused for a dessert with its pretty plating but, instead, the shortbread tart holds savoury duck liver parfait with sherry gelee. 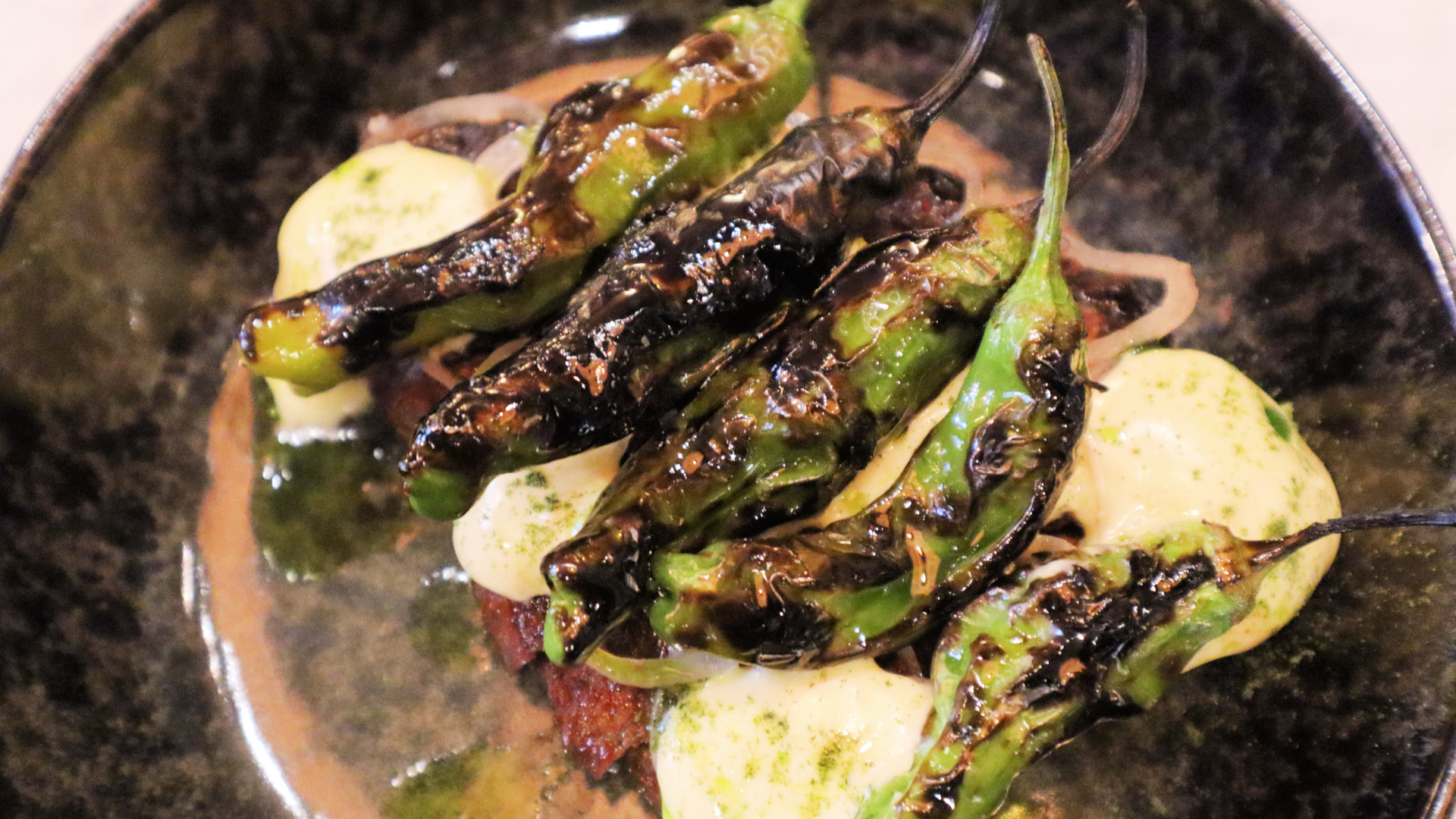 The Chuleton is a dry-aged, 7-oz Ontario ribeye. The melt-in-your-mouth meat is topped with pickled shallots, pepper bearnaise and blistered shishito peppers dressed in yuzu kosho.

Mirroring the food program, bar manager Tony DaSilva’s drink menu aims to bring fresh twists to classic cocktails. “I usually make a big map when I do my cocktail menus. What fruits are in season now? What fruits grow there [Spain] to begin with? What’s really popular? What do they drink?” he says of his approach. “We’re raising them [classic cocktails] up and making them a little more elegant.” 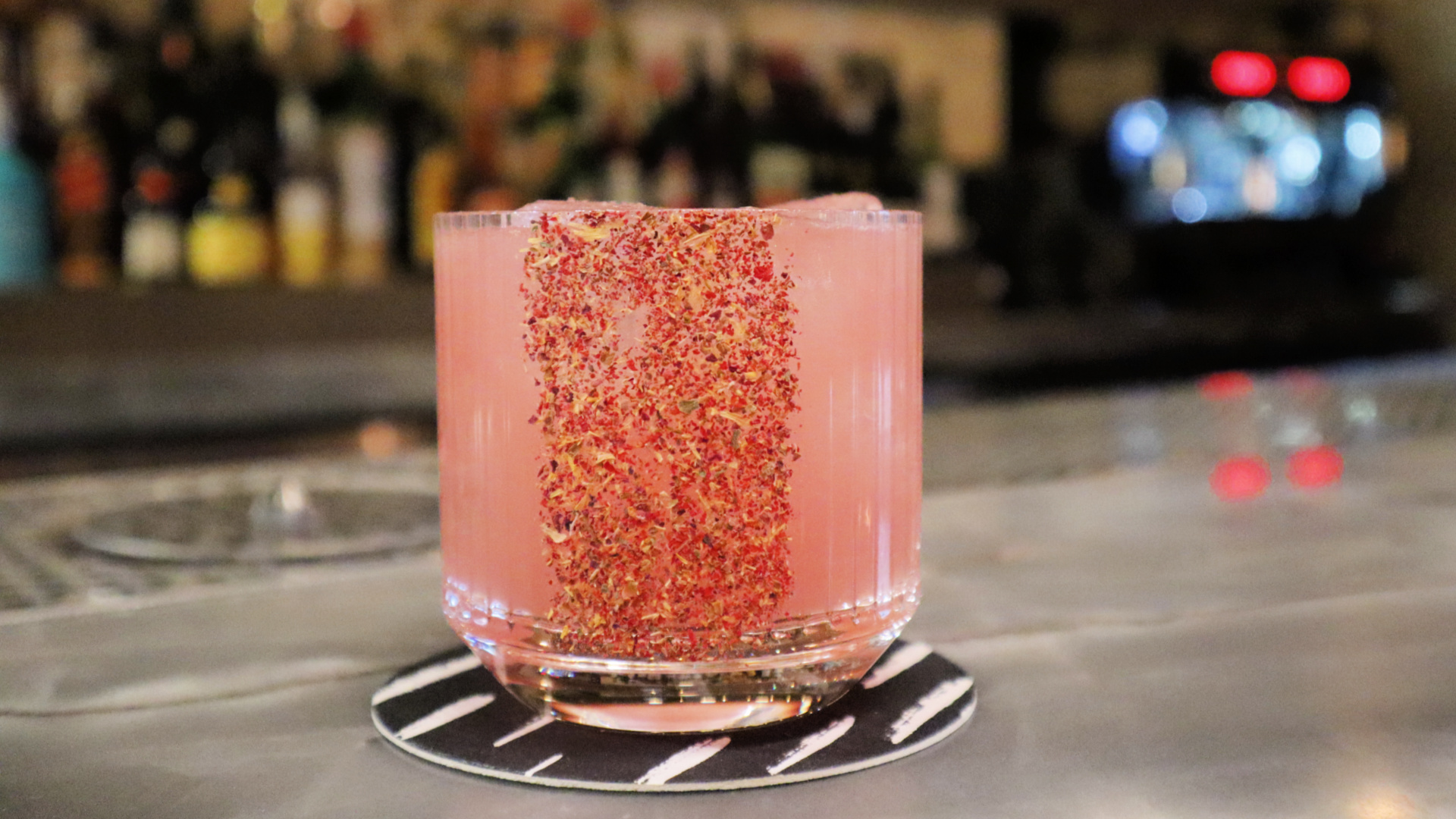 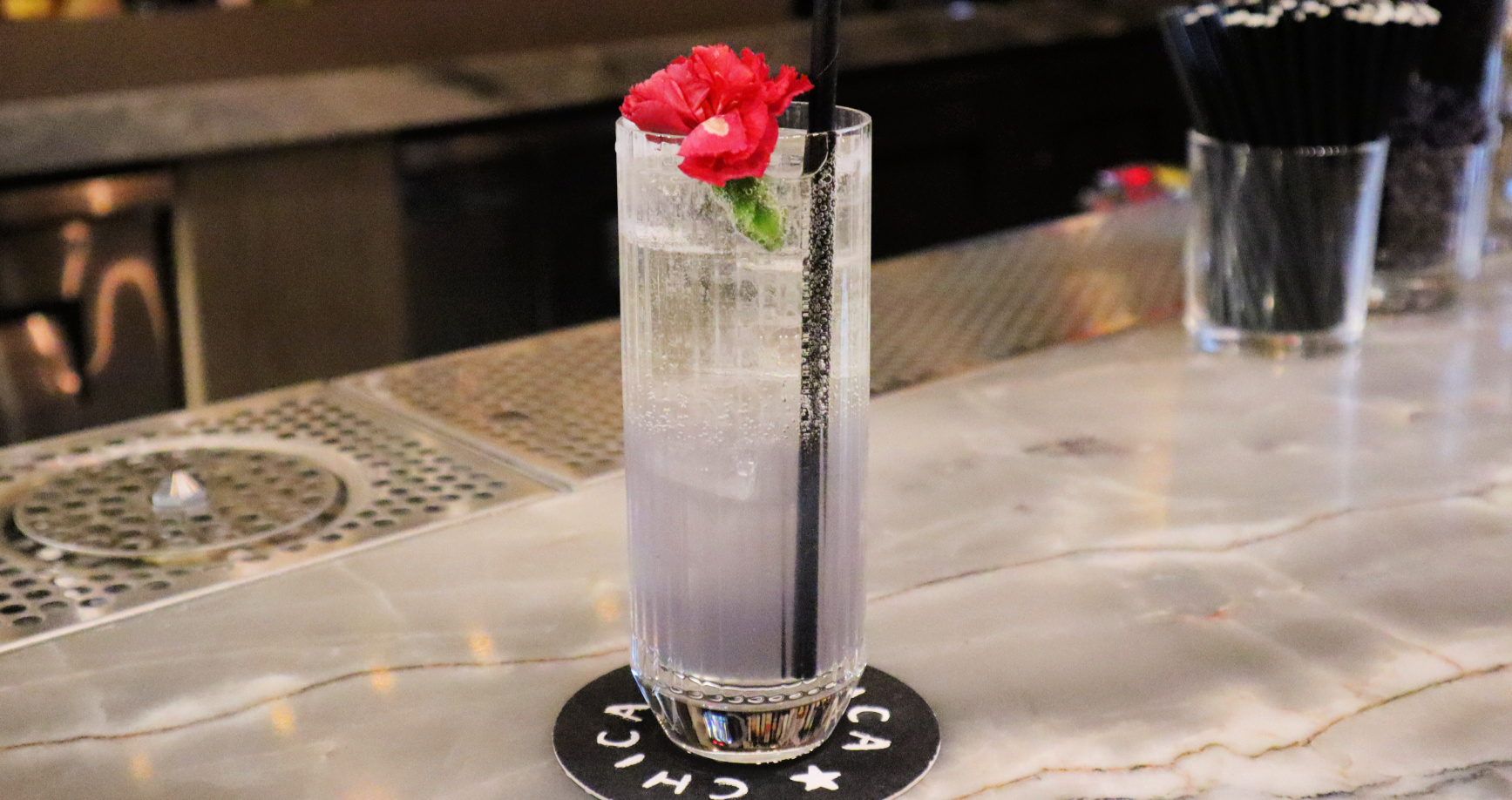 Named after architect Antoni Gaudí’s famed Barcelona monument, the Casa Mila is a riff on an Aviation cocktail that swaps gin for prosecco, combining it with crème de violette, Cointreau and Luxardo maraschino liqueur. 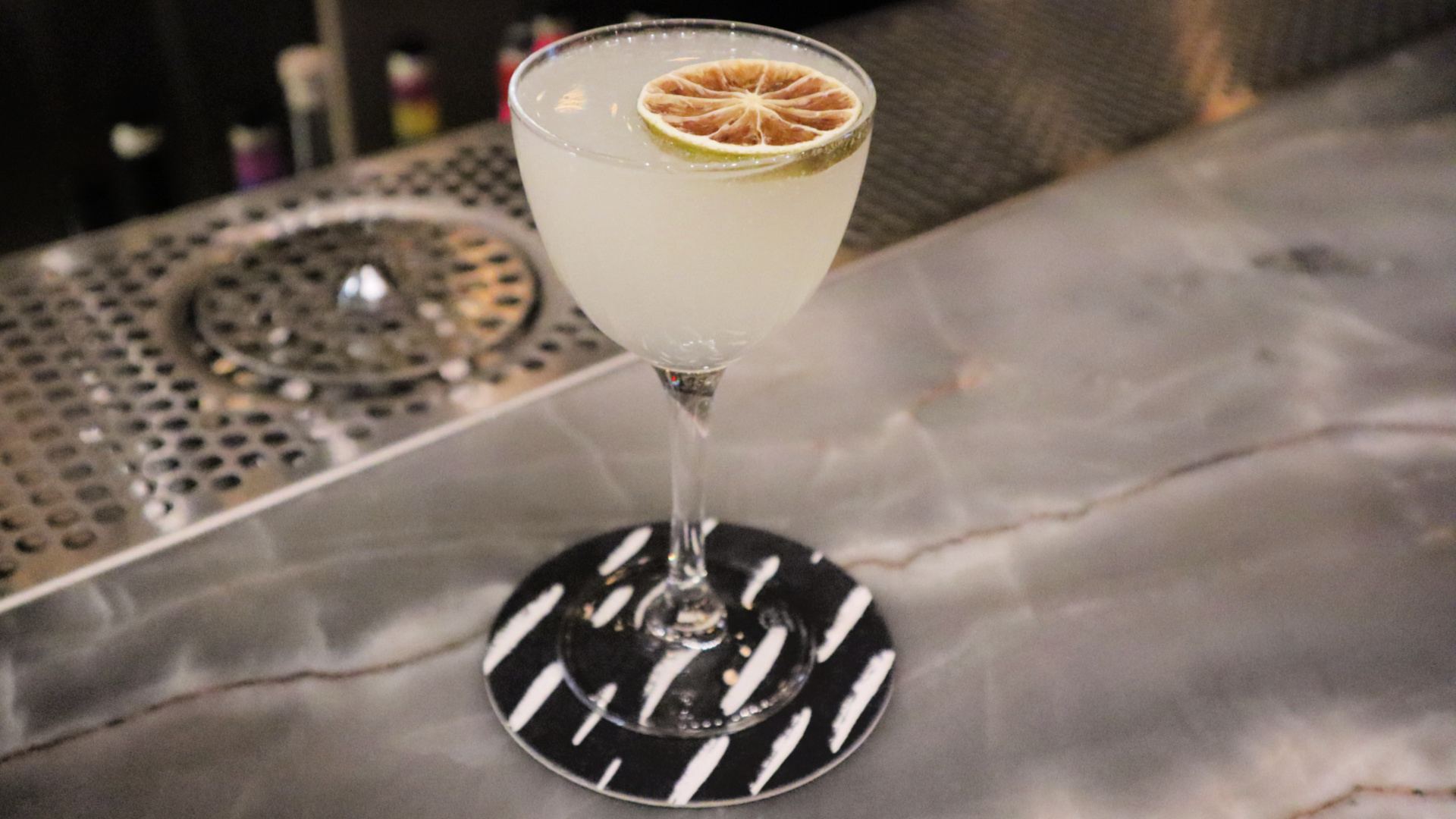 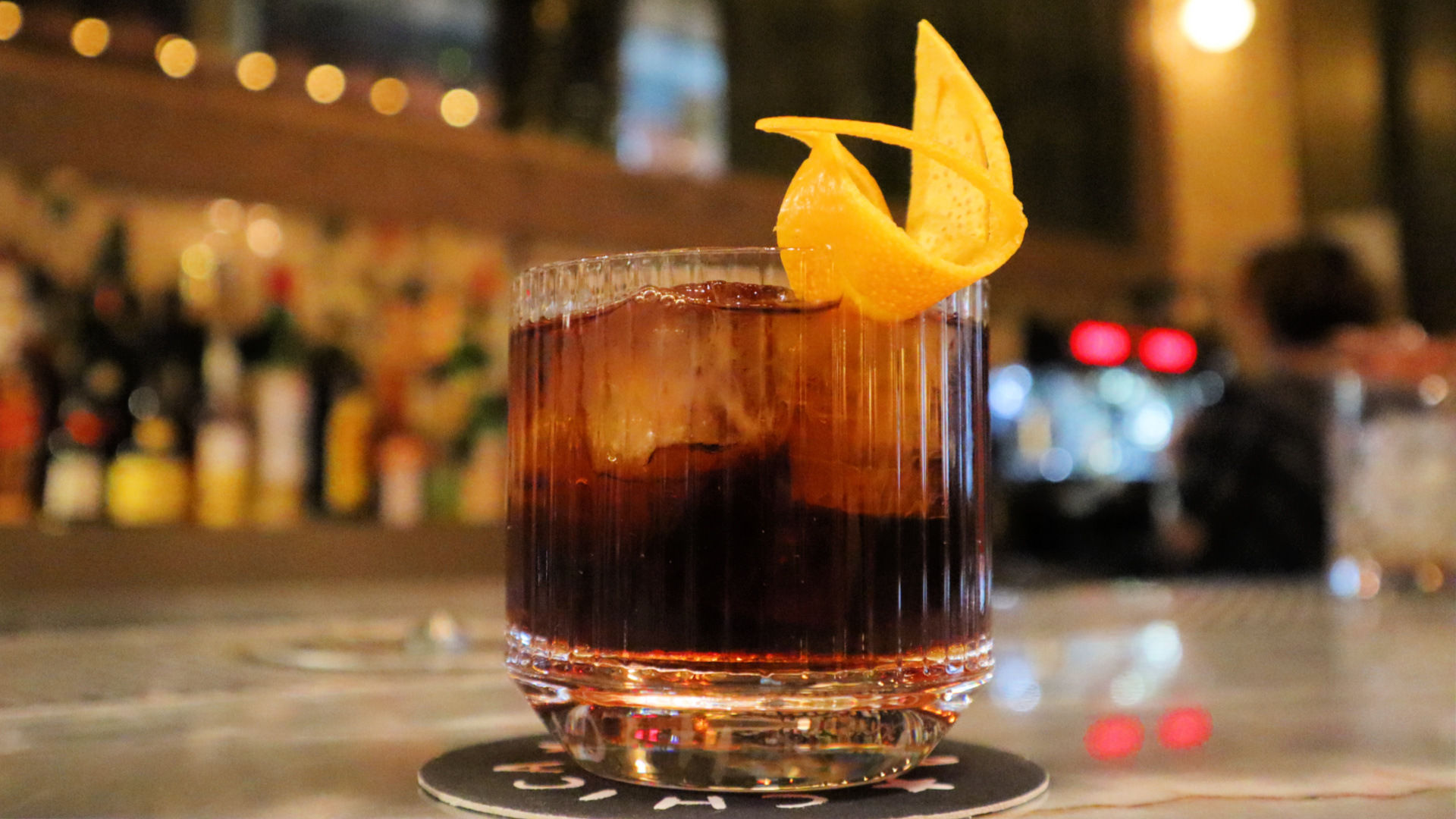 Named after the restaurant’s street, the Portland nods to a Boulevardier cocktail with its blend of Bulleit bourbon, averna, fernet branca and chamomile syrup. “The softness of the chamomile really cuts the bitterness of the amaro averna,” says DaSilva.

Corporate sommelier Lauren Hall has curated a Spanish-driven wine program that features well-known bottles from traditional, multi-generational vineyards, while also highlighting some of the country’s new, emerging winemakers and regions.

“The idea was really to showcase this kind of dual movement that you have in Spanish wine culture right now,” says Hall. “We’re trying to capture a wine for the different diners that we have here. There are some totally traditional wines, but there’s also a lot of fun and really playful, delicious ones.”

The restaurant also features an extensive selection of sherry. “I think for so long, it’s suffered from having that stigma of being what your grandma used to drink,” says Hall of sherry. “In the last 5-10 years though, people are realizing what sherry is and can be.”

The Chica team has infused warmth into the concrete space with a mosaic accent wall featuring terracotta tiles. The lofty ceilings and a grand, mirror-backed bar are balanced by cosy seating areas and an open kitchen, which bring a more intimate vibe to the dining room. Rich colours like moss green and mauve, along with wicker light fixtures further add to the restaurant’s inviting elegance. 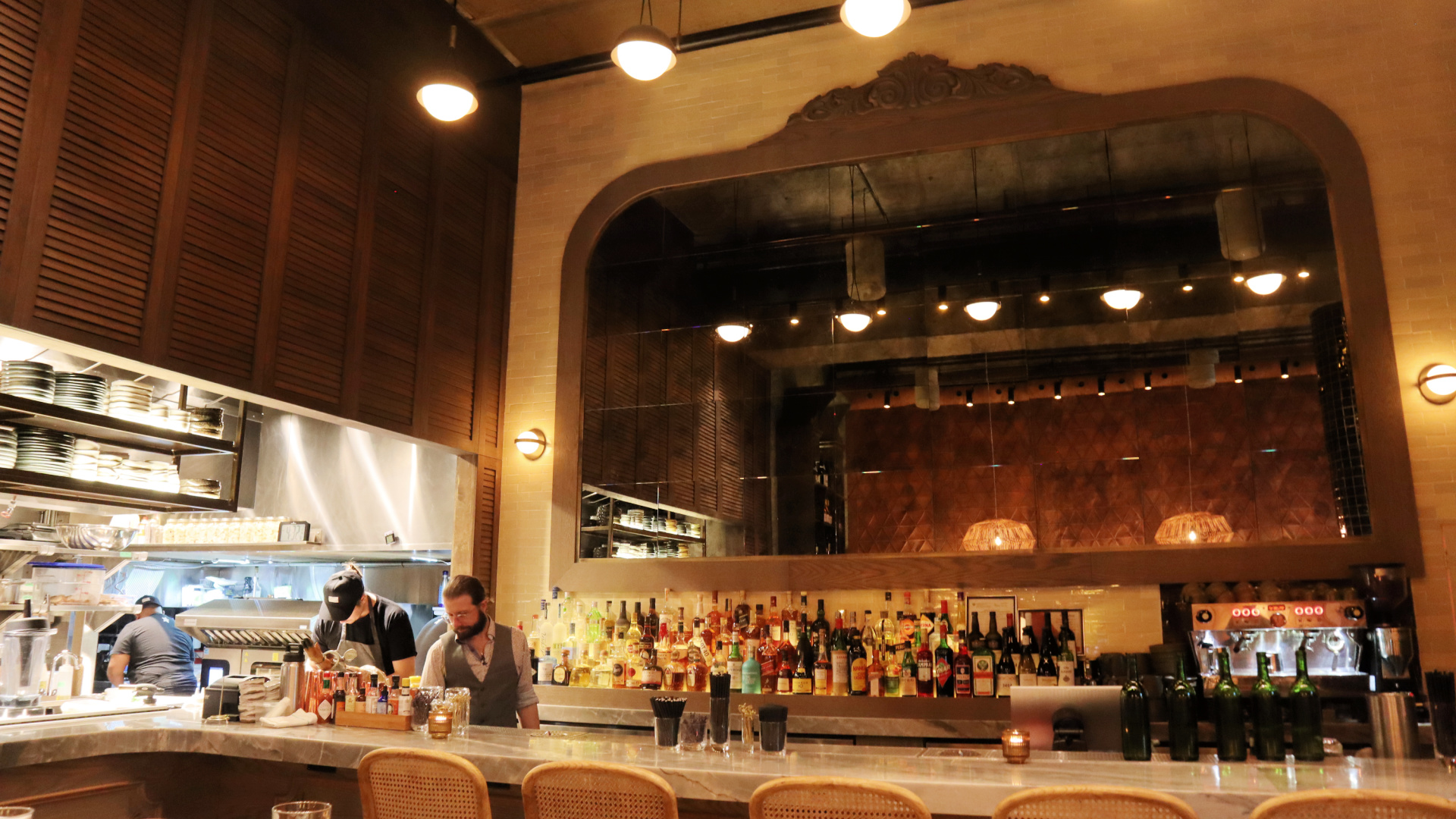 A 40-seat curbside patio is in the works for the warmer months. Garrett hopes Chica’s late-night hours – food is served until 1:30 a.m. on weekends – can make it a hub for restaurant industry workers finishing their shifts. 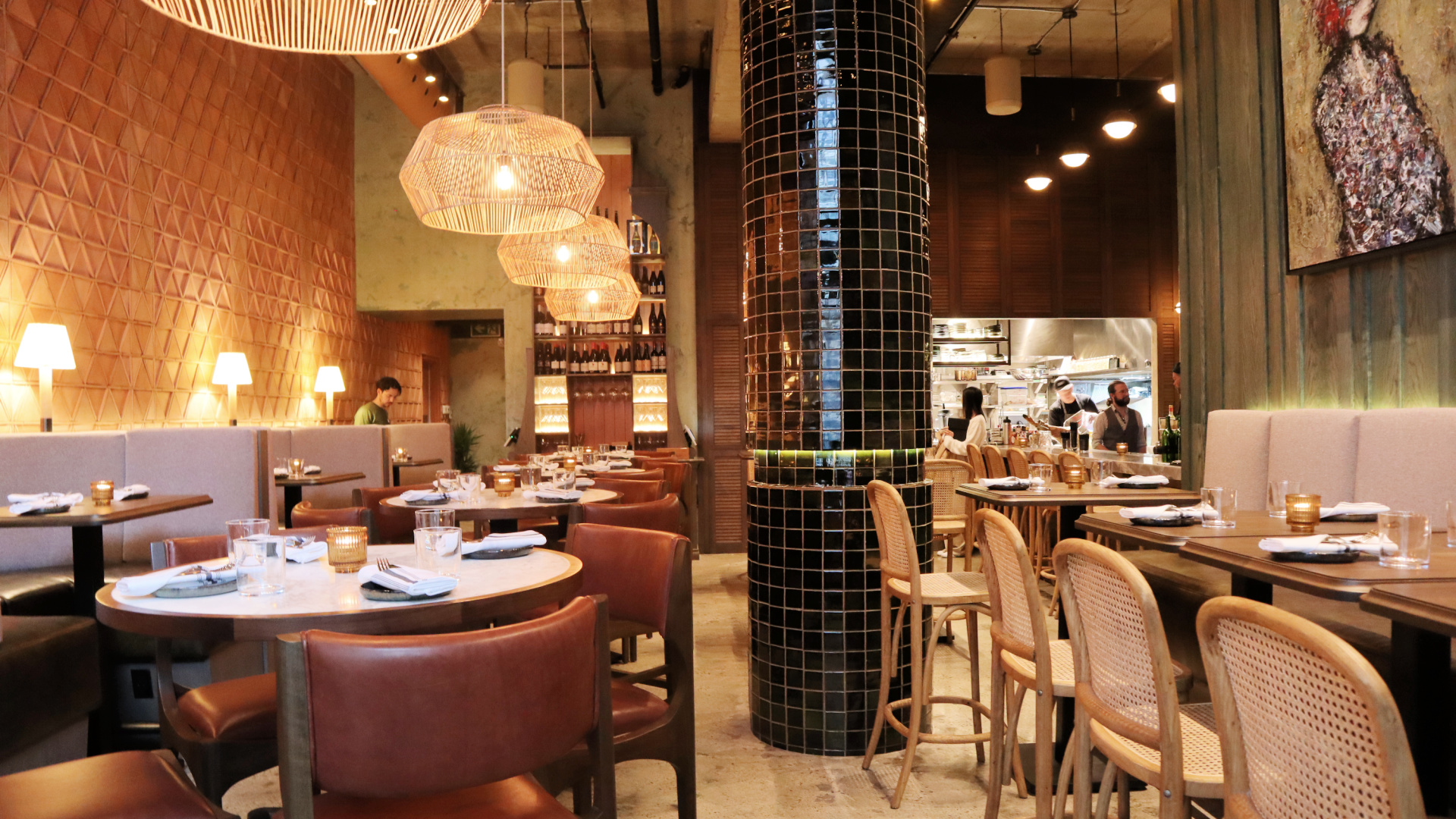 Garrett also wants to see the restaurant become a local go-to that reflects the changing vibe of the King West neighbourhood. “Years ago you’d walk home [around King West] and it would just be desolate,” he says. “Over the last few years, you see baby carriages; you see lots of dogs; you see people with grocery bags. It’s become a real community.”