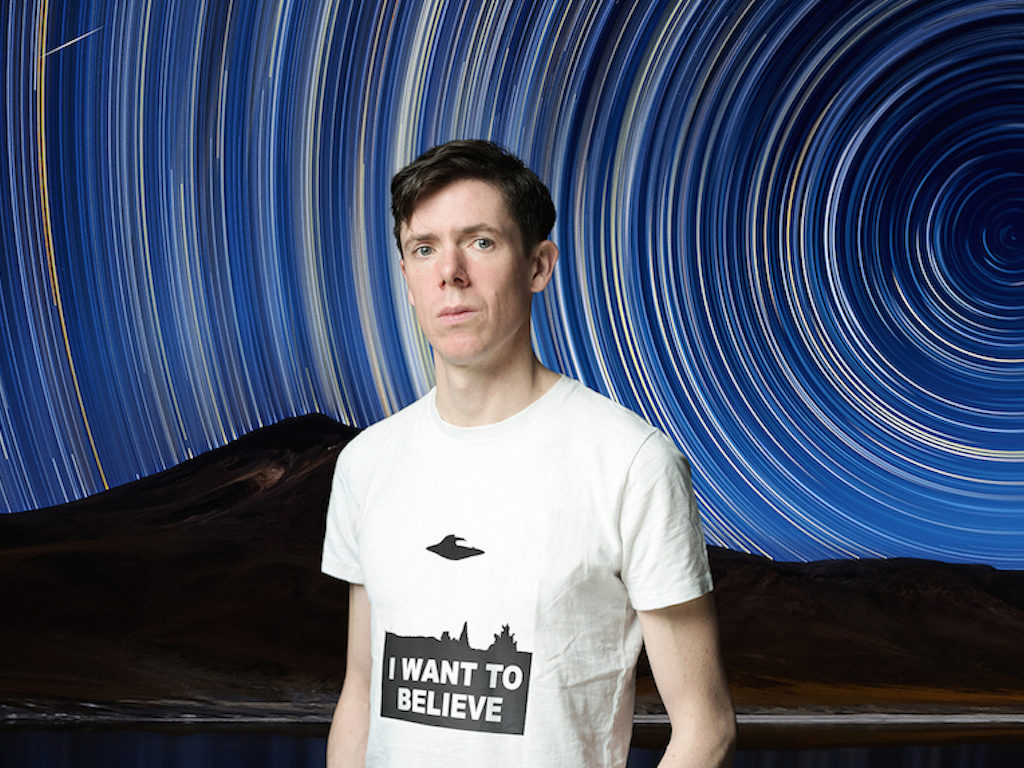 Although much of the city is slowing down, and the temperature starts to redefine our perception of cold, the local theatre scene is hot, hot, hot. This month, there are at least a dozen new productions hitting stages from Leslieville clear across town to the Theatre Centre, many of which are greatly anticipated new works. With so much from which to choose, Post City has put together a handy guide to make the most of a wonderful month of theatre in Toronto beginning with an opening on Jan. 4 straight through to the end of the month. Beginning at the end of this month, but running mostly in early February is the Progress Festival, which is also worth checking out.

Opening Jan. 4
Kiviuq Returns: An Inuit Epic, Tarragon Theatre
Arctic theatre company the Qaggiq Collective returns to Toronto this month with its production Kivivq Returns following a one-day performance back in 2017. The interdisciplinary performance brings together both old and contemporary storytelling elements such as Inuit throat music to offer a bold new take on their own traditional stories that revolve around an Inuit hero, Kivioq. The show is performed in Inuktitut with English overviews, and before each performance audience members will have the opportunity to learn about the importance of the Inuit language to Canadian theatre. Kiviuq Returns runs until Jan. 27.

Jan. 7
We Are Not Alone, Crow’s Theatre
If I had to pick a favourite, I am most excited to catch Damien Atkins’ one-man show We Are Not Alone. He is a wonderful, electric performer and the show examines the history and believers in the UFO phenomenon. Hard to go wrong with this one. Atkins is rumoured to be portraying something in the order of 30 characters in this somewhat askew perhaps downright quirky show. If this show doesn’t fly your saucer, ahem, Atkins will also be starring in the Shaw Festival production of The Ladykillers opening this spring down the road in Niagara. We Are Not Alone runs until Jan. 26.

Jan. 8
The Play That Goes Wrong, Ed Mirvish Theatre
This touring production hits town on the heels of some solid reviews. The farce is strong with this one, and The Play That Goes Wrong is billed as the satirical love child of Sherlock Holmes and Monty Python. Think classic whodunit with pratfalls and madcap high jinks of the highest order. Apparently, it’s a lot of fun, moves quickly and could be just the thing to distract audiences from the mounds of snow accumulating outside the theatre. The play opened in London back in 2012, and is still enjoying a rather prolonged run, garnering a Best New Comedy nod at the 2015 Laurence Olivier Awards along the way.  It runs until Feb. 10.

Jan. 9
1979, Berkeley Street Theatre
As far as scintillating subject matter for stage adaption goes, the life and times of Canadian politician Joe Clark is unlikely to top many lists, but add the names Michael Healey (writer) and Miles Potter  (director) to the mix and things get very interesting indeed. The two did happen to team up on a little production dubbed The Drawer Boy, and it did pretty well, becoming a somewhat iconic Canadian work after premiering in Toronto in 1999. This show, 1979, premiered in Alberta in 2017 to rave reviews and numerous award nominations. That original three-person cast of Christopher Hunt, Jamie Konchak, and Philip Riccio, will be starring in this production as well. The play, which looks at the changing world of conservative politics in Canada, is going to be kind of a big deal. It runs until Jan. 27.

Jan. 10
After The Fire, Theatre Centre
In early 2018, the play Bears kicked the city in its theatrical teeth with its bold and unapologetic storytelling and politics winning two Dora awards to its trouble. This month, playwright Matthew MacKenzie returns to the Theatre Centre one year later with his new work After The Fire. The work is set in the aftermath of the 2016 wildfires in and around Fort McMurray, Alberta, and offers a different, more family-centred approach to MacKenzie’s continued examination of fossil fuel addiction. This Indigenous-led production will be powerful. And if you missed Bears the first time around, it will be presented by the Factory Theatre beginning next month. After The Fire runs for just nine performances Jan. 10-19.

Jan. 13
Tartuffe, Canadian Stage
There is never a bad time to poke fun at religion and hypocrisy, and that is what Moliére’s timeless satire Tartuffe is all about. Canadian Stage’s new production directed by Chris Abraham and starring Tom Rooney comes direct from the venerable Stratford Festival where it wowed audiences and critics alike in 2017, garnering four-star reviews from both the Toronto Star and the Globe and Mail. Tartuffe runs at the Bluma Appel Theatre until Jun. 27.

Jan. 17
Rose, Soulpepper
When Spoon River hit the Soulpepper stage in 2015, we fell in love, and in so doing recognized the Toronto company for its incredible music program. Now, the time has come for Soulpepper’s first full-fledged musical production, Rose, based on a children’s story by Gertrude Stein. Sarah Wilson and Mike Ross, the creators of Spoon River, are also driving this production, which stars Hailey Gillis as Rose alongside a fantastic cast including Oliver Dennis, Alana Bridgewater and many more. We are expecting something pretty special to unfold on opening night. Rose runs until Feb. 24.

Jan. 29
The Tashme Project, Factory Theatre
This intriguing production is described as a “one-act verbatim theatre piece that traces the history and common experience of the Nisei through childhood, WWII internment and post-war resettlementheatt east of the Rockies.” The Nisei are the children of the internment camps, who are now in their 70s and 80s. The play juxtaposes the playfulness and adventures of children with the more sombre realities of the internment narrative. The production is created and performed by Matt Miwa and Julie Tamiko Manning. It runs until Feb. 10.

Jan. 29
Hook-up, Theatre Passe Muraille
This Tapestry Opera production in partnership with Theatre Passe Muraille looks promising and is bolstered by the steady direction of Richard Greenblatt with Dora Award-nominated Julie Tepperman as librettist. As the title suggests, this work explores issues around consent, shame and power and is told through the lens of three friends heading to university. It stars an impressive cast of up-and-coming artists including Alicia Ault, one third of the musical group The Ault Sisters. Hook–up runs until Feb. 9.