In the crazy ’80s, you never knew who was hustling whom - Streets Of Toronto
Skip to content 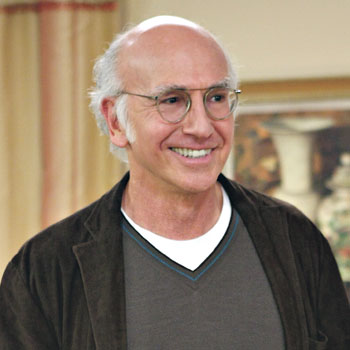 I returned from my Palm Springs vacation to find a mysterious-looking package on my desk. Opening it, I found a note from a Mr. Stephen K. Meyers, asking me if I would read his new novel, Good People, about his days as an executive with Catch a Rising Star in New York in the ’80s.

The novel covers the wild time period when Catch tried to go public under the stewardship of Richie Fields, a deal that never happened and led to the company’s implosion. Oh, yes, I would definitely read his book. What Meyers didn’t realize was that I was a part of that sordid deal.

But first, a little back story. Back then, Catch a Rising Star was the hottest comedy club in the world, not just because of sets performed nightly by Jerry Seinfeld, Larry David, Andy Kaufman and the like, but also because of its clientele.

One night I sat in the packed little room and saw Paul McCartney and his entourage in one corner and Mick Jagger and his groupies in the other. There were supermodels galore, and the bathrooms were always packed, if you know what I mean.

The club was owned by Rick Newman and Richie Fields, until they split, with Newman taking the management clients (which mostly meant Pat Benatar) and Fields getting the club.

This may seem like a crazy deal on Newman’s part, but Benatar sold millions of records and made him very, very rich.

No matter: Fields had a plan. Use all the heat generated by the dinky little comedy joint to float an IPO, then buy or open clubs all over the continent. This is the story that Meyers tells so well in his novel.

It’s a crackling good read, a short satirical foray into both the comedy club boom and the go-go business culture of the ’80s. Meyers gets the details right, and you can practically smell the spandex, hair gel and cheap limos that permeated the era. The tale is told through the eyes of the bartender/manager of the club, who I assume is a stand-in for Meyers.

And how do I fit into this narrative?

I was one of Catch’s takeover targets, which made sense: I had a dozen clubs even back then. So I was wined and dined and courted and hustled. But what they didn’t know was that I was hustling them. I had come to many of the same conclusions and wanted to see if I could do it myself.

The idea was sound, and I still think it is. There are a few stand-up comedy chains, but mostly it’s a mom-and-pop business ripe for the advantages of consolidation: better buying power, stronger branding and the possibility of being a powerful enough business model to attract the attention of an eventual studio sale.

So I listened, threw some numbers around and tried to learn as much as I could from the slick salesman from New York. In the end, it didn’t amount to anything: he tried to buy my company with an offer of stock in the new venture.

That wasn’t going to happen, and Catch devolved to a few suburban rooms a few years later. But I still think that both of us had a good idea and that it would still fly if done properly.

But North America under the debt crisis is far removed from New York City in the ’80s.