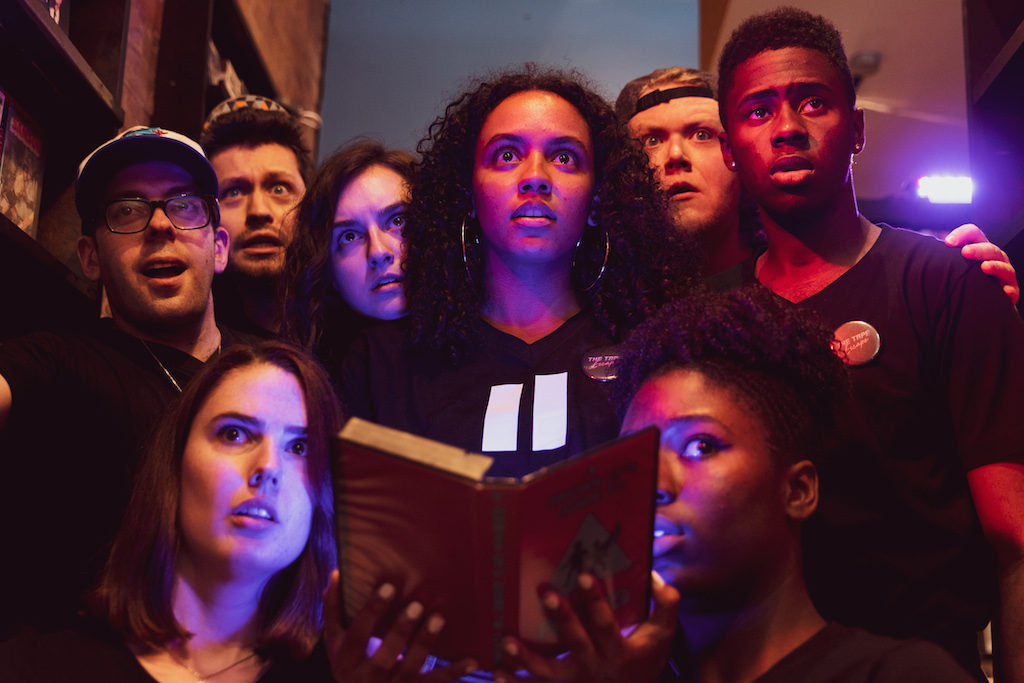 The immersive theatre aficionados from Outside the March (OTM) are at it again this summer with The Tape Escape, opening July 4 and running throughout the month, possibly longer. The production combines immersive theatre with elements of an escape room as it takes over the old Queen Video space in the Annex on Bloor Street West.

“The Tape Escape will honour the history of the space, continuing the storefront’s identity as a community gathering space for film lovers citywide,” says Mitchell Cushman, artistic director of OTM and one of the show’s co-creators along with Vanessa Smythe and Nick Bottomley.

Cushman, who actually worked at a Blockbuster video store in the Toronto neighbourhood of Leaside back in 2003, says the team has been working on the production for about three years. When the Queen Video space came up, they seized the opportunity.

The Tape Escape will feature three stories or experiences that each unfolds a little differently, along with a fourth overarching storyline involving the comings and goings of the shop and the clerks themselves. OTM gathered hundreds of old videotapes to line the walls from an assortment of sources, including a loan from charity Red Propeller, which actually diverts recyclable VHS components from the landfill.

OTM points to the bygone social experience of heading out to the local video store and choosing the movie rental as a family, couple etc., another in a long line of experiences that have been digitized and swept off to the dustbin of human interactions. And it is that type of experience they pay homage to and hope to encourage through the production. Unlike an Escape Room, Cushman hopes patrons hang out and linger in the space, have some popcorn, observe the comings and goings and have a good time.

It’s all part of the OTM mandate to “make theatre for people who don’t go to the theatre,” says Cushman. The group is celebrating its 10th anniversary this year, and there are five productions in the works for this year and 2020, starting with The Tape Escape.