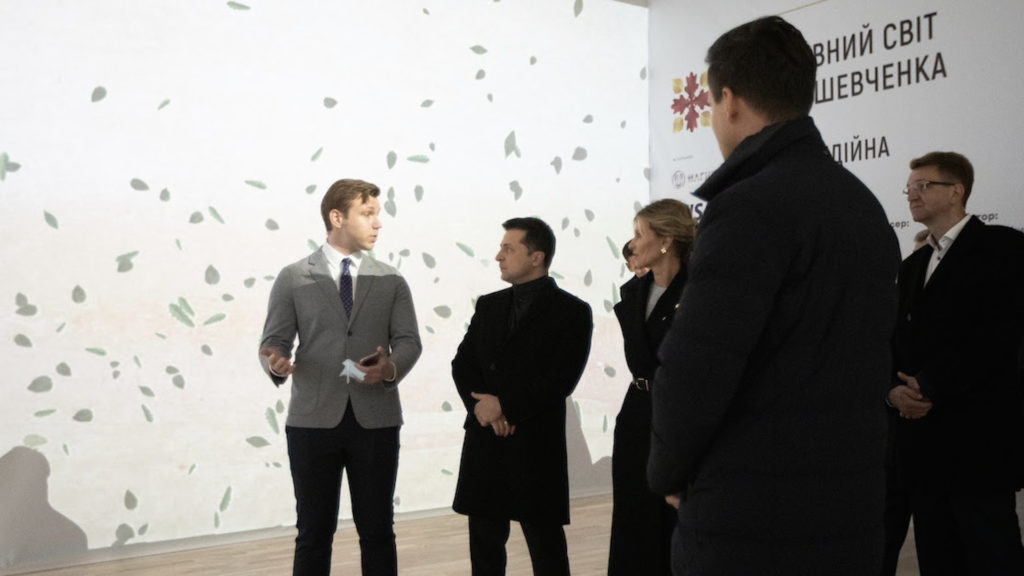 With the backdrop of an awful and cruel war, Lighthouse Immersive (Immersive Van Gogh), has arranged for Immersive Schevchenko: Soul of Ukraine to be available for viewing beginning March 15 in Toronto, Chicago, Denver, Los Angeles and Boston, with all proceeds from ticket sales going directly to Canadian Red Cross and other humanitarian organizations working in Ukraine.

“Like millions around the world, I feel shocked and helpless in the face of what Ukraine is experiencing right now, and I happen to have a particular lens on this with a core member of my team being from and with family in Ukraine,” says Corey Rosse, producer at Lighthouse Immersive. “I am grateful to have the opportunity to bring this show here and to be able to help in any way I can.”

Leading up to the exhibition, a press release describes workers at the National Museum of Taras Shevchenkocrate crating up valuable pieces of artwork in the same containers used to shield them from invading Nazi forces in 1941 to hide the valuable national artwork from the invading Russian military forces.

Last year, Ukrainian-born Lighthouse Immersive Associate Producer Valeriy Kostyuk, worked with a Ukraine-based team to develop the immersive exhibit of Shvenchenko’s work to display in Odesa as part of the 30th-anniversary celebration of Ukrainian independence. Lighthouse Immersive is working with the Ukrainian producers in Kyiv and Odesa to bring the exhibit to North America.

“As a born and bred Ukrainian, I always wanted to find a way to use my experiences producing in North America to promote Ukrainian artists,” Kostyuk says. “Ukrainian culture is as beautiful and moving and important as the culture of any other country in the world, and Shevchenko is, in many ways, a father of the independent Ukrainian nation. I have been moved and inspired beyond words by the endurance and resilience of the Ukrainian people at this moment and I am deeply thankful to the incredible team in Ukraine who partnered with me on this project, as well as to the producers at Lighthouse Immersive for standing with me in this moment.”

For tickets and more information about Immersive Svenchenko: Soul of the Ukraine visit lighthouseimmersive.com.