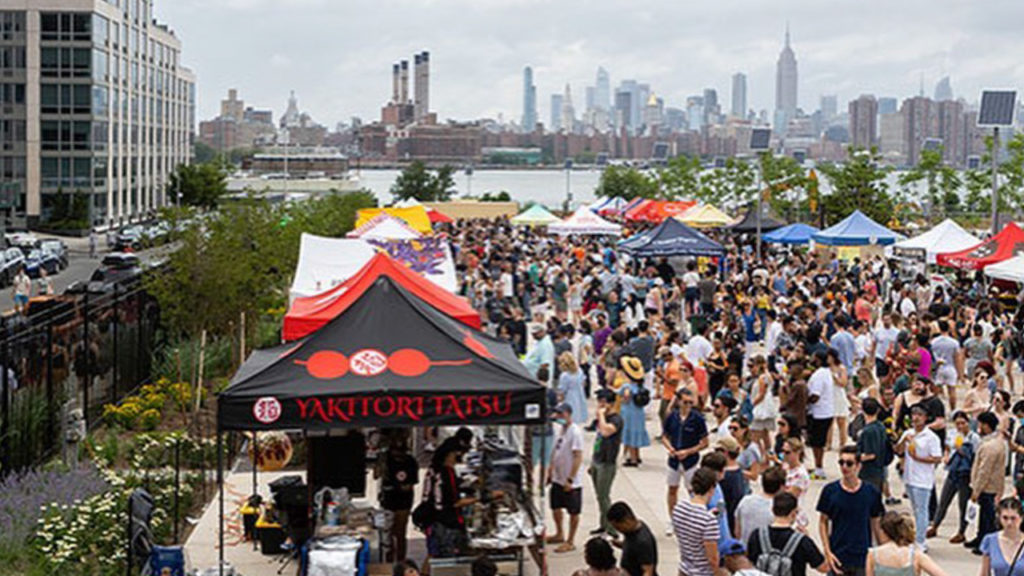 Smorgasburg has officially made Toronto its fifth location. The food and drink festival was started in the Williamsburg neighbourhood of Brooklyn, New York, offering guests waterfront views and local food and drink experiences.

Now, with the help of food writer Suresh Doss, the festival will officially launch in Toronto on July 23. According to a press release, Smorgasburg Toronto will take place “on the waterfront for eight Saturdays (through Sept. 10), at 7 Queens Quay East, at the foot of Yonge Street.”


Doss is curating Smorgasburg Toronto’s food and drink program, and Landon Logie, a local event producer who specializes in culinary events, is handling the market itself.

“Toronto is recognized around the world as a diverse culinary capital,” said Doss. “With Smorgasburg Toronto, we will be highlighting this unique food mosaic,” Doss said in a statement.

“I’ve been a long-time fan of Smorgasburg and its proud showcase of international foods presented through the lens of aspiring home cooks. The Toronto market will be a global food tour of regional menus, featuring some of my favourite independent food shops from many of the food-rich communities around the city,” he added.

Some of the food vendors include Singapore Kopi and Kueh by Kiss My Pans, Sri Lankan street food by Secret Chef, FeasTO (Canada’s first dumplings pop up), Instagram sensation Noctua Bread, who will debut a bread and pintxo bar, American classics by Cabano’s Comfort Food, and regional Chinese street cooking by Sunny’s Chinese, among others. A full outdoor bar by Evelyn Chick Projects will also be a part of the festival, offering harbour views and seating.

“The Waterfront BIA is looking forward to welcoming this landmark event on the Toronto
Waterfront,” said Tim Kocur, executive director of the Waterfront BIA. “Smorgasburg is a world-class market that will enhance the vibrancy of the waterfront community while supporting our
tourism industry and local businesses.”

There are already plans to expand Smorgasburg Toronto, giving it a full season next year. “Starting in Spring 2023, the market will open every Saturday for a full outdoor season at the same location,” the release says.