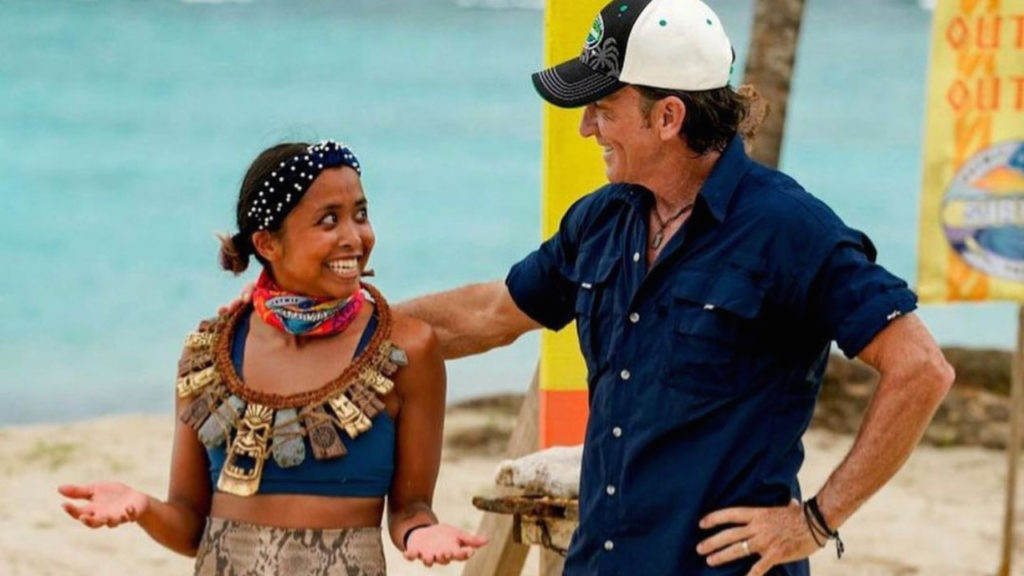 As soon as I congratulate Erika Casupanan on her very recent crowning as Season 41’s Sole Survivor, I immediately have to ask the one question that’s been on my mind since watching the Survivor finale on Wednesday night: how did you possibly manage to keep this a secret?

For the second time in Survivor history, our beloved host Jeff Probst announced the winner in Fiji right after the final votes were cast instead of waiting for the live reunion months later. “I mean, I’m good at keeping a secret. That’s why I went to Survivor,” Casupanan says. “But I didn’t tell anybody. So I didn’t tell my parents, I didn’t tell my siblings, my friends. I told my therapist because I needed to tell somebody and at least they’re bound to confidentiality.”


Casupanan’s Sole Survivor title is one of many firsts: she’s the first Canadian, the first player of Filipino ancestry and, notably for many fans, the first female winner in seven seasons. She’s a wolf in sheep’s clothing – her words, not mine! – and she’s also a curse breaker.

For Casupanan, who was raised in Niagara Falls but who now lives in Toronto, applying to play Survivor “was a no-brainer.” Up until recently, being on Survivor was a purely American aspiration. “As soon as I found out that Canadians were eligible to be on the show, I cancelled my plans and needed to make my audition tape immediately.” Having been a fan of the show since she was a child, it was only natural for Casupanan to try. “It was such a source of inspiration for me. I saw so much in terms of people who were pushing themselves, and to really discover these new depths of their strength, and I felt like I could do it.”

Filming for Season 41 was initially supposed to start in March 2020, but, as Casupanan explains, “for obvious reasons, there was no longer international travel,” which prevented the cast and crew from flying out to Fiji. During the months leading up to what Casupanan thought would be her time to play the game, her approach was exhaustive. Discussing her methods, she recounts: “I need to watch every season of Survivor, I’m always doing puzzles, I’m studying game theory, I need to go swimming, go to multiple gyms, and be so physically fit. I put on weight.” When the pandemic snatched the opportunity away, it was “heartbreaking.”

When it was safe enough to film again, her approach to preparing for the game changed entirely. “I realized a lot of craziness can happen around you and you don’t have control over anything, it’s just a matter of how you react to things,” she says. “I really pumped the brakes when it came to preparing. I would work out, I watched old seasons, but I wasn’t so hard on myself to come in in the perfect state. I came in just really comfortable with where I was at, what I was good at, where I had weaknesses, and just knowing that who I am is enough to get to the end and to win the thing.”

Many players talk about the physical and mental toll the game takes, not only when they’re playing the game, but also the lasting impact it takes upon their return. Season 41 was arguably one of the hardest seasons of Survivor yet – the castaways were given the most meagre tools to build shelter and significantly less food than what was available in previous seasons. As a result, the hunger Casupanan felt was unimaginable. She mentioned having to wait a few seconds to regain her balance after standing up because she felt so dizzy. Another example of the way the game degrades your body: the cast iron pot. It’s what was used to boil water and make rice, the Survivor essentials. “Towards the end of the game, if that pot had water in it, I could barely pick it up. I was losing all my strength.”


But, when she returned from Fiji, harbouring a life-changing secret, it was the social readjustment that took the longest. “I could only hang out with people and spend time with people who I knew 100 per cent supported me and loved me. If there’s any question, I couldn’t hang out with somebody because I just couldn’t go through that mental gymnastics again, she says.

Casupanan’s game is memorable for many reasons. Not because she played a unique social game, not because she made her way from the bottom to win the ultimate prize, but because she played a game that was genuine and intentional. “I don’t care about being a fan favourite. I could be on this show and no one could remember me. I don’t care,” she says. “I just want to win. And I think coming into the game with that attitude actually paid off for me because everything [the viewers] saw, that was genuinely me trying to get through these hard circumstances.”