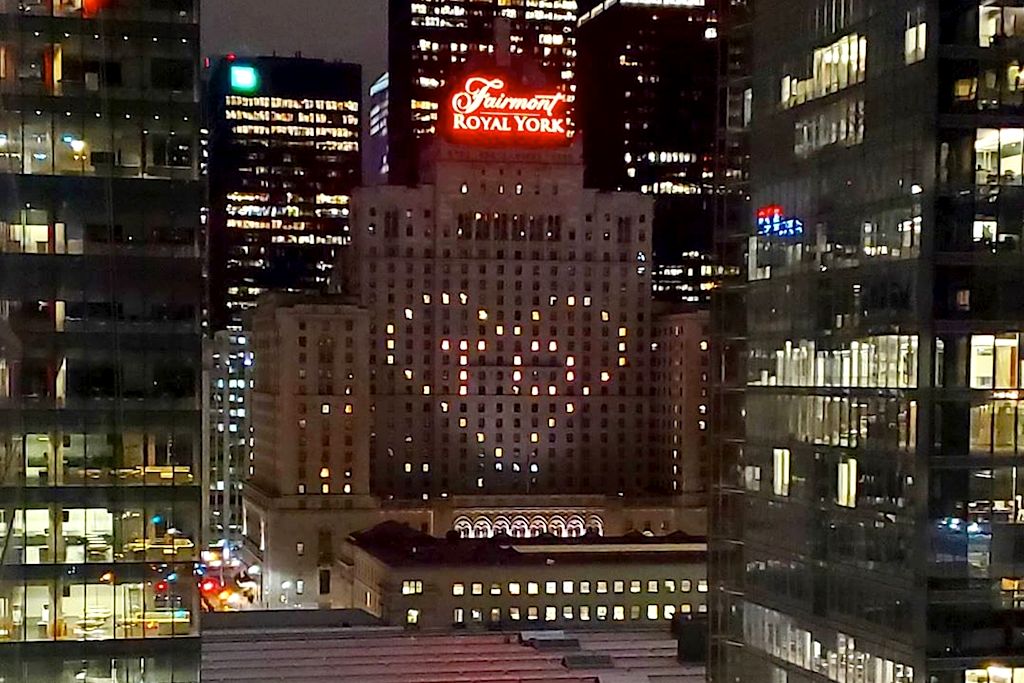 Like so many industries across the city, the hotel business has been devastated by the recent impacts of COVID-19. In an effort to stop the spread of the virus, travel has come to a grinding halt. As a result, some hotels have been forced to temporarily close their doors, while others are adapting to the new reality as best they can.

The Hotel Association of Canada called for a much-needed lifeline in a statement on Mar. 19, stating that business had completely crashed in a mere 10 days.

“Most of our industry will close its doors before this is over. That means 200,000 – 250,000 jobs lost,” read the statement. “Those layoffs have occurred in the tens of thousands already.”

As a result, many Toronto hotels have made the difficult decision to temporarily close their doors — despite being deemed an “essential service” in Ontario. Still, some are helping to house frontline workers self-isolating from their families and finding other ways to help out during this difficult time.

Here are how some of Toronto’s most prominent hotels have responded to the crisis:

The Windsor Arms Hotel is donating 500 boxed lunches to first responders at Michael Garron Hospital in Toronto’s east end. In partnership with Cerise Fine Catering, the award-winning boutique hotel also prepared 1,000 snacks for frontline workers at the University Health Network. ⁠As for accommodations, the hotel continues to operate as per usual.

The Windsor Arms is pleased to do our part during this difficult time. In partnership with Cerise Fine Catering we have delivered 500 boxed lunches to first responders at Michael Garron Hospital and 1,000 snacks to the University Health Network. #WindsorArms pic.twitter.com/lEgNXiRSrr

One of Toronto’s most historic hotels is partnering with local healthcare foundations to help house frontline workers who are working tirelessly during the pandemic. The hotel is providing a “home away from home” for workers who are self-isolating from their families. However, the hotel’s restaurants Reign and Clockwork remain closed at this time.

We’ve been taking care of Toronto since 1929 and are proud to continue this tradition.❤

We’re honored to partner with several local healthcare foundations to provide a “home away from home” for those who are working tirelessly to keep us all safe. ❤

Other previously shuttered hotels may follow in the Fairmont’s footsteps. In a recent Facebook post on Mar. 31, the managing partner of the Annex Hotel said the establishment was considering reopening its doors to the medical community.

Hotels are some of the hardest hit businesses across Toronto right now, and the Four Seasons is no different. The once-bustling Yorkville establishment was forced to temporarily close its doors until April 15.

As the health and safety of our guests, residents and employees remain our top priority and out of an abundance of caution in response to the evolving COVID-19 (Coronavirus) situation, we will be closing our doors today until April 15, 2020. Our thoughts are with our community during this challenging time. We regret any inconvenience caused, and thank you for your understanding. For inquiries, please contact the hotel directly at (416) 964-0411.

The Ritz-Carlton also announced the temporary closure of its facilities during the COVID-19 pandemic. The hotel shut down on Mar. 23 and has not indicated when they expect to reopen.

We would like to inform you that, the hotel management and the hotel owner Cadillac Fairview will temporarily close The…

The Shangri-La Hotel is still operating in the downtown core but is waiving cancellation charges for all guests travelling to the hotel on or before April 30. In-room dining is still functioning as normal, but all the dining areas have been closed as well as the spa, health club, and pool area.

Hotel X has temporarily suspended business operations as of Mar. 23. According to their voicemail, phone lines will open at 8 a.m. on Friday, April 17 and they expect to reopen on April 20. Online reservations can still be made through the hotel’s website for future dates.