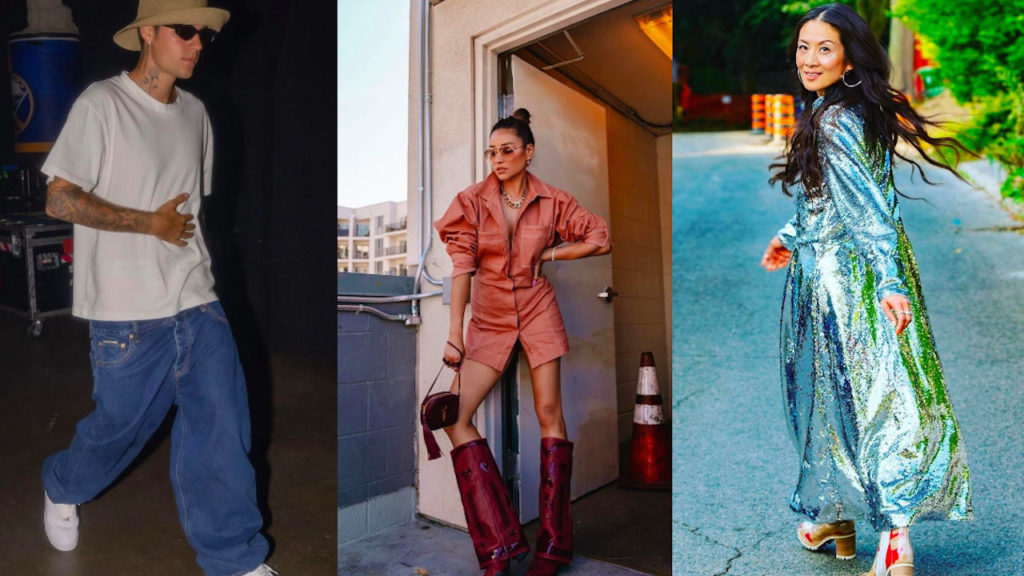 We just started up the new year, so hopefully, you’ve been keeping up with your new year’s resolutions. For some, their resolutions revolve around getting more organized, earning more, embarking on new adventures or traveling. But for others, updating and upgrading their wardrobe is their number one focus in 2023. If you’re in need of some style inspiration, Toronto is home to some pretty fashionable celebrities — here’s the low down on how to dress up like your favourite Toronto style icon this year.


In his early years, he was well known for his side-swept hairstyle and bubblegum pop lyrics. Today, Bieber has placed emphasis on his fashion choices, going as far as developing his own streetwear label, Drew Houes.

Adopting Bieber’s style requires a fairly basic approach: he’s all about oversized styles with a streetwear influence. Go for baggy bottoms, either sweatpant, jean or cargo style — you can find a plethora of denim to fit your baggy needs at People’s Champ Vintage on College Street, whereas GTA-based Batch Vintage on Instagram is where to go for cargo styles.  Toronto-made sweatpants are easy to find; try Kotn, Province of Canada or Good For Sunday for a pair of your own. Pair that with an oversized sweater from some Toronto locals like Reigning Champ or Mr. Saturday (the latter recently collaborated with Roots on a jet-setting collection that Bieber himself has already been spotted wearing) or contribute to Toronto’s growing resale market at Hotbox or Essential.


Keanu Reeves is a dynamic actor who was born in Lebanon but spent his formative years here in Toronto. His influence as John Wick is felt throughout the action film genre and is underrated by fashion fans. Reeves has shown a taste for both casual and more tailored menswear, on- and off-screen.

The ’90s style icon has perfected the art of high-low dressing; draw inspiration from his outfits pairing a full suit with muddy work boots, or a fitted blazer thrown over a pair of jeans and a T-shirt. If you’re looking for items that follow Reeves’ more tailored looks, try independent menswear shop Sydney’s on Queen West. For true ’90s vintage, stop by I Miss You Vintage’s men’s store, I Miss You MAN — blazers and leather outerwear that would make The Matrix-era Keanu proud.


Best known for her role in Pretty Little Liars, Shay Mitchell is a terrific example of simple yet put-together casual womenswear. Her outfits are often original takes on style that you later see replicated on the racks of fast fashion brands.

Her style is so iconic because she does the simple things right, sometimes paired with a few standout accessories. Some outfit formulas she loves — a blouse with well-tailored jeans and heels, power suits and jumpsuits with slicked back hair and often a pair of statement sunglasses. Toronto designer Hilary MacMillan’s current collection offers some matching sets and statement jackets that Mitchell would love, or try Smythe for stunning power suits that will upgrade your wardrobe.


Multi-faceted journalist Lainey Lui is an icon when it comes to dresses and general formalwear. Her looks can be seen on eTalk and The Social, and her red carpet looks has earned her a reputation as a style celebrity, not just in Toronto but internationally.

Dressing like Lui is easier said than done, although vintage shops across the city will be well suited to finding outfits similar to Lui’s style. She favours oversized silhouettes, volume from top to bottom and colourful prints that make a statement. Draw inspiration from Lui by experimenting with shapes you might not have tried before, such as puffed sleeve or traditionally “shapeless” styles like long dresses with plenty of volume. Or go for unique patterns and textures — try mix and matching your favourite “basic” ( a white T-shirt or trusty blue jeans) with a sheer layer, bright-coloured dress or metallic jacket.

Look to Toronto designers Dorian Who and Ellie Sandbacka for some inspiration, or visit vintage shops Mama Loves You on Queen West or Siberia Vintage on Bloor West to shop your new look secondhand.


Maybe not an icon for trend-setting, Sandler is beloved among fashion fans in Toronto due to his nonchalant approach to dressing, and his visit to the city this summer made him an honourary Toronto celebrity. His style has made so much of a statement that fashion outlets have dubbed it Adam Sandlercore. The formula is simple, easily replicated with a pair of gym shorts, an oversized t-shirt and a polo, but the most essential element? A comfort-first approach and a deliberate lack of effort.

To style yourself the Sandler way, look no further than secondhand shops House of Vintage on Queen West and Northern Touch Vintage on King East, where you’ll find a plethora of vintage T-shirts, baggy shorts and similar Sandlercore styles.