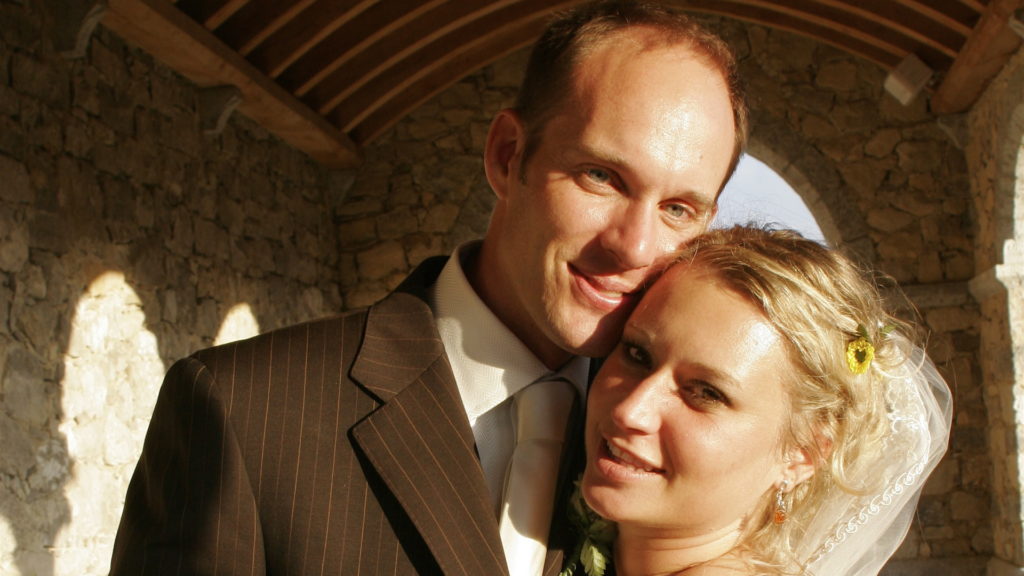 Award-winning Toronto filmmaker Nathalie Bibeau’s first documentary feature, The Walrus and the Whistleblower — which follows the life of a Marineland worker who blows the whistle on animal abuse — garnered her three Canadian Screen Award nominations, the top Audience Award at the Hot Docs International Film Festival and earned her an Oscar nomination for best direction in a documentary program. Now, she’s back with a CBC documentary exploring the role of dance in evolution called Why We Dance. It premiered on CBC on Feb. 25. Bibeau is also looking forward to a soon-to-be announced, four-part Amazon Original Series slated for release later this year. Here she tells us about her adventure-filled relationship with her husband, Lionel Mann.

Explore the beating heart of dance to find out how life expresses itself through movement.

I was invited to a concert at the Rivoli where a friend of a friend was playing. I walked over from CBC, where I worked, and was the last one to arrive. There was one empty chair. I plopped down, turned to my right and said, “Hi!” Looking back were a set of ocean blue eyes and a big smile. I didn’t realize it at the time, but Lionel told me later that was the moment he knew.

Our first date was at 7 West on Charles St. W. on a weeknight in the freezing rain of February. It was pouring, and I was late (of course). When I arrived, Lionel was standing under an umbrella. As I stumbled over my apologies, he chimed cheekily, “You’re lucky. One more minute and I was gone.”

It was full of adventure. The first memorable moment would be on that night at the Rivoli when his best friend asked me out before he could! Lionel was about to leave for a three-month rock climbing trip in Mexico and was so confident in what he felt that [he says] he knew he didn’t have anything to worry about. By the time he came back to town, his friend had struck out. We ran into each other again, this time at an Irish pub on the Danforth, and that’s when the courtship started.

Another moment I won’t ever forget was on our first big trip together. We were travelling through India for two months, and I got very sick. We had run out of food and water on a 24-hour train ride, and the heat of the crowded cabin was unbearable. On our next stop, before I could blink, he had jumped off the train to fetch water, but as he was making his way back, the train started to leave. I started to panic, but out of nowhere, I saw him sprinting with a bottle of water alongside the moving train and then he vaulted himself onto the next car.

It was at the break of dawn, on a small island in Algonquin Park during a canoe trip we had made with friends. We had slept by the water under the stars, and I woke up to Lionel holding out a ring he had made with his grandmother’s gemstones. The mist was coming off the lake and the air was still.

We were married in the south of France and lived there for six months. Our honeymoon was a year long. We travelled through Asia and Africa and volunteered in Ethiopia.

Travel. Photography. Cooking. Sailing. And a deep passion for the magnificent beings we are raising.

Looking into the future

We don’t think about retirement. As artists and ever-evolving professionals, it’s hard to imagine a time when we’re not creating or changing something. But I am sure that time will be consistent with how we have lived so far: never a dull moment.