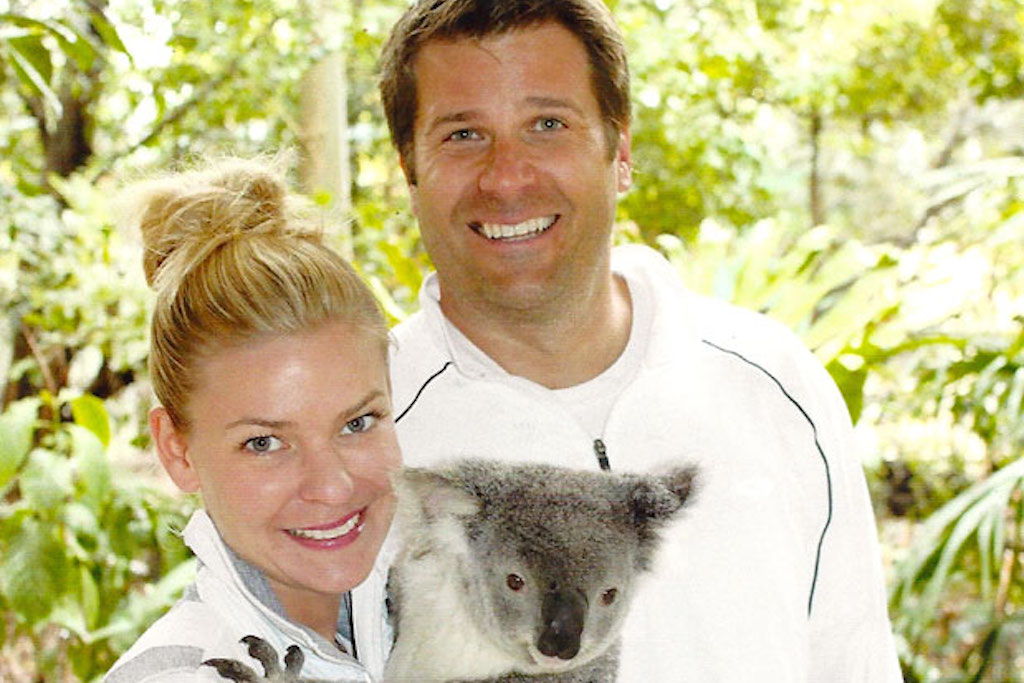 When Sandy Jobin-Bevans met Kylee Evans on Toronto’s Second City stage, it was the beginning of a new chapter in their lives. The duo starred in YTV’s Life With Boys, and now appear on Family Channel’s Just Like Mom & Dad. Here, the local funny man shares how he and his wife met.

How they met
We met back in 2004. Kylee was on a date, when she saw her first show at Second City, and I was in the cast. She asked a mutual friend to introduce us. Eventually that mutual friend would perform at our wedding ceremony!

The first date
Our first date was at the Woodbine Racetrack. We lost a lot of money on the ponies.

The courtship
Most of our courtship was getting to know each other while travelling together. We went to Cuba, St. Lucia and Jamaica together. Kylee and I also performed in a Second City show on a cruise ship for four months. The ship went from Miami to Alaska and all ports in between. When we survived four months in a tiny, tiny room with only a porthole for a window, we knew our relationship would work!

The proposal
The old Second City on Blue Jays Way was slated to be torn down and made into condos, so I tricked Kylee into breaking into the construction site, so we could stand where we first met. I got down on one knee, popped the question, and when Kylee said yes, we popped the champagne! Trespassing and drinking in public, what a perfect way to get engaged!

The big day
Our wedding was at Pictou Lodge in Pictou County, Nova Scotia. A few months before our wedding day, the kitchen burned down. We were obviously worried. They brought in kitchen trucks for the summer. When we arrived at the lodge, we realized the trucks were parked on the exact spot where the ceremony was supposed to take place! We remained calm, or at least one of us did, and found an even better spot. I mean, we were on the ocean — the whole place was beautiful! The actual ceremony was about having fun. We had beer in coolers and ended with Kylee’s mom’s bagpipe band piping us out. We completely surprised our guests with that one!

Working together
The highlight of our careers together so far has to be working together on YTV’s Life With Boys. I play the father of four, Jack Foster, and Kylee plays my stalker neighbour, Heather. Classic comedy!

Relationship advice
Laugh a ton, and never, ever go to bed angry. It’s OK to be mad at one another, but let it go before you go to sleep. You don’t want to wake up with a knife in your back.