How They Met: Rocky Horror Show cast member on finding her match
Skip to content 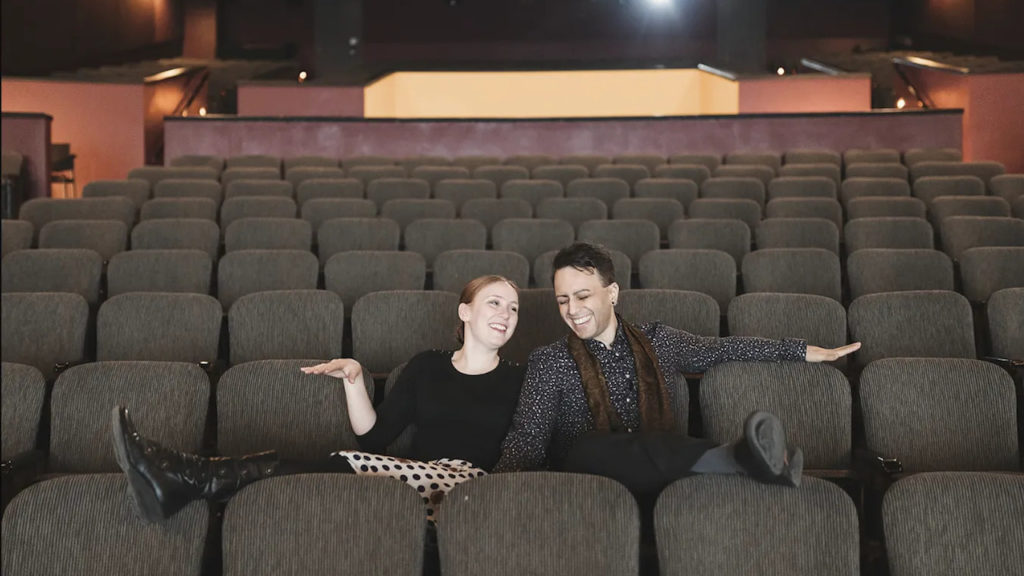 For Rena, co-cast head, stage manager and occasional Janet with Toronto’s long-running The Rocky Horror Picture Show shadow cast, the show isn’t just a career or an interest — it’s a way of life. Luckily, she found someone who loves it just as much as she does — her husband of four years and boyfriend of 14 years before that, Air’leth. The Excited Mental State cast member takes us on the “strange journey” of their meet cute at the former Bloor Cinema and their themed wedding. 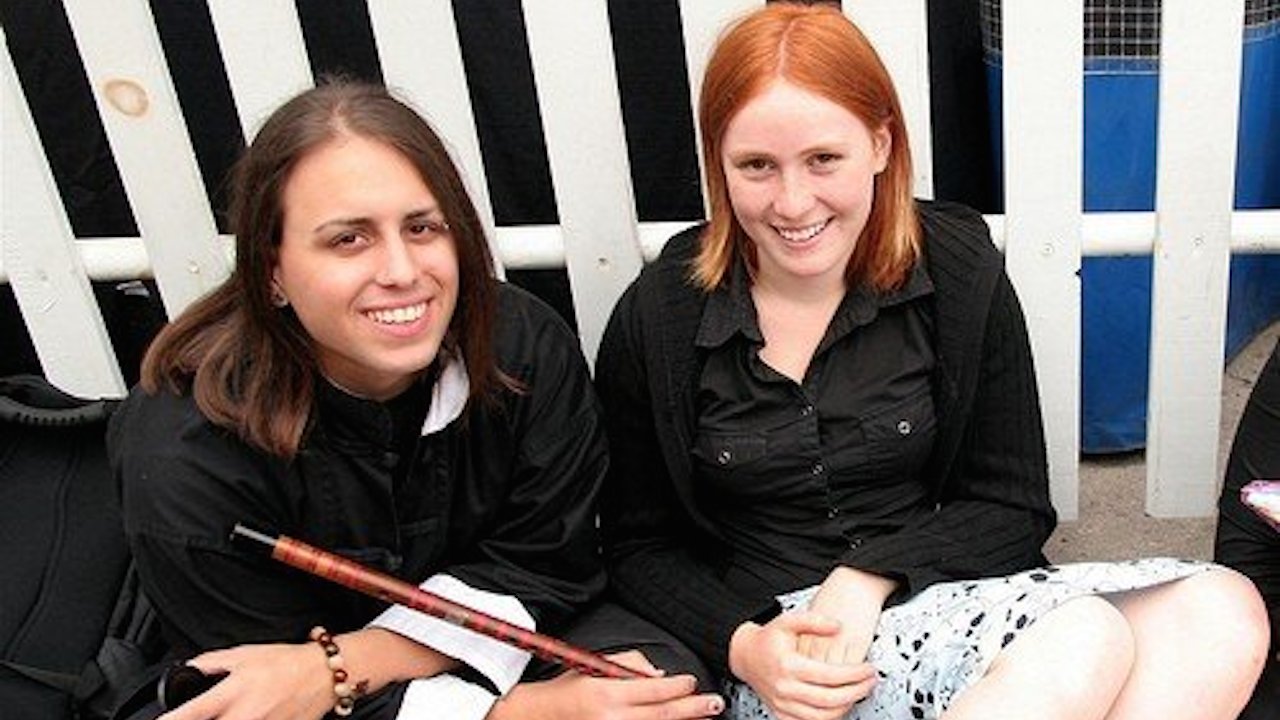 We met as teenagers in line for The Rocky Horror Picture Show at the then Bloor Cinema. We were both regulars who went the last Saturday of every month and showed up early to line up to get the best seat. Air’leth was there with his two best friends right in front of me. To pass the time, they started singing the music from Hedwig and the Angry Inch — a sort of Rocky Horror–adjacent cult film. Naturally, I sang along, and they turned and offered to let me sit with them. I think the first thing Air’leth said to me was, “Can you watch my bag for a minute?”

This being 2005, what ended up happening was he got my email address off of the Toronto Rocky Horror fan forum and added me on MSN Messenger.

We had a very strange but lovely first date: April 2, 2005. We met at a juice place and ended up walking from Queen and Spadina to Yonge Street to Bloor and back to Bathurst station. I think it was eight hours of just hanging out and talking. It was funny because we had been chatting online so much, but we still had so much to say in person! I was completely smitten with him. Not only were we both Rocky Horror fans, but we were both vegetarians, Jewish, cat lovers, etc. We got home and immediately kept chatting on MSN!

I brought him to my high school prom, and we kept dating as we both went to university in the city. We were still so young (17 and 18), so despite being madly in love, we took our time before taking any big steps.

We wanted to have a relatively traditional Jewish ceremony, but we had to throw in some nods to how we met. As everyone took their seats in the synagogue, my friend played a very gentle version of “Science Fiction, Double Feature” (Rocky Horror‘s opening song), and I walked down the aisle to “The Origin of Love” — one of the songs from Hedwig that we sang together that first time we met. We had an after-party at a bar downtown that night and hired three drag queens to perform. They brought us up onstage, and we danced “The Time Warp” to finish off the night! 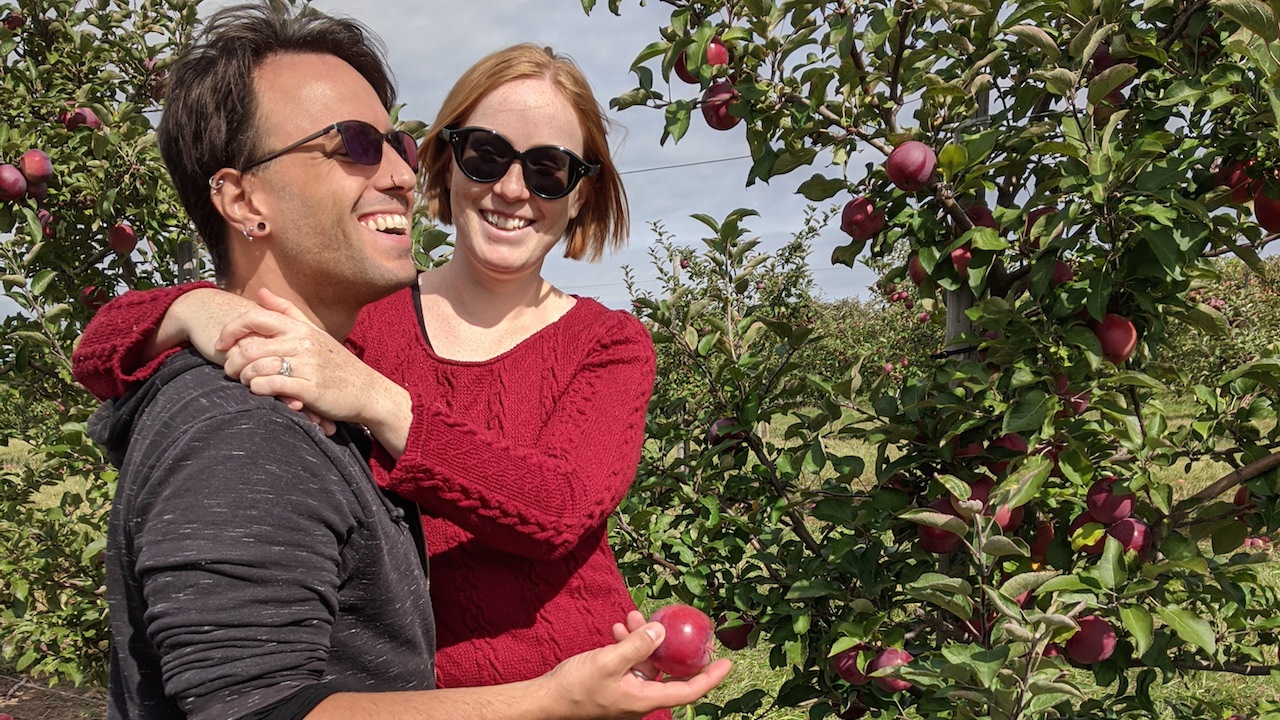 I remember feeling self-conscious about having to explain to my friends that there’s this weird movie from the ’70s and every month I get dressed up and watch it and can quote the whole thing because I’ve seen it 200 times. And then I met Air’leth — someone who not only understood that, but shared that! If you start your relationship knowing the weirdest thing about each other off the bat, that’s a great foundation.

Other than that, we grew up together, but I don’t think we would have had an easy time if we had gotten married at 19. Maybe 14 years was a bit long to wait, but I’m glad we were able to grow and get comfortable as adults and still find ourselves happy and in love.

I think we have a great balance of things we like to do together (seeing live music and theatre, hosting Shabbat dinners), as well as our own interests and passions that we pursue on our own.

I’ve seen lots of lifelong friends made at Rocky Horror. It warms my heart every time I see a giddy group of teenagers come to our show, all dressed up and excited about the chaotic joy around them. Rocky Horror is such a special community. That’s the reason it’s lasted for almost 50 years — it’s a fabulous place to let go, be free and be not only accepted for who you are, but celebrated!