How They Met: Performers Lisa Berry and Dion Johnstone on long-distance love - Streets Of Toronto
Skip to content 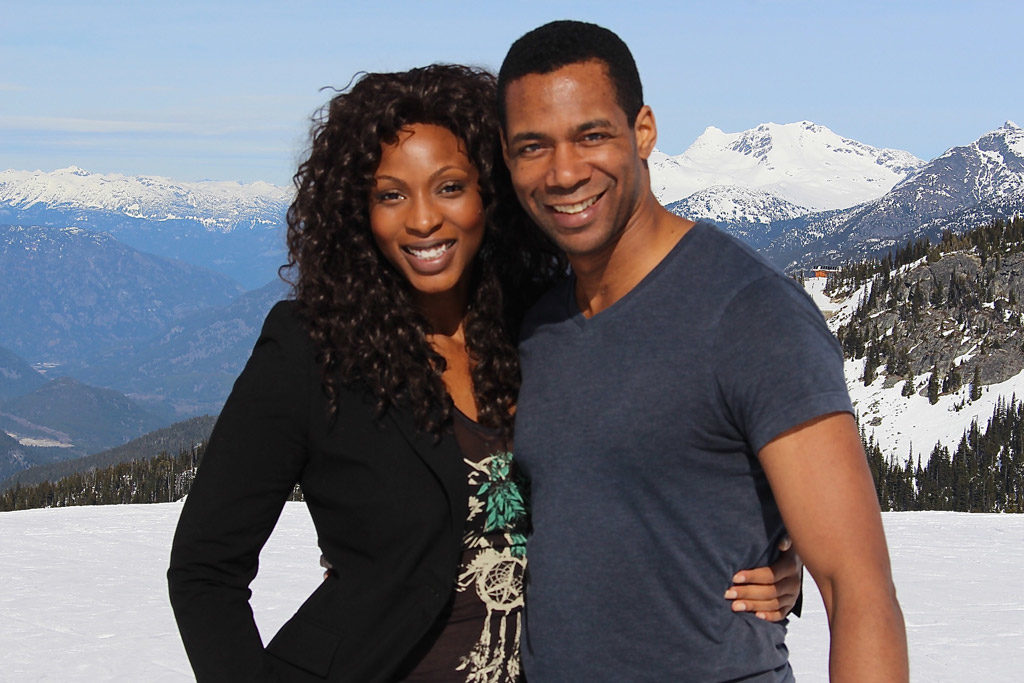 Supernatural and Shadowhunters star and Richmond Hill native Lisa Berry met her match in Dion Johnstone. The two share a love of Shakespeare, acting and comic books. Johnstone recently starred in Coriolanus off Broadway, and Berry will perform in The Madness of King George and An Octoroon at the Shaw Festival this summer. Although constantly on the move, the pair has settled in Toronto, for now.

How they met
Lisa: We met at Stratford, on the first day of rehearsals for To Kill a Mockingbird, but I feel as though our souls were aligning with each other long before that. My friends had floated his name to me in the past, saying I needed to meet him, but I’d been given the advice to be the person I wanted to be with if I wanted to find lasting love, so I didn’t want to date anyone. A year later when I walked into that rehearsal hall and looked up to see this tall, sexy black man standing across the room, I thought to myself, “Now I deserve you.” Only to find out it was Dion. Full circle.

The first date
Dion: Our first date was in Vancouver. We were already in a long-distance relationship after deciding to get together while I was visiting Toronto on a brief trip. Lisa flew into Vancouver for her first time to spend a few days with me, and I took her to see as many sites as I could. We hit Granville Island, downtown Vancouver, English Bay and Kitsilano Beach. I couldn’t believe how much fun I was having.

The courtship
Dion: Our courtship initially began with a year long-distance. We got very good at FaceTime dates. We would make popcorn, call each other via FaceTime, choose a film, sync the start and watch it together. Our first movie was Beowulf. After that year, I returned to Stratford and did a number of seasons back-to-back. We’d FaceTime a lot throughout the week and then spend the day off in either Toronto, where Lisa was, or in Stratford where I was.

The proposal
Dion: I had been planning to propose for months and racking my brain for the best way to do it. I wanted to give Lisa an experience she would never forget. I’d brought her to Whistler once before, but we only explored the village. I guessed that, if we went a second time to get a photo op we’d missed the first time by the Olympic rings, she wouldn’t suspect I was going to propose. I took her up the glass bottom Peak 2 Peak Gondola from Whistler Mountain to Blackcomb Mountain. When we got there, I convinced her to walk around the edge of the mountain summit for a better view for some photos.
Lisa: I didn’t expect it. He’s such a romantic guy. We were in Vancouver because Dion was doing a show, and once he was done, he would take me around the city, then walks on the beach and nice dinners on the water as the sun set. So when he said he planned a trip for us to go up to Whistler, I was all for it. He brought me to the top of Blackcomb Mountain. I was nervous I’d fall down the hill, but he took my hand and kept saying, “I got you” the entire time. Next thing I knew, he was on bended knee with a jewellery box in his hand. It was the most perfect ring. I squealed, then said yes.

Shared interests
Dion: We are both superhero nerds and love all things DC and Marvel. Lisa expertly created a motion comic version of a Superman Wonder Woman comic she loves and cast me as Clark (Superman) while she voiced Princess Diana (Wonder Woman). She cast two of our friends as other major voices as well. The film was met with both fan and DC creator approval.
Lisa: We love to cuddle on the couch and binge watch our favourite shows. We love travelling together and share a love for fitness and martial arts.

Secret of success
Dion: We have found that things work best when we follow our own momentum and not the ideas and belief structures of people around us. That means our relationship hasn’t followed the traditional path. We’ve made up our own rules along the way.