How They Met: Queen's Plate jockey on playing for keeps
Skip to content 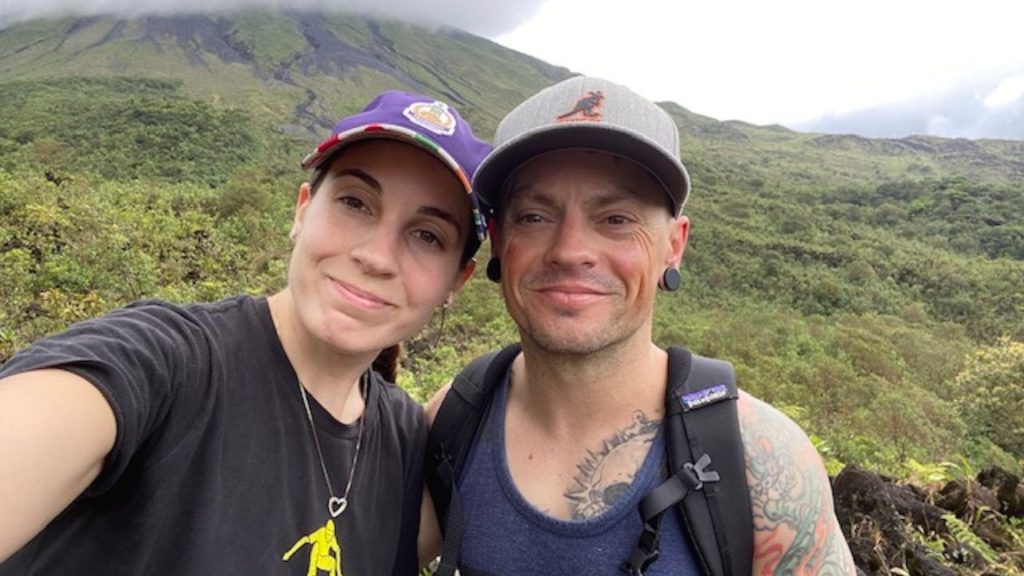 Justin Stein, a jockey in this year’s Queen’s Plate race, has been around the (Woodbine) block more than a few times. Since the start of his career in 2004, he’s had over 1,280 career wins, including a 2012 win at the Queen’s Plate aboard Strait of Dover. A seasoned professional, he even retired in 2016. But he came out of retirement in 2019 when he realized he had reached the point in his life where he knew the only thing that would make him happy again was riding racehorses. Ahead of the Queen’s Plate on Aug. 21, Justin shared the details of how he and his wife, Jennifer, met, for the first and second time, and the love of horse racing that connects them.

We originally met at Hastings Park in 2004 back when I was an apprentice. We have an 11-year age gap, but she told a lot of the trainers she played cards with in the kitchen, “I’m going to marry the bug boy!” (Which is an apprentice, just in racetracker terms.) And here we are. I think that’s so funny.

Jenn’s mother is also a trainer and has always been close friends with my father. We [Jenn and I] were reacquainted at Woodbine in 2019, when I came out of retirement and Jenn was assistant trainer for [Woodbine trainer] Lorne Richards at the time. She’s taught me so much about horses and has given me a new-found respect for the “bigger picture” of the sport and the racing world in general. I pay attention now to racing everywhere, and I feel that benefits me as a jockey. Not just knowing my horse, but knowing the horses I’m riding against. This sport is a team effort, and I’m grateful to have Jenn on my team.

The Keg on, ironically enough, Father’s Day in June of 2019. We both knew that night that we’d found our missing piece and we’re inseparable ever since.

We bought a C7 Corvette together and had some good adventures. We both have the need for speed, and from that first date up to now, the fire still burns hot, hot, hot!

Jenn and I are so similar, straightforward, yet spontaneous and a little shy. She knew I had the ring, and we both knew what we wanted. We were sitting on the couch at home, and I just asked.

The marriage and honeymoon 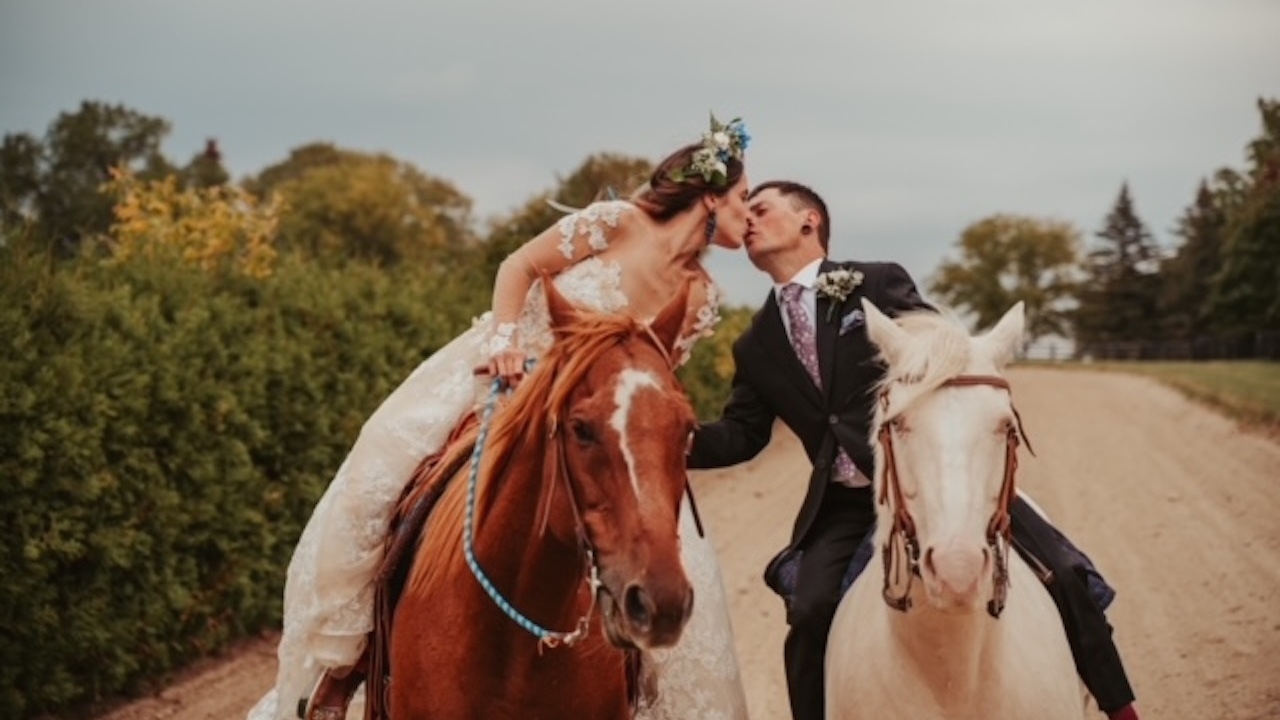 We were married on September 21, 2021, at Hidden Springs Farm. We went on an incredible honeymoon to La Fortuna, Costa Rica. We hiked to the highest legal point of the Arenal Volcano and even came back with a dog we rescued. It was a magical getaway. 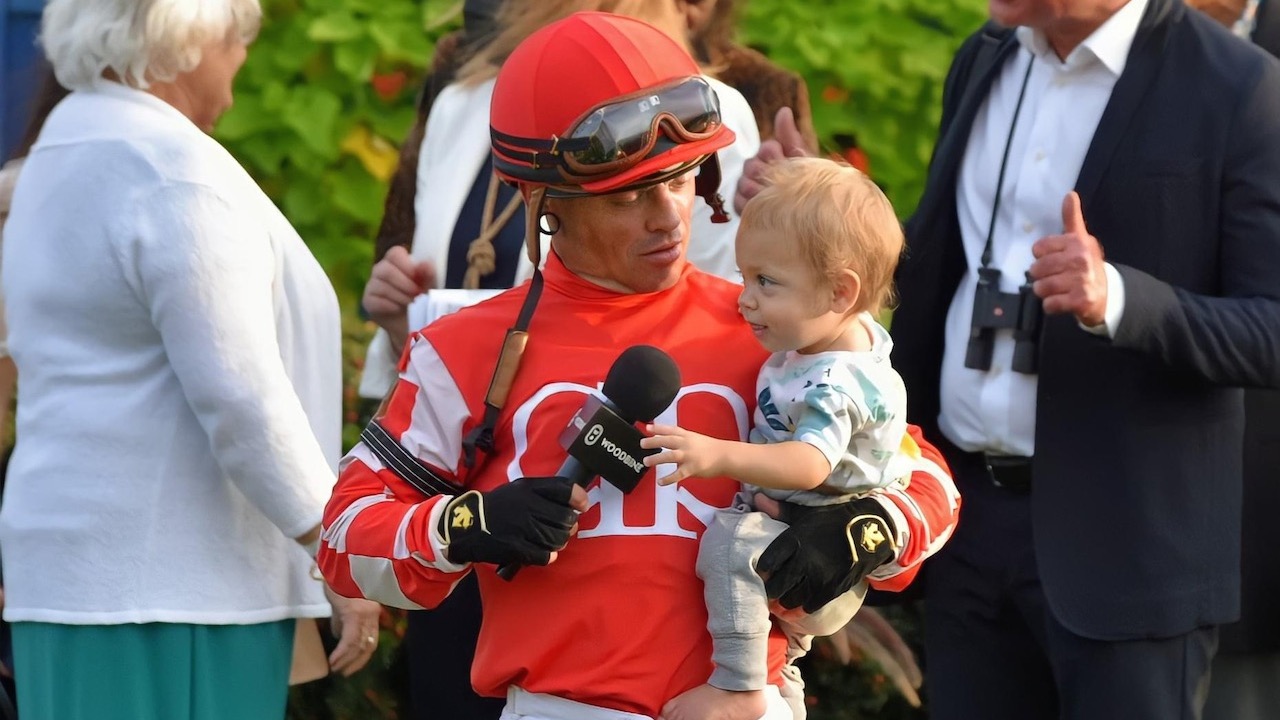 We have one, Benjamin Floyd Stein. He turned two on May 15!

We do everything as a team. Horse racing courses through our blood the same, so it is a huge part of our marriage. She is my biggest fan and supporter as a rider, and I will always respect her as a horsewoman and trainer. 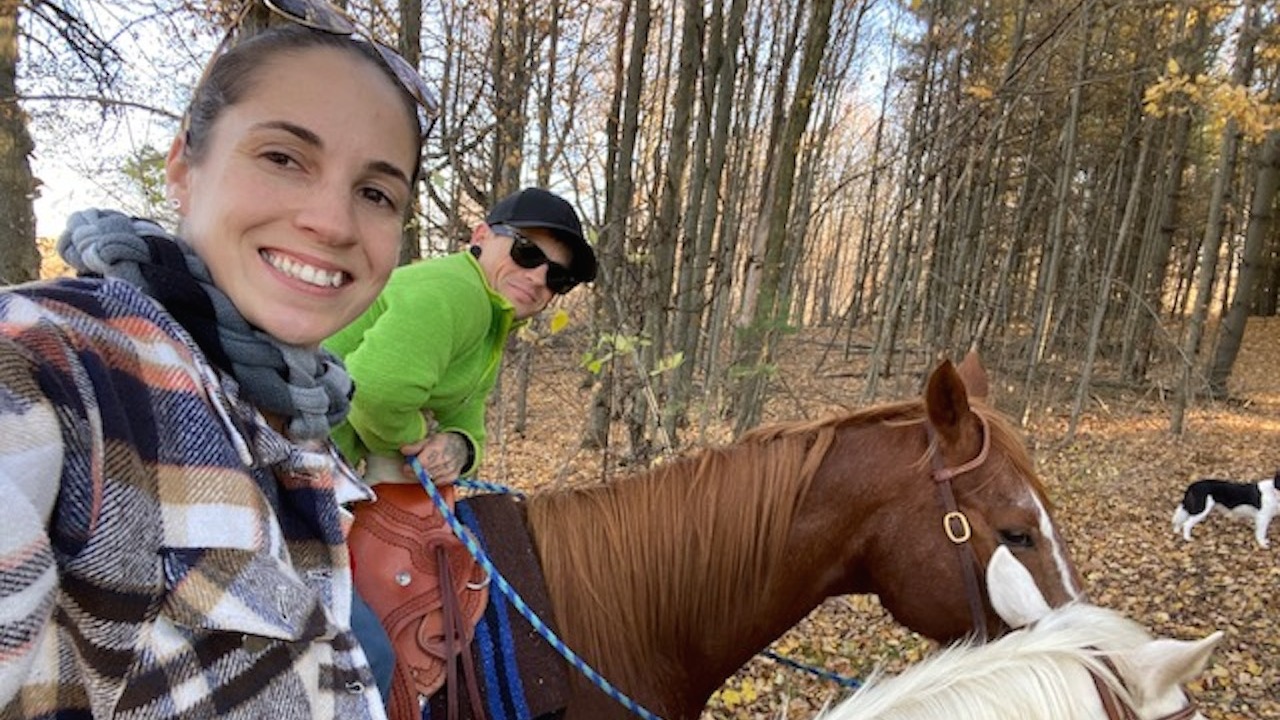 We hike, we paddle board, we snowboard, we love dogs, we both ride. Our horses were in our wedding, so we joke and say they got married on September 21 as well. Oh, and we both love shopping!

Be there on the good days and the bad. She has my back, and I have hers. First and foremost, we communicate well with each other because we know it will get resolved without an argument. There is nothing but trust there.

If you’ve ever seen the movie Up, it will be a lot like that. A little old couple still head over heels in love and full of life. “Adventure is out there!” And we are going to explore every nook and cranny before I get too old.